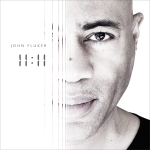 John Fluker is a man on a mission. As he describes it: “My life is about sharing my musical knowledge, using my talents to help other performers create inspiring music, and now, sharing my own music with the public in hopes that it brings them pleasure and a sense of peace. I feel that each time we create a piece of music we are closer to God and unlocking the great mysteries of our existence. My musical vision is to keep creating as long as I am able to.” Over the course of John’s extensive musical career, he has taken advantage of the numerous opportunities that have been presented to him to fulfill these goals and touch the lives of many people through his inspirational artistry. 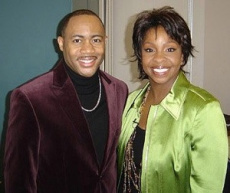 Among those opportunities have been the chance to be interact professionally with a number of the biggest names in music such as: Jennifer Lopez, Beyoncé, John Legend, Boys 2 Men, Dionne Warwick, Mavis Staples, and many more including , most notably,  legendary singer Gladys Knight, as her piano accompanist and musical director, which included a special performance with a full symphony orchestra at the 2006 Nobel Peace Prize Concert in Oslo, Norway. For a more complete glimpse into John’s musical history and background, see my feature article on his excellent earlier release, Star Eyes, which I wrote about a few years ago here on Music and Media Focus.

John’s latest release 11:11 has an interesting genesis, which he spoke about in our recent interview for this feature article. In John’s words: “I personally began noticing 11:11 on the clock many years ago and it always caught my attention. I didn’t know that others were also fascinated by the numerical sign.” (I had the same experience as well!) “As I developed more and more friendships surrounding my album, The Sound of Peace, I had many discussions and also did some research and was surprised of the abundance of information on the internet. Back in November 2009, before my album Star Eyes, a melody came to me that was very pensive and reminded me of

the ticking of a clock. I instantly knew it was titled “11:11” and I captured a solo piano performance of the idea. It was a very unusual melody but somehow it didn’t seem complete so I put it on he back burner and finished Star Eyes in the next two years.” A few years later he remembered that melody and began adding additional parts to it, and as he relates: “The whole piece just seemed to start coming alive and I was really excited. It filled me with great energy and I knew I had a central theme for an album.”

While his previous album which I wrote about was a solo piano release, this new one includes some compositions with additional instrumental tracks created by John on keyboards, as well as a number of his solo piano pieces. According to John: “I played all the keyboard parts myself. I thought about using other musicians and I plan to expand 11:11 in newer, unique and jazzier arrangements but this project focused on the digital age and I wanted to capture the purity of the arrangement and message without outside influences at this time.” With regard to his comment about the title track having “an unusual melody,” he went on to say: “I’ve always created compositions that were unusual and I’m thankful for the originality and special touch on the keys that people always seem to comment on. It’s from God and it’s my own unique expression. I was an oddball for a reason,” he humorously replied.”

The album opens with an appropriately titled track called “Awaken.” While the piano intro has a romantic classically- 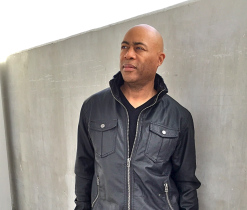 inspired feel, I was totally taken by surprise with what came next, especially being familiar only with John’s solo piano recordings. Layers of swirling atmospheric synthesizers came sweeping in, anchored by an electronic drum groove that whisk the listener away on a magic carpet ride of sound. Piano notes enhanced with digital effects echo and trail off into the distance adding to the ambiance – very cool!

The next track, “In The Beginning” features an elegantly powerful piano melody, enhanced with synthesizer accompaniment, although more subtle than on the first song. I was glad that I was listening to it with headphones to pick up on some of the layered electronic textures. A composition called “Artificial Time” has a dreamy drifting feel, with a down-tempo beat and ambient orchestration supporting John’s exceptional piano work. While John refers to his melodies as “unusual,” I don’t know if that’s the word I would use to describe them. I find them quite evocative and heartfelt, and a piece called “The 4th Dimension” is a perfect example. 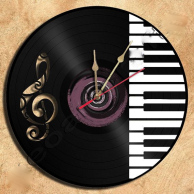 With track 5, “Piano Story (A.M.) we come to the album’s first fully solo piano piece, which combines contemporary instrumental and neo-classical elements. According to John: “I’ve been influenced by composers such as Debussy and Beethoven. Those two are my favorites. Debussy for his sensitive and impressionistic touch and Beethoven for his deep chord structures, underlined with a dramatic romantic touch.” From there, the next six pieces or so are primarily solo piano, or some with very understated orchestration. It’s interesting how John has tied the song names into the theme of “time” with titles like: “Tick-Tock Tale,” “Moments,” “Age of Eternity,” “Hour of Prayer,” and more.

When we get to the album’s title song, which is, not surprisingly, track 11, we are back in the groove. A funky electronic beat with elements of R&B and electronica provide a rhythmic foundation for John’s breezy piano to dance over. This piece is a real showcase for John’s outstanding piano skills as it evolves through various movements. I loved the way he incorporated the sound of a ticking clock in the quieter sections – a nice touch. In another appropriate and perfectly titled song, “The Joyful Clock Unwinds,” John brings the album to a peaceful conclusion with a stunning solo piano piece.

For me, this album had lots of surprises, and there is definitely something for everyone in its mix of elegant and soulful solo piano as well as contemporary groove-based tracks and electronic orchestration. Being a synthesizer player myself, I appreciated hearing John’s usage of electronic elements and the incredibly tasteful and masterful way he integrated them in support of his piano work. There is a tremendous emotional expressiveness that comes through in his playing, no doubt inspired by his deep spirituality. When I asked John about this in our interview, he shared: “I draw inspiration from my spiritual life and relationship to God. I feel that we are all a part of His glorious creation and we are all endowed with creative gifts that come from Him and express our 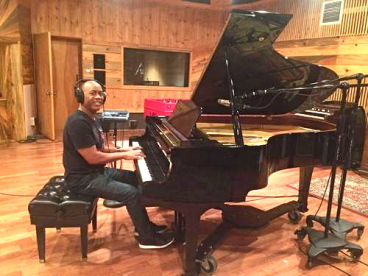 love for Him. Scientists tell us that the Universe is expanding and I believe our creativeness (spiritually) is a part of the whole process.”

As John mentioned earlier, his goal is to touch people’s lives with his music, and to this I would say, “mission accomplished.” Beyond being impressed with John’s remarkable abilities as a pianist and composer, as well as his skills in the studio as an arranger, there is a feeling that comes through in his music that I found quite moving and deeply inspiring. Its one of those intangible things that’s hard to put into words, but as the late Bob Marley said: “Who feels it knows it.” And I know that this is an album I’ll come back to again whenever I want to tap into that feeling. 11:11 is a stellar recording from one the genre’s preeminent talents.