Tim Neumark is someone I’m quite familiar with having written an extensive artist profile on recently. Readers who may be interested to learn more about background of this talented piano maestro can check out the feature article here on Music and Media Focus. I ended the profile by saying: “Keep an eye out for a storm on the horizon – an album called Storm that is.” Well, it has arrived, and I’m happy to break through the clouds to the eye of the storm and give a complete weather forecast.

While a lot of new age music is all feel-good sunshine and rainbows, on this album, Tim makes a marked departure from his previous music that included song titles like “With Wonder,” “A Moment of Joy,” and “Finding Hope.” So what is behind the more ominous title and theme of Tim Neumark’s latest recording? In his words: “I started this album with the idea that I wanted to write a darker, more minor-key album. I think with an album like that, I really need a theme to tie things together, rather than to just have one minor track after another. I chose the idea of a personal emotional storm for someone — death, divorce, or other major disappointment — because it’s something that’s relatable to all. The idea of a “storm” also made the story a bit allegorical, giving me just enough artistic freedom to fill in any missing parts the way I wanted.” He goes on to say: “In an era where individual tracks are the norm, Storm was composed as a single project that’s meant to be experienced from the first track to the last, while also providing tracks that are memorable enough to stand alone.”

Part of Tim’s motivation for this musical departure was challenge himself to step outside his comfort zone. He shares that: “In writing these compositions, I aimed to reach a different emotional depth that I had not previously explored.” As I wrote in my artist profile of Tim, his music is primarily based on real life events. While this is the case with this album, he emphasizes that it is not autobiographical, and is meant to be relevant to anyone who has gone through their own storms in life. However, while the music is reflective of personal challenges, he describes it as: “a journey from hope to disappointment, and ultimately to healing.” 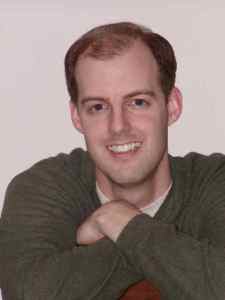 I’m always interested in a composer’s creative process, so I asked Tim about his in relation to this project. Here is what he had to say: “I’ve often been a title-before-song composer, but with this album the creative process was a little different because I had pretty much every title before I got started. So when I wanted to write a song, I’d look at the track list and determine which title struck me at the moment, and then I’d work on that piece. This is also the first album where I have not included track-by-track liner notes. I really just wanted the music to speak for itself, and I have received great feedback from listeners already.”

While, as mentioned, there are not track-by-track liner notes, I probed a bit deeper to learn from Tim, what some of his thoughts were in the creation of this music. I was particularly interested given the different course that Storm follows and I’ll share some of that in my discussion of the music. The album opens with the appropriately titled “Anticipation,” which Tim describes as setting the mood for the album. In his words: “This song is meant to convey the feeling of looking forward to something, but knowing in hindsight that things didn’t turn out how the listener had expected.” The music does capture the contrast of this perspective and is quite lovely despite its premonition of an approaching storm. That feeling carries over into the next track, entitled “Ice.” Tim describes it in this way: “This song is titled “Ice” because it’s meant to sound cold. It’s meant to sound a little bit distant, and I pictured this track as the part of the narrative where the negative emotion was forming itself in the distance.” I appreciated the remote spaciousness that this piece evoked, which reminded me at times of some of Keith Jarrett’s recordings on the ECM Records label.

An interesting change up happens with track 4, “Setting Sail,” which projects a more optimistic air and portrays a sense of forward motion. In Tim’s words: “This is unmistakably the most “major-key” sounding track, and this is the part of the narrative where the listener’s journey finally begins the journey, or the relationship, or the career or whatever it is that unfortunately doesn’t work out as expected.” However, things take an emotional turn on the next piece, entitled “Stolen,” where tragedy strikes. I find it fascinating that without even knowing anything about the narrative of this album, it’s emotional content is visceral, and the listener can’t help feeling what the composer is conveying. The slow paced heaviness of this track gives way to the rapid tempo of the next track, “Transitions,” which reveals the range of Tim’s piano technique with some of his most masterful playing.

The title track, as the name implies, is quite dark and impassioned. Its classical overtones are dramatic and provide 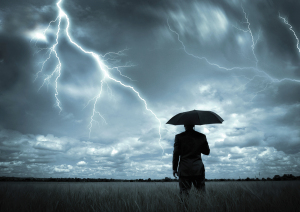 what Tim calls “the emotional center of the narrative.” I found a song entitled “Adrift,” to be entrancing either in spite of, or because of, its wistfulness and sense of longing it portrays. I appreciate the feeling of resolution that the album provides as it arcs towards its conclusion with the final two songs, “Forgiveness” and “Peace,” both beautiful compositions. By the time the recording ends, the listener feels like they have been through a journey. A wide spectrum of sentiment is present in the course of these twelve tracks, which provides a sometimes intense, yet immersive experience for the listener. I appreciate that Tim was willing to “step outside his comfort zone” to create this music which further reveals the breadth and depth of the talent displayed on his previous recordings. The listener may as well be required to step out of their own comfort zone to explore the emotional terrain of this album, but for those who are open, the experience is rewarding, and potentially cathartic. Tim Neumark has been on an upward evolutionary spiral with his music and this new release only serves to further his unfolding.