Forged in the fires of personal loss and tempered by the inspiration of overcoming, Jennifer DeFrayne has crafted musical gold from the lead of life’s challenges. Her sensitive piano melodies reflect a range of heartfelt emotions, from wistful remembrances to hope-filled dreams, and more. Produced by renowned Australian pianist Fiona Joy and Grammy winning Windham Hill Records founder Will Ackerman, a number of A-list studio musicians accompany Jennifer on her profound musical journey, making this an evocative and deeply moving listening experience.

Among the life challenges mentioned above are the passing of a number of family members that were very close to Jennifer, and to whom she has dedicated three of the songs on the album. However, in addition to this, in 2009 she suffered a stroke that left her with impairments in movement, memory, and speech. In her words: “After my recovery, I was driven by my passion to play the piano again and ‘reconnect with the wires’, and these songs were born, then almost 4 years to the date, I began my pursuits to make this CD.” She goes on to say: “The piano is my haven amidst turmoil and loss and my happy place in times of joy. I will always run to it when I need to tap deeper into emotions. In some ways it saved my life.” 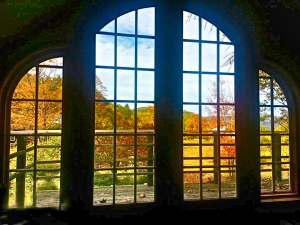 While I have had the opportunity of writing about dozens of albums produced by Will Ackerman, I was surprised and delighted to see that on Jennifer’s recording, the producer’s role was also shared by Fiona Joy, whose own music I’ve had the pleasure of reviewing as well. A consummate pianist in her own right, this is Fiona’s maiden voyage as a producer. In her words: “I have always wanted to move into producing as I find it very rewarding to share what I have learned along the way with others and using my creative ability to help bring musical art to life.  To work with an artist like Jennifer who has so much talent and yet has never recorded before is a wonderful experience. Jennifer’s music comes from passion, emotion, and a story worth telling. Her music is real and is deeply touching. And to end up with such a lovely, deep and musically satisfying album is testament to Jennifer’s commitment and the magic of Imaginary Road Studios.  I’m grateful to have learned my craft from such an amazing producer as Will Ackerman.”

Right from the opening track, “Sunrise to Sunset,” the heart energy and passion that Fiona described was evident. The descending chord progression of the intro drew me in and made me want to hear more. As the piece evolved, Jennifer was joined by Jeff Oster on flugelhorn, a musical wizard who adds his own special alchemy to any track on which he plays. Also contributing to the mix were the ethereal female vocals of Noah Wilding. In addition to engineering, mixing, and mastering the album, Tom Eaton went above and beyond providing bass guitar, background vocal, and a variety of percussion instruments – truly a man of many talents! The next track entitled “Calling Angels,” was one of the first songs Jennifer wrote after recovering from her stroke. I don’t know what kind of emotional mojo she has imbued it with, but it gave me chills when I heard it. Helping give the song it’s wings is an all-star cast of frequent Will Ackerman collaborators including Jill Haley on English horn, violinist Rebecca Daniel, Paul Winter Consort member Eugene Friesen on cello, percussionist Jeff Haynes who plays with the Pat Metheney Group, and bassist Tony Levin who is well known for his work with Peter Gabriel. This is quite a formidable group of accompanists, however, as on many of the projects produced at Imaginary Road Studio, their role is often understated, yet providing the perfect support for the artist.

While various combinations of these incredible studio musicians grace just about all of the songs on the album, for the 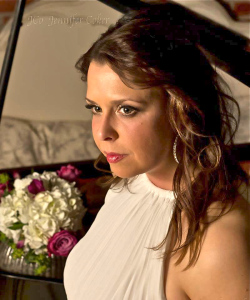 title track, Jennifer has chosen to fly solo. And her rich melodies and impeccable sense of dynamics can certainly stand on their own. The other song that Jennifer wrote after her recovery was “Hope Floats,” which while I’m sure was healing for her, also imparts an uplifting air to the listener as well. Equally affecting is the upbeat “Summer Reunion.” In addition to some of the aforementioned accompanists, this track includes violinist Charlie Bisharat, who plays with Yanni and John Tesh among others. And last but not least on the Hopi drum, is Will Ackerman himself, who also lends his legendary guitar skills to the next track, entitled “Once in a Lifetime.”

An interesting change of pace is a Latin-flavored tune called “Mexican Daydream,” that kicks off with the hand drumming of Jeff Haynes, who plays more than half a dozen different percussion instruments on this piece. It also features Fiona Joy sharing piano roles with Jennifer, as well as Charlie Bisharat on violin, cellist Eugene Friesen, and Tom Eaton on bass and keyboards. In contrast to the more reflective nature of most of the songs on the album, this one had a jazzy foot-tapping appeal that made it one of my favorites.

As the album draws to a close, Jeff Oster’s haunting flugelhorn lines and Noah Wilding’s misty wordless vocals echo out over the spacious sonic terrain of Jennifer’s sentimental melody on “Clear Night.” The vocals and flugelhorn sustaining in unison over the final fading piano notes provided one of the most intriguing endings I’ve heard in a while. For me, the thing that stands out most about the music of Jennifer DeFrayne is the emotional presence that permeates her compositions and the ability to communicate that through her playing. Guided by the expertise of Will Ackerman and Fiona Joy, Jennifer has created an auspicious debut recording that marks the emergence of a talented artist with a promising musical future.