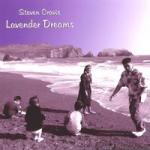 The lovely color and aromatic fragrance of lavender can enhance and brighten any space it is placed in. And so it is with the music of Steven Cravis on his Lavender Dreams album. Interestingly, although some of Steven’s songs have an upbeat groove to them, I find them to be both stimulating and relaxing at the same time, with an overall “feel-good” vibe – much like the effect that the scent of lavender produces. While this particular album is not his latest release, it is one definitely worth re-visiting and shining the spotlight on again. I wasn’t aware of it when it first came out, so I’m very glad to have this opportunity to hear it now and let others know about it as well.

In an interview with Music and Media Focus, I asked Steven about the inspiration for his music, to which he replied: “In music I often draw inspiration from melodies that come through my mind either in a dream, while sleeping (in which case I wake up and record my voice just singing the melody), or while walking. The melodies only will be available to me in that moment, so if I don’t record it right away (even if it’s 3:30 am) then I may never remember or get back that song idea. In life I draw inspiration from anything that is balanced, positive, or creative: health, natural scenery, fresh air, human kindness, meditation, even acknowledgement of the many miracles that surround us each day. In some cases I’m very affected by certain world events, tragic or happy, and those events may inspire a melody and composition.

Steven’s love of music has developed over a lifetime, starting around the age of 7, when he started taking piano lessons. 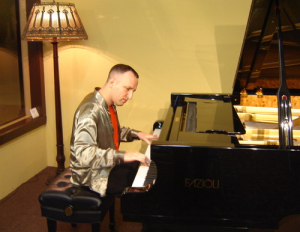 He was a quick learner and became interested in jazz and improvisation early on. In the interview, he talked about a pivotal experience he had a bit later in his music career: “When I first heard pianist George Winston, I learned several of his pieces by ear, and knew that I wanted to record pieces of my own in that (New Age / Windham Hill) style, which I did for my first two piano albums True Reflections and The Sound of Light.” In addition to George Winston, other musical inspirations for Steven include Liz Story, Andreas Vollenweider, Sting, Lyle Mays (of the Pat Metheney Group), and jazz great, Oscar Peterson.

While Steven has a number of influences, he has a sound that is not only his own, but expresses through a rainbow spectrum of styles and genres. Solo piano is a big part of Steven’s musical DNA, and the opening track, entitled “Land of Make Believe,” mainly features piano, with occasional subtle accents of ambient angelic choir. A word I would use to describe this piece is “fanciful,” as it flows through various movements and melodies like an enchanted musical storybook. The next track, “Jade’s Dream,” tells a whole different story however. With elements of jazz-fusion and new age, this ensemble piece moves to a funky toe-tapping groove. Steven played all the orchestration on keyboards and samplers, including the soaring Jan Hammer-like synth solo towards the end. 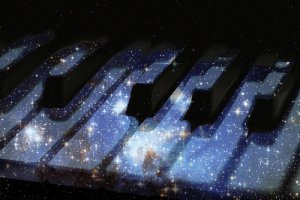 Following a mercurial Latin-tinged piano solo composition, is the more esoteric “Sonic Pyramids,” that would appeal to listeners who enjoy the music of artists like Kitaro and David Arkenstone. A track called “Shantawa unfolds with a gentle and mysterious flute melody over plucked harp, lush strings, and earthy percussion that I enjoyed very much. On “Tribal Secrets,” the sounds of conga’s and fretless bass propel this jazzy tune. According to Steven: “This song to me is about community spirit, sharing love and joy and respect for one another.” Track 7, “Shaman,” is what Steven calls a “transitional piece.” As he describes it: “This is where the album gets more hypnotic and trance like, and soothing, as the night goes on. I actually designed this CD to become more and more hypnotic and healing as it progresses through the tracks, with the intention to assist in dreamtime and meditation.”

As mentioned, different aspects of Steven’s musical personality are reflected on this album. A notable example is on a track called “The Somerset Miracle.” It’s a dramatic and emotional piece featuring piano and orchestration that is based on a true story of nine miners in Pennsylvania who were trapped underground and eventually rescued. Steven was deeply moved by this story as it unfolded on the news and wrote this song in dedication to the miners, their families, and rescuers. On the dreamy “Mystical Myst,” gentle harp, piano, strings, light percussion, and flute, brought to mind the music of English recording artist Medwyn Goodall. The longest track on the album, by far, is the twelve and a half-minute “Hypnoprism,” whose extended length gives the listener ample time to drift away on its enchanting melody. Lavender Dreams draws to a close with a brief interlude entitled “In My Dreams I Fly With You.” On this one, Steven uses an electronic effect on the piano that gives it an echoed, far-away feel as notes cascade and trail off in the distance.

For me, discovering this album was like finding hidden treasure. In addition to enjoying every track, the deeper I got into the 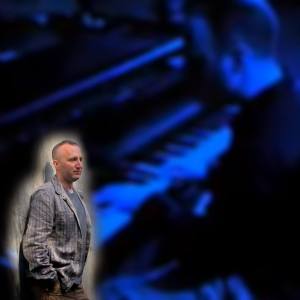 recording the more impressed I was with Steven’s keyboard skills as well as his gift for composition, arranging, and orchestration. For someone who is primarily a pianist, he as a wonderful flair for utilizing the sounds of a wide range of other instruments played on synthesizers or samplers. They are perfectly integrated into his songs and I appreciated his intuitiveness about when to bring them in and out in a composition. However for fans of solo piano, Steven has a number of albums available, including Healing Piano, as well as an upcoming one that is scheduled for release in late 2015 or early 2016. Steven has a strong intention for his recordings, and with that in mind, I’ll leave the last words to him: “The most significant thing that could happen with my music on a broad scale is for it to help people feel whole, reduce stress and contribute to peace.”