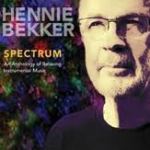 The prefix “multi-“ will be well used in describing the work of Hennie Bekker, who is a multi-platinum-selling musician, a multi-genre artist, and most certainly a multi-talented composer and arranger whose expansive discography includes over 60 albums. He also has one win and six nominations for the prestigious Juno Award, a Canadian music industry honor that is similar to a Grammy, and he has been named “one of the most prolific and successful figures in contemporary Canadian pop music” by Billboard Magazine. Hennie is perhaps best known in some circles for providing the music for the first 14 albums in a series entitled Dan Gibson’s Solitudes – Exploring Nature With Music, which as the title implies, blends Hennie’s soothing melodies with Dan’s globally recorded sounds of nature – a series that has sold literally millions of copies. As much of an accomplishment as this is, it is only one segment of Hennie Bekker’s musical journey which spans six decades. His road has been long and varied and it is one of the most interesting musical biographies I’ve heard in a while.

As a child growing up in a Zambian copper mining town in southern Africa, he was equally entranced by the sounds of the wilderness that surrounded him as well as by the tribal chanting and the drumming of miners who communicated rhythmically between mining camps at sundown. It was not long till he found his calling and spent eight years playing in various bands in Southern Africa, before eventually settling in Johannesburg where he became even more established in the music business – expanding his career to include hundreds of arrangements,  as well as film scores, music for television, radio, and commercials. During that period he also spent time in London, co-producing and arranging albums for well-known British artists. Perhaps he was influenced by the migratory patterns of animals from his African heritage to move from one place to another, but in 1987 he immigrated to Canada, where he has resided since. It was here that he expanded his new age music career producing a number of successful album series entitled Kaleidoscopes and Tranquility as well as African Tapestries. Taking it one step further he became involved in electronic and techno music with a band called BKS, which won a Juno award for Best Dance Recording in 1997.

This incredibly rich history is wonderfully illustrated in his latest release: Spectrum, which is a well-chosen compilation from a sampling from his many albums over the years. Subtitled: An Anthology of Relaxing Instrumental Music, the compositions reflect the diversity alluded to in his profile, yet interestingly enough, exhibit a sense of cohesion that makes it feel like a body of work rather than a collage of unrelated tracks that are all over the map. Although, in another sense, the term “all over the map” might be an appropriately descriptive phrase, given the variety of geographical locations represented within. 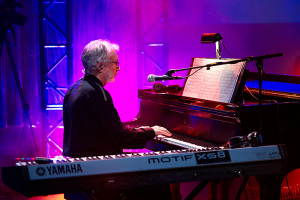 The album opens with “Spring Rain” which is a perfect start, breezing in like a gentle shower and watering the seeds of the fruit to come – in this case, 13 more tracks from his musical garden. As a keyboardist extraordinaire, Hennie’s lavish piano and synths create a beautiful soundscape with new age and classical overtones. Sounds of life awaken from deep within the jungle as the second song: “The Heart of Africa” begins to beat. This piece marks a shift to a more rhythmic energy, although still light and joyous enough to be a smooth and refreshing transition from the first song. The aforementioned geographical references can further be experienced as track 3 takes on a decidedly Brazilian flavor with “Bahia Nights” blending Latin and reggae influences – not an uncommon combination on the Atlantic Coast of Central and South America.

It’s safe to say that a lot of Hennie’s music has a film score feel to it, and that particular quality is especially apparent on the next track: “Mystical Mother” which is alternately dramatic and atmospheric, with contrasting upbeat tribal groove sections. The composition entitled “Urban Trance” showcases Hennie’s masterful ability to create a piece of music that moves with some velocity yet maintains a well-chilled vibe. A highlight for me was “Stormy Sunday” with its synth and sequencer-driven motion that brought to mind artists like Tangerine Dream, Jean Michel Jarre, and early Yanni. By comparison the nature sounds and blissful melodies of “Tranquility” and the more spacious drifting sound of “Entranced” were equally enjoyable.

There seems to be a bit of a yin-yang to the album in general with the rhythmic outgoing yang energy focused in the first half and the more inward yin energy in the second – although to be sure, both elements are found throughout. But the thing that ties it all together, and something I could not help being continuously impressed with is Hennie’s compositional ability and the level of expertise and creative vision he brings to whatever style of music he plays. Rarely have I heard a recording artist able to cover such diverse musical terrain and do it so well. From tender piano melodies, to dreamy ambient soundscapes and earthy African-influenced grooves, Hennie Bekker is a consummate composer and masterful musician. 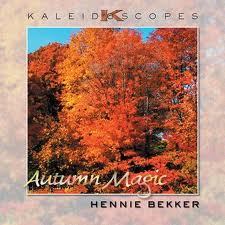 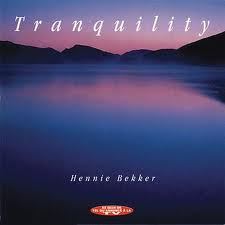 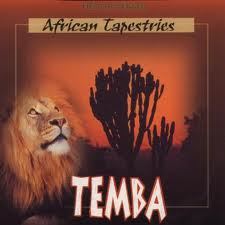 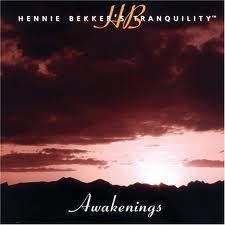