It’s been about two and a half years since I had the pleasure of writing about guitarist/composer Lawrence Blatt’s excellent previous release, Emergence. That feature article contained a good deal of information about Lawrence’s musical background, so readers who may be interested are encouraged to check out the link to it. One thing I’ve appreciated about his albums is that they are often based on interesting and unusual concepts. While Emergence was centered around a scientific theory of patterns found in nature, his latest release, Longitudes & Latitudes has a different inspiration. As Lawrence explains: “Early Greek explorers were the first to derive the idea of creating a gridded map of the world. This concept allowed people to develop maps and navigate the seas and lands using stars and other celestial bodies as guides. I have been fortunate in my life to have traveled to many places on our planet and this album was inspired by the beauty and diversity of our diverse and rich planet.” Each song on the album reflects a different place on the globe that Lawrence has visited and been inspired by.

This new release bears some interesting similarities to his previous work, as well as a number of differences. One thing in common is that like his last album, this one was also produced by GRAMMY award winner and Windham Hill Records founder Will Ackerman. In addition, it also features a number of Will’s world-class studio musicians providing accompaniment. As with just about all the albums produced at Will’s iconic Imaginary Road Studios in Vermont, the recording, mixing, and mastering was done by studio wiz Tom Eaton, whose own music I’ve had the opportunity to write about. Also sharing recording credits are Corin Nelson at Imaginary Road, and Gary Mankin in San Francisco. 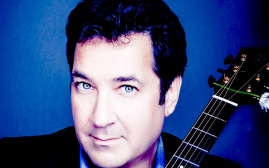 One feature that avid guitar fans will appreciate is that the specific tuning for each song is listed in the liner notes, as are the many guitars in Lawrence’s impressive collection, some of them quite special ones that were custom-made for him. This album was five years in the making and includes 15 songs of which all but one are originals. The lone cover tune, which concludes the album, is a version of Harold Arlen’s classic “Over the Rainbow,” performed solo on an Island Ukulele.  So passport in hand, let’s set off on our exploration of Longitudes & Latitudes. 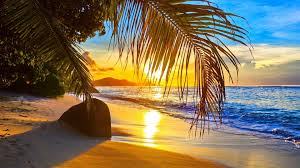 Beginning in Hawaii, the opening track, “Two Shades Of Sunshine,” could not be more appropriately titled, as it’s bright cheery melody and jazzy upbeat groove get things going on a sunny uplifting note. In addition to Lawrence on guitar, the tune features Tom Eaton on organ, sax and wind instrument player Premik Russell Tubbs, Sam Bevan on bass, Kelly Park on piano, and percussionist Jeff Haynes. As much as I generally like to provide background on the accompanists, with 15 tracks and many different players, there isn’t room to go into detail on each one. But suffice it to say, they are all absolutely top notch, having worked with some of the biggest names in music. The next song is the title track, and is quite universal in its scope. Just about all of the songs focus on a specific place, but this one’s point of reference is the world. The jazz influence heard on the first track is present here as well. Starting off with a more laid back feel, the tune picks up steam midway, before mellowing out at the end. In addition to some of the accompanists from the opening song, the maestro Will Ackerman himself, joins in on acoustic guitar.

Representing Florence, Italy is “A Place In Your Heart,” which has a warm romantic ambiance that evokes a vision of amore in this ancient city. The point of reference on a track called “Hyde Park Bench” is obvious in it’s mention of this well known London spot. A quiet, reflective, 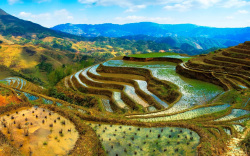 almost wistful feel characterizes this duet between Lawrence and Premik on soprano sax. Jumping across the world to China is a lovely pastoral piece called “Open Fields And Running Water,” that reminded me briefly in the beginning of guitarist Pat Metheney. This song also feature two artists who I’ve written about here on Music and Media Focus, pianist Kori Linae Carothers, and ambient flugelhorn master Jeff Oster. 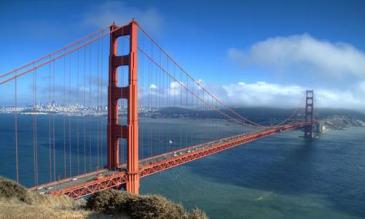 I was particularly interested to hear track 6, “Two Steps Down The Line,” as its location is my own home base of San Francisco. Propelled by a lilting Latin groove, this song is another toe-tapper that shines its light on the city by the bay. The breezy feel carries over into “I.M.A.” which not surprisingly focuses on Indianapolis, Indiana, as it was a place that Lawrence’s family moved to from southern California in his youth. Not to overdo the Pat Metheney reference, but people who like his sound will no doubt enjoy this track a lot as well.

In one of the album’s few solo guitar pieces, Belgium is highlighted on a brief interlude called “Morning In Beerse.” On this sensitive track, I particularly liked the way Lawrence’s use of space balanced the notes in his delicate phrasing, capturing the calm of the day’s early hours. The second of the three solo pieces, “The Places Left Behind,” is a title I can relate to as it focuses on another place I’ve lived, Boulder, Colorado. I enjoyed hearing the contrast of Lawrence playing on his own compared to in an ensemble, while it also emphasizes the diversity of styles he is accomplished in. 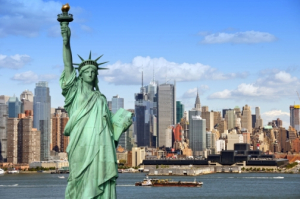 Ellis Island.” Both are on the jazzy side, with the latter being more swinging and featuring soulful violin work by Charlie Bisharat and clarinet by Jim Rothermel, among the other previously mentioned accompanists. More Latin rhythms are heard in “Noches De Barcelona” and “Slow Walk Past The Bank,” a tribute to Paris. Shifting gears to bring the album to a close is the aforementioned “Over The Rainbow,” played solo on ukulele. It took me a minute to get the meaning of why the location related to this song was Lawrence, Kansas, but then I remembered that this song was written for “The Wizard of Oz” movie, with it’s iconic “… we’re not in Kansas anymore” line. Although judging by the longitude and latitude listed in the liner notes for this song, I guess we are.

By the time the album ends, you really feel like you’ve been on a journey, especially if you’ve been following along with the locations listed in the notes. But in addition to the geographical diversity is the mélange of musical moods and melodies that illustrate Lawrence Blatt’s consummate skill as a guitarist. As he describes: “In some cases, being a solo instrumentalist is difficult since I cannot use lyrics to directly express my thoughts and feelings. In another sense, this is highly cathartic as my music can communicate in any language and I can create new patterns of communication through sounds and rhythms.” 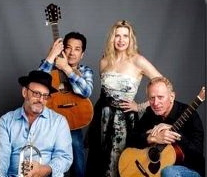 While Lawrence often composes and performs as a solo artist, a glimpse into the near future sees a new role for him as a member of an innovative new super group comprised of Lawrence along with fellow guitarist Will Ackerman, Jeff Oster on trumpet and flugelhorn, and Australian pianist Fiona Joy. The group is called FLOW, and expects to tour in 2017. This is a highly anticipated event in the music community, and one that I am very much looking forward to. But for now I am quite content to revisit the many stops on the global expedition represented in this album. Longitudes & Latitudes represents such a rich compendium of world-class music, that it will take me many listenings to absorb it all. Lawrence Blatt is a brilliant composer and instrumentalist who has transcended the high bar he has previously set with his music to produce an album that stands as a crowning achievement in his illustrious career.