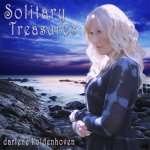 While you may or may not immediately recognize Darlene Koldenhoven by name, there is a good chance you have heard her voice. It could have been in her appearance as the featured soprano soloist on Yanni – Live At The Acropolis which has been seen by over 1.5 billion viewers on PBS, or perhaps in her role as the tambourine-waving choir nun and real life vocal coach/choir director for Sister Act and Sister Act II with Whoopie Goldberg. Other possibilities include her multiple appearances on The Academy Awards and three American Idol specials. The major artists she has performed or recorded with include: Barbara Streisand, Celine Dion, Rod Stewart, Neil Young, Ramsey Lewis, The Chicago Symphony Orchestra, London’s Royal Philharmonic, and my favorite, Pink Floyd on their “Momentary Lapse Of Reason” recording, which she received a Platinum Album for. And while this is indeed an impressive array of accolades, I should point out that this is an abbreviated list. 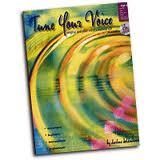 Conservatory College. Music education is vitally important to her and she has created and published a program entitled Tune Your Voice comprised of a book and seven instructional CD’s. In her words: ““Singing is a learned experience and often people are afraid to open themselves to the uplifting energy of singing and the powers of music. By creating the Tune Your Voice program, it allows me to reach everyone, empowering them to enhance the quality of their life by experiencing the joy and nurturing effects of singing and appreciating music.”

As a recording artist of her own music, Darlene has been prolific. Solitary Treasures is her seventh album, and is one of three she released in 2011 alone. Given the extraordinary range of her musical resume, it is hardly surprising that this album showcases that diversity, encompassing classical, opera, pop, rock, world music, and more. In addition to singing lead and harmonies on the album, she also arranged, orchestrated, played piano and keyboards, as well as engineering and programming eight of the twelve tracks – three of which were written by her.

Solitary Treasures opens with a spectacular rendering of “Nessun Dorma from Tunandot.” Not long ago I heard that selection sung by Aretha Franklin who brought the house down with her powerful performance. While Aretha was amazing as always, on a personal level, I was as deeply moved, if not more so, by Darlene’s version.  The mood changes a bit on track two (although I could probably use that statement as a prefix for describing every track) as the Italian classical crossover aria “Lo Specchio” is sung – in Italian, no less. The vocal harmonies create an angelic air that could truly be described as heavenly. Moving on to a more cinematic reference point, a brief version of “Claire De Lune” serves as an introduction to “Bella’s Lullaby” from the soundtrack of the hugely popular film Twilight, which is beautifully orchestrated here and sung in wordless vocals. Continuing in the film score/ contemporary culture vein, Darlene gives a most inventive interpretation of Seal’s “Kiss From A Rose,” which had been featured on the soundtrack to Batman Forever. In spite of this being a challenging and idiosyncratic song to sing, her interpretation not only succeeds, but  adds some interesting variations – not the least of which is the  inclusion of children and adult choirs that enter midway for an unexpected interlude that builds to a rousing crescendo. 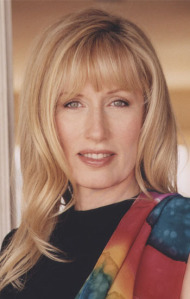 As mentioned, world music influences are represented on the recording, and of particular note were the breezy Latin rhythms of “Ay Carino” which Darlene sings in Spanish. Reflecting a distinctly different cultural fusion was a medley entitled “A Celtic American Treasury.” The lone instrumental composition on the album is a lovely piece called “Lucid See” which would be equally at home on new age or smooth jazz radio. While there is no shortage of emotionally evocative music on the album, a real high point is the stirring “Remember Me” which was written as a tribute to our nation’s military heroes, including Darlene’s late father. In an interesting juxtaposition of yin and yang, the song is both touching and tender in parts, while the middle section rocks out with a soaring electric guitar solo by Mike Miller, whose outstanding playing on a variety of fretted instruments is heard throughout the album. There is also an inspiring slideshow/ video set to this soundtrack that can be viewed at: http://www.youtube.com/watch?v=WO3m33dTDkg

Solitary Treasures is a masterpiece by one of the most truly remarkable vocal talents I have heard in quite a while. Accompanied by a host of world-class musicians, Darlene Koldenhoven shines not only as a virtuoso vocalist, but also as a composer, arranger, orchestrator, and instrumentalist. It is a rare gift to be able to cover such diverse musical terrain and to do it all so exceedingly well. As the title implies, there is treasure to be found within the tracks of this exceptional recording – and not just in the music, but in the motivation behind it as well. As Darlene explains: “I enjoy motivating people and sharing my gifts with others, whether it be through my music, my singing, or through music education. I’m grateful for the divine gifts I have been given and for the privilege of helping others, engaged in something I absolutely love – music. It was my desire to do an album that could touch all people and bring the beauty of these melodies to each and every land, simply creating beauty in everyday life.”