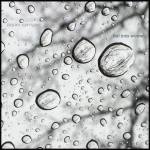 Looking out my window a few days before Thanksgiving, and seeing the red and golden leaves drifting gently from the trees to the ground, it seems like the perfect time to be listening to and writing about the latest release from Bryan Carrigan entitled “Fall Into Winter.” While this would be considered a seasonal recording, it’s not a holiday album. In fact, as Bryan humorously shares: “This is not your mama’s seasonal album and absolutely no ‘Jingle Bells’ or Christmas covers were harmed in the making of this CD.” He goes on to describe it as: “…loaded with over 73 minutes of wintery ambient goodness, capturing not only the cold and dark tone of winter but the stillness, beauty, and introspection that the season evokes.”

This is Bryan’s sixth album and was two years in the making. I must admit, I’ve become quite a fan and have had the pleasure of writing about his previous release Inspired, a little over a year ago. Although Bryan Carrigan has made quite a name for himself in the entertainment industry, for those who may not be familiar, I will borrow a quote from the feature article I wrote about his last album: “ Bryan has been described in Wikipedia as an American music producer, 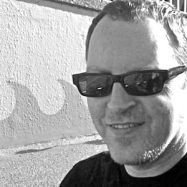 engineer, and electronic musician that has been involved in the production of studio albums and film scores. Carrigan is also known for serving multiple roles in the recording studio as music editor, programming and sound design.” Also, “In addition to his own music, the variety of projects Bryan has been involved with in one way or another is impressive, and ranges from Frank Sinatra and Quincy Jones to Aerosmith and Alanis Morrissette, to name but a very few. He has been awarded over a dozen gold and platinum albums and worked on a number of GRAMMY, EMMY, and OSCAR projects.”

As can be expected with a title like “The Calm Before,” the opening track evokes a feeling of serenity with a hint of a chill in the sonic air. With its spacious synthesizers and archetypal Hearts of Space sound, it makes for a peaceful portal into the album. As we move into the next track, the intriguingly named, “Tellings From The Raven,” the music becomes more animated as soft twinkling electric piano notes, swirling synth textures, and atmospheric percussive accents intertwine around gently percolating sequencers, bringing to mind quieter moments from Tangerine Dream and Patrick O’Hearn. I was entranced by the intricate interplay of instruments and the dreamy web they weave. “Deepest Of Night” starts out in a slower, more somber mood, before evolving into a lightly rhythmic soundscape about half way through. 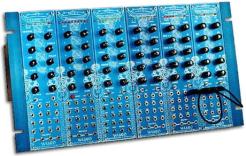 Track 4, “Frozen Meadow” is the first of two songs created using a particular type of instrumentation and technology. The track was recorded with an analog modular synthesizer through Moog and Roland effects, which create incredible depth and space. For those who are not synth geeks (like me) this instrument is a modern version of the early synthesizers that looked more like telephone switchboards than keyboards. The sound is quite otherworldly, leading me to wonder if the frozen meadow referred to in the title is perhaps located on one of the moons of Jupiter. It’s very trippy and is more of a sonic landscape than a melodic piece. It’s back to earth (kind of) on the next song, “Enchanted Cabin.” While still quite atmospheric, the subtle percussive groove anchors and animates the track. I found Bryan’s tasteful use of echo and delay on particular sounds added additional interest to the mix. Although the word “enchanted” is used in the title of this song, it could easily describe every song on the album, including the next track, “A Hundred Winters Old.”

By now, having a general idea of the sound and style of the album, on the remaining 6 tracks I’ll point out what were for me, some of my favorite highlights and details. An interesting little touch was the sound of children’s laughter in the beginning of “Snow Day,” that perhaps reflects the sound 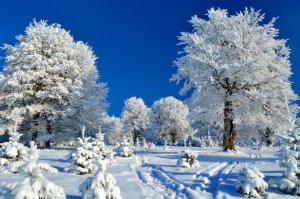 of joy in not having school that day. There are also some sustained low-midrange tones, which brought to mind the distinctive soaring fretless bass tones of former Windham Hill bassist Michael Manring. Track 8, “Whiteout,” is the second of the two songs that use the aforementioned modular analog synthesizer. And like its predecessor, is also an electronic tone poem with some of the most unique and “out-there” sounds I’ve heard in a while. And speaking of cool sounds, I really liked the bouncy bubbly sequencer that provided a nice yin-yang contrast to the more expansive floating synthscapes in that track. On a very different note was “Fallen Leaves,” which is essentially a solo piano piece with subtle electronic accents. The album ends as it began in a dreamy meditative mood; this one created in a spacious 22-minute composition entitled “Comparing Snowflakes.”

Fall Into Winter is easily one of my favorite recordings of the year. Bryan Carrigan is a master of sounds and sonic spaces who is on par with some of the best in the genre including Jonn Serrie, Constance Demby, Jeff Pearce, Craig Padilla, and others frequently heard on radio programs like Echoes and Hearts of Space. Whether in a more structured composition or a free form space journey, Bryan’s ability to blend a diverse spectrum of tones and textures is truly alchemical and the result is pure musical magic.