The title of pianist Neil Patton’s award-winning album Between Shadow And Light provides more than a hint of the thematic direction and inspiration of the recording. According to Neil: “This album was largely inspired by people in my life (myself included) who are traveling through valleys of suffering and healing.” In the course of our interview, he elaborated on the album’s genesis and evolution: “I had two different artist friends challenge me to write songs of healing, and I finally accepted the challenge, but rather than composing a single piece, I went with an entire album. It can be difficult to communicate these ideas through instrumental music, but I tried to create evocative titles that point the listener in a direction close to where I was going.”

While Neil hopes that these pieces will encourage others in their journeys, the creation of them was also healing for himself as well: “These pieces were a bit of therapy in themselves, helping me with the emotions of the healing process, and also helping me to find hope in the midst of my own trials. In addition, as noted in the CD, the album is dedicated to the healers: pastors, priests, doctors, nurses, counselors, therapists, teachers and other shepherds who have dedicated their lives to the healing of others.” I should note that anyone interested in this album would do well to consider buying the CD, rather than a download, for the CD liner notes that talk about the inspiration for each track.

When I mentioned about this album being “award-winning,” I was referring to the fact that it was named Album of the Year for 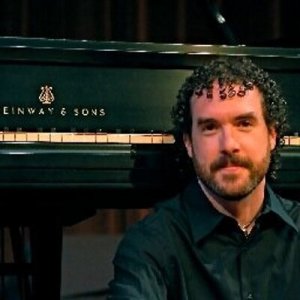 2015 at MainlyPiano.com, and has been nominated for other awards, as well. In fact, highly regarded music reviewer Kathy Parsons of MainlyPiano.com said of this album: “There are a lot of really good pianists on the contemporary piano scene, but only a few are breath-taking, and Neil Patton is one of those.” That is high praise coming from one who is as knowledgeable about piano artists and albums as Kathy is. Neil’s previous recordings have also garnered numerous nominations, accolades, and airplay.

Neil studied classical piano from the age of five and continued on to graduate with honors from the University of Oregon School of Music and Dance in 1994. In his younger years, Neil studied the well-known classical composers, but eventually lost interest until a piano teacher of his allowed him to learn from a songbook of rock music that he was into at the time. That re-ignited his passion and he knew then that music was his calling. In 1996 Neil began to work full-time as a musician in various capacities. He opened a private piano teaching studio in 1997, and now teaches 30 students in his home office and at New Hope Christian College in Eugene, Oregon where he lives. In addition to Neil’s various musical influences, his deep-rooted Christian faith is a major source of inspiration in his life.

There is a great deal of thoughtfulness and meaning in Neil’s music, and in our interview he was gracious enough to share about that in detail. The first of the album’s 13 tracks is entitled “Rhyme Or Reason.” According to Neil: “I dedicated this piece to a former co-worker of mine who was diagnosed with ALS (Lou Gehrig’s Disease). The light and dark character of the piece reflects the questions one deals with when facing something that seems hopeless: Is there a rhyme or reason to what I’m going through?” This piece grabbed me right from the beginning with its lovely waltz cadence and classical influence. As it evolved through various movements, I could hear what Neil meant by the “light and dark character.” He has a wonderful sense of dynamics both within a particular passage as well as transiting from one to another.

With so many tracks on the album, I won’t go into detail on all of them, but will present a number of the highlights on this beautifully sensitive recording. The second track entitled “Surface Tension” is quite up-tempo and is a showcase for the more intricate and ornate side of Neil’s playing. I particularly liked the words that Neil shared about this song: “We wear our outer appearance and reputation like armor. We walk on the surface of a lake of fear, hoping our next step doesn’t break through. Yet, how can healing begin, unless our wounds are exposed and dealt with?” 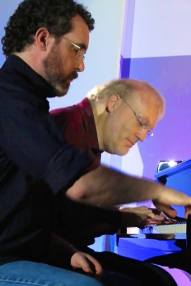 The title track, which is called “Nocturne (Between Shadow and Light) is a heartfelt an moving composition which Neil wrote for his parents. There is an interesting back-story to this song, which Neil described in this way: “This piece started as a possible duet to work on with pianist David Nevue. (We composed a piece together, called ‘Clockwork’ for his Winding Down release.) However, the more I played with it, the more I wanted to finish this one myself. As I developed the piece, certain emotions attached themselves to the notes. I was particularly reminded of my Father, who died in 2002 after a long illness. He faced his illness with grace and even humor, and my mother took on more responsibilities for him as he weakened. I always admired them as they traveled that difficult road together…. walking in the valley of the shadow of death, while seeing the light of hope and faith in the distance.”

One of my favorite tracks was the upbeat and exuberant “Flights Of Angels,” which actually draws it title from one of the last lines in Shakespeare’s Hamlet.” According to Neil: “The joy and sheer energy of the music reminds me of what it must have been like to set foot on the shores of Heaven, and to run without pain or hindrance into the arms of God.” This piece has an emotionally uplifting feel that is palpable and I found myself listening to it a number of times. By contrast, the next track “The Hands Of The Healer,” has a quieter, more reflective ambience that Neil dedicates to a team of medical professionals who helped him heal from a debilitating hand and wrist problem that affected his ability to play the piano. An even greater contrast is found in the wistful strains of a song called The Long Goodbye,” which is a reference to the ravages of Alzheimer’s disease.

Another quieter, more understated piece simply titled “Hope,” is described by Neil in this way: “One of my goals for this album 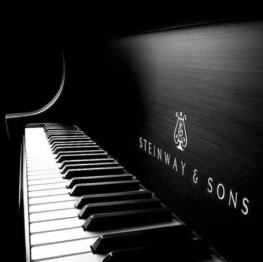 was to provide hope for those going through dark valleys of illness, depression, anxiety, and the deaths of loved ones. Usually my pieces are started or even finished before a title comes to mind, but this one was composed from the beginning with the concept of “hope” as the goal.” The album concludes with “Moonrise,” which was inspired by a photograph of the moon taken by Ansel Adams in Yosemite National Park in 1948. There are some unique sonic qualities and reverberation that are heard on this piece. I was interested to read in the liner notes: “All the source sounds in this piece were recorded inside the piano.” At almost 7 minutes in length, it is by far the longest track on the album and has a bit more of an impressionistic air than some of the other more highly structured compositions. This was another of my favorites.

Neil Patton’s piano playing has been described as “breathtaking,” and after listening to “Between Shadow And Light” in detail, I would have to agree. His range is expansive and I was greatly impressed with his ability to play with measured restraint in one moment and then pull out all the stops in the next. Yet beyond Neil’s technical expertise is a depth of feeling that reveals a soul who has experienced both the bitter and the sweet fruits from the tree of life and is capable of expressing them with great eloquence in his heartfelt compositions and playing.