Sporting one of my favorite album covers that I’ve seen in a while, Castle Moon, the new release by pianist and composer Joseph Akins offers an interesting yin/yang contrast with his previous album A Southern Sun, which I also had the pleasure of writing about. That album, as the title implies, had a solar theme and a brighter ambiance in comparison to the new album’s moon theme and corresponding musical direction. According to Joseph: “This album has a nightly theme. Overall, it has a darker, mysterious sound. This was accomplished by the use of more minor keys and exotic scales. I wanted to create an album that was the antithesis of my previous album.” Castle Moon includes 11 original solo piano compositions, as well as Joseph’s arrangement of the theme from the popular HBO series, “Game of Thrones.” The album is being promoted by New Vision Music.

While my feature articles usually include extensive biographical material about the artist, having covered that in detail when writing about Joseph’s previous album, I’ll refer readers who may be interested to the above link for A Southern Sun, rather than repeating the info here. However, since writing about that album in 2013, I had the opportunity to meet Joseph in person last year at the ZMR Awards in New Orleans and get to know him better during an extended chat at a local coffee shop. One of the things I was most impressed with, in addition to his music, is his work as an award-winning tenured professor at Middle Tennessee State University where he teaches courses in music production. Joseph holds a bachelor and master degrees in Music and a doctorate in Education. At MTSU, Joseph teaches courses in Pro Tools (recording software), MIDI and Sound Synthesis. Although he is deeply immersed and an expert in the world of synthesizers and electronic music,  it is interesting that Joseph has chosen present his musical face to the world as a solo acoustic pianist. 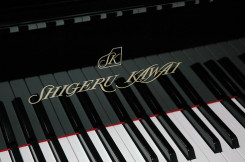 To record this project Joseph traveled to Piano Haven Studio in Sedona, Arizona, where they have a world-class Shigeru Kawai piano, as well as the engineering talents of Joe Bongiorno who is highly regarded in this genre of music. In our interview, Joseph shared: “I’m really pleased with the sound of the piano and the recording. It has a very clear, smooth and medium brightness too it. I especially like the higher register of the piano. It sounds crystal clear and very pleasant.”

Also, while at the studio, Joseph recorded piano tracks for Bill Leslie’s brilliant new #1 ZMR album, Across the Water. For a while, there was some question as to whether Castle Moon would even be recorded after an accident that left Joseph with a fractured wrist and put him out of commission on the piano for a while. But fortunately he recovered in time to travel to Sedona and work on this album. In the few short months that Castle Moon has been out it has been nominated for “Album of the Year” at Whisperings Solo Piano Radio, received a “Highest Recommendation” at MainlyPiano.com, and is nominated for “Album of the Year” by Enlightened Piano Radio.

So lets explore the nocturnal mysteries waiting for us within the tracks of Castle Moon. The album begins with the title track 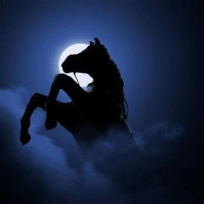 , and a very brief intro that reminded me of Simon and Garfunkel’s classic “Sounds Of Silence.” From there the music takes on a cinematic feel, and although there are no words, it seems to tell a grand story through its emotionally evocative melody. I could easily conjure images of a medieval castle in the moonlight in my mind’s eye. This is followed by another musically picturesque track entitled “Night Runner.” According to Joseph: “One of my favorite tracks is Night Runner. I wrote this while imagining a black horse running freely across on open field underneath a starry night sky.” A composition called “Gypsy Dreams” is a perfect example of the “minor keys and exotic scales” that Joseph referred to earlier, which transport the listener to a far away time and place.

And speaking of distant lands, the album’s lone cover tune is a solo piano version of the theme from the wildly popular fantasy TV series, “Game Of Thrones.” I’m sure that listeners who are fans of the show will have more of a visceral connection to the theme, but without even having watched the show, the song stands on its own as a powerful composition that is beautifully animated by Joseph’s emotional playing. This is followed by a more understated, but no less evocative piece called “Moon Shadows,” that perfectly fits the nocturnal theme of the album. 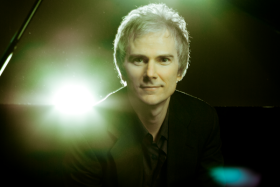 A musical soulmate to the aforementioned “Gypsy Dreams” is the similarly exotic and esoteric “1,001 Nights,” that conjures images of Aladdin, Ali Baba, Scheherazade, and other Arabian folk tales. Equally fanciful, yet decidedly more European in influence is the elegant and graceful composition entitled “A Nocturnal Waltz,” that sweeps the listener away in 3/4 time. One of my favorite songs was “A Starry Night.” I particularly liked Joseph’s driving left hand arpeggio’s that provided a propulsive momentum, which his more delicate right hand melodies danced lightly over. Another favorite for me was “Moonlight Romance,” with its slightly jazzy feel that showed another facet of Joseph’s diverse playing. The album is put to bed most appropriately with the sweet and gentle “Twilight Lullaby” that creates a peaceful, dreamy ambiance.

I genuinely enjoyed every song on Castle Moon, and while the album definitely stands on its own as an exceptional musical body of work, I also appreciate it as the contrast it was intended to be with Joseph’s previous release, A Southern Sun. Each aspect of the solar/lunar dichotomy is beautifully expressed in their respective albums. Joseph Akins is a stellar pianist whose imaginative compositions are illuminated by his technical expertise and emotional sensitivity. Castle Moon casts a light on the night and reveals a deeply reflective listening experience that will appeal to piano music fans as well as a wider audience.