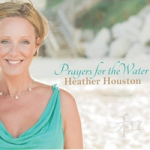 With 71% of the earth’s surface being covered by water, its surprising how little attention is paid to it as we go about our lives on the remaining 29% of the planet. Fortunately there are people like Heather Houston who care deeply and are devoted to raising awareness, not only about our physical relationship with water, but the spiritual aspect as well. Heather is an acclaimed singer, recording artist, voice teacher, and workshop leader who is known for her beautifully soulful voice and her ability to open hearts, lift spirits, and build community through music.

With regard to her new album, Prayers for the Water, Heather shared the following in our interview: “This album was revealed to me chant by chant. When I realized that the first three songs we had recorded were songs about water, it became clear… the entire album was to be dedicated to the sacred life-blood of our planet. Growing up in Santa Cruz, CA, I have always loved the ocean and the magical way she opens my heart. I spent many summers in the Colorado Rocky Mountains falling in the love with the fresh mountain spring waters, the lakes, the rivers and streams. My voice students and Women’s Spirit Song participants have always commented on how many songs and chants I sing about water, so I guess this album was the merging of my love for singing and my love for water.”

In addition, to offering prayers and chants, a portion of the album’s proceeds go to Save Our Shores. SOS is a Santa Cruz non-profit organization that originally began when they halted off-shore oil drilling and turned the entire Monterey Bay into a Marine Sanctuary. Their mission is caring for the marine environment through ocean awareness, advocacy and citizen action. According to Heather: “I love making donations to this organization!” This is a perfect example of the adage, “Think globally, act locally.”

It’s certainly no surprise that Heather has chosen music as her path in life considering her upbringing. In her words: “I was 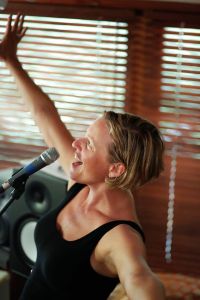 born into a family of singers, so I was steeped in the tradition. My mother was a soloist at churches, and one of the things I loved most about her singing was her connection to God/Spirit… the devotion and love that she expressed when she sang. I feel so blessed to have had that example. My childhood was spent in children’s choruses, musical theater productions, jazz, and madrigal choirs.” She even sang onstage with John Denver at the age of six.

Over the years, Heather has gone on to an illustrious and diverse career. Both a classically and jazz trained vocalist, Heather has studied with some of the world’s finest vocalists including Bobby McFerrin, Rhiannon, and Silvia Nakkach. In addition to giving private voice lessons, Heather leads local and international “Women’s Spirit Song”classes and retreats, and directs the women’s global music choir Yala Lati. As someone intimately involved in yoga and spirituality, Heather’s music goes beyond mere entertainment: “My intention as a musician is always to touch people’s hearts and invite them to feel deeply moved or inspired. No matter what genre I’m singing, I delight in offering the gift of connection. For me, the voice is an expression of the soul… a merging of the seen and the unseen, the merging of the raw, emotional, human experience and the mystical Divine essence.” 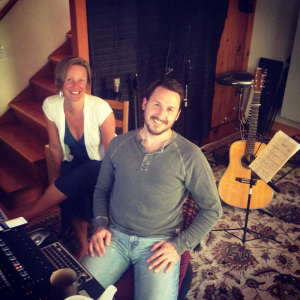 Which brings us to the uplifting and inspirational music that flows from the tracks on Prayers for the Water. The album is quite a collaborative effort that in addition to Heather, includes the talents of award-winning guitarist, multi-instrumentalist, and producer Todd Boston, who is a well-known rising star in the new age music genre. Here, Todd plays guitar, flute, harp, percussion, bass, and cumbus (a Turkish stringed instrument.) Also featured are Jami Sieber on cello, who I’ve previously had the pleasure of writing about with her own music, Tammy Hall’s graceful touch on piano, and Heather’s incredible global music choir, Yala Lati.

We dive into the album on a brief introductory piece entitled, “Calling The Whales.” As can be expected, deep sustained oceanic tones are heard, creating a perfect background for Heather’s wordless vocal improvisation, along with Todd’s subtle guitar accents. As Heather shares about one of the first tracks recorded for the album: “I intentionally called upon the spirit of these magnificent creatures to be with us on the journey. As revealers of truth and keepers of wisdom for our beautiful planet, they inspire me to open my heart and listen deeply.”

Track 2, “Surrender,” is more of a full composition with beautiful lyrics that sing of opening ourselves, releasing inner struggle, and surrendering to the flow of the river Divine. Heather’s voice is stunning and conveys a softness and compassion that enfolds the listener in it’s loving embrace. “Chant to Oshun” is a traditional Afro-Brazilian chant in tribute to the Yoruban goddess of fresh waters. Here, Heather has recorded her voice in harmony with itself on multiple tracks creating a choir-like effect that is quite lovely. This technique is employed throughout the recording.

An interesting inclusion on the album is a version of “Wade in the Water,” which was originally an African American spiritual that dates back to 1901. I was familiar with the song as an instrumental version from the mid 1960’s by The Ramsay Lewis Trio, as well as interpretations by other artists. Heather’s version is distinctively unique with its slow soulful flow. A bit of a world music influence is felt in Todd Boston’s accompaniment on the Turkish cumbus and percussion. Another interesting facet was the interaction between Heather’s multi-tracked vocals and Jami Sieber’s cello and vocal improv. On “I Dreamed of Rain,” Tammy Hall’s tinkling piano notes create the perfect atmosphere, evoking the sound of gently falling raindrops. Heather mentions that she wept when she first heard this song, and I can see why. The melody is deeply moving and the lyrics are quite uplifting as Heather pours her heart and soul into them. 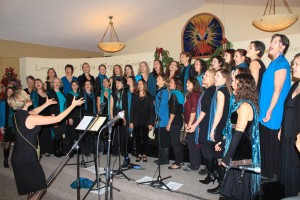 Listeners may be familiar with the traditional Tibetan mantra “Om Mani Padme Hum.” At almost 9 minutes in length it is the longest piece on the album and unfolds slowly and instrumentally before the actual chant comes in about half way through. It is a gracefully powerful rendition with a bit of an Eastern ambiance. Among the things that impressed me about this album is how it weaves together songs from many different cultures so seamlessly. From Tibet we move to a Pueblo Indian chant entitled “Tutane,” that welcomes precious new life. Todd’s Native flute lends an air of authenticity and I enjoyed the percussion tracks that add rhythm and life to the song, as does the rich full sound of the Yala Lati Choir. A song called “The Sea” is a Todd Boston composition that Heather loved long before she met him. Heather’s airy vocals glide gracefully over the music like an albatross in flight. The album concludes with “Chant to Yemaya,” which like the previously mentioned “Chant to Oshun,” is a traditional Afro-Brazilian chant, which honors the mother goddess of the living oceans. Other than the sound of waves, it is an all-vocal piece, with no additional instrumental accompaniment, and makes for a most appropriate ending to this absolutely gorgeous recording.

As a music journalist I listen to and write about hundreds of albums a year in the new age genre, and Prayer for the Water is 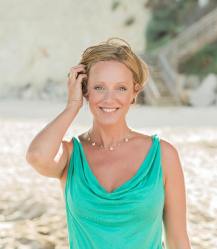 one of the most unique I’ve heard in a while. Heather Houston’s voice is as exquisite in its tone and timbre as it is in its ability to convey powerful spiritual energies that can have a profound effect on the listener. The music is not only “about” water, but flows with an aqueous quality that is soothing and inviting. Heather’s deeply rooted connection to the earth and her desire to preserve it and honor it is omnipresent in every note of this lush musical experience, and her voice is truly an instrument of Spirit. Along these lines, I’ll leave the final words to Heather: “For the last 10 years I have been inspired by the beauty and depth of chanting… the way that my voice and my heart soften and open… the devotion I feel when I sing… the way that it calms my nervous system. I feel that one of the things we need most is to slow down, to listen, to breathe… this album offers the spaciousness needed to do just that.”