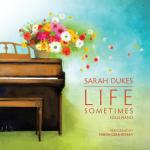 With the release of her sophomore album, Life Sometimes, pianist/composer Sarah Dukes is beginning to find her place in the music world. While she is relatively new in this field, her accomplishments have already been impressive. Sarah has been hand picked by Whisperings-Solo Piano Radio as one of their exclusively featured solo piano artists, and was granted the Akademia Music Award for best pop ballad in 2015 for her song “No More.” This new album was honored with a Silver Medal for Outstanding Achievement In Music in the New Age Solo Piano and Album categories in the Global Music Awards. Her richly nuanced songs have been featured in several popular documentaries produced by Jewish Educational Media, as well as streamed on various international channels including Enlightened Piano Radio, and One World Music Radio. Life Sometimes is being promoted by RS Promotions, run by well known new age recording artist Sherry Finzer.

Sarah’s interest in music began at an early age and in our interview she shared some of these experiences: “I began taking piano lessons when I was 6 years old. My parents forced me to sit by the piano for 20 minutes every day, so instead of practicing, I began experimenting with the keys and their different sounds. As soon as I discovered that the piano sounds were able to be manipulated any way I chose, it suddenly became a magical device for me. Any time I felt a strong sense of emotion (whether it was happy, sad, angry, confused, content etc.), I would be drawn to the piano, and express my feelings through its keys and infinite sounds. I would compose a song based on my feelings. This was an incredible and powerful outlet for me, and 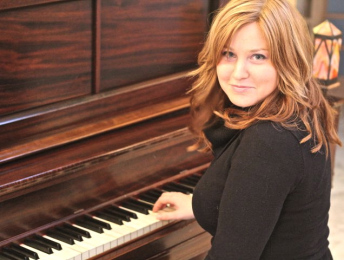 was not only therapeutic, but felt very freeing as well. My compositions became an emotional catharsis for me, which only reinforced my desire to continue composing throughout high school, college, and today.”

This aspect of composing is of particular significance in relation to this project. While Sarah is a talented and experienced pianist, her primary role on this album is as a composer. As she evolved in her craft, the compositions she was writing began to exceed even her own technical mastery. In our interview, Sarah shared about this interesting situation: “I do perform my own songs, but the truth is that I compose songs that are more difficult for me to play based on my skill level. I realized that for my album, I wanted to find a pianist who was able to play my songs exactly as I hear in my head-with the same emotion and interpretation. Yaron Gershovsky is the musical director of world famous pop vocal group The Manhattan Transfer, and is an unbelievable musician and pianist. At first I was intimidated to ask him, but a good friend of mine once told me “If you don’t ask, the answer’s always ‘no’.” So I figured it doesn’t hurt to ask. He was actually excited to take on the project. Yaron performed the songs for me for my debut album, Finding Forever, as well.”

Right from the beginning of the opening track, I found Sarah’s music to be moving and heartfelt. As she describes, “I have learned that it is not necessarily perfection that others want, but rather genuineness and sincerity. I love how there are no words to limit the interpretations of the songs. Each listener is free to draw whatever messages he or she feels lay within the songs. Instead of expressing myself through words, I choose to do it through sound. I love just going to the piano and playing out my emotions.” It must be interesting for a composer to have someone else express the feelings behind their music, but obviously Sarah has found the perfect interpreter in Yaron.

With 14 tracks on the album, I won’t go into detail on each one, but will highlight particular songs and aspects to give an overall perspective of the music. I was particularly drawn to track 2 to for its title, “Violet Beams.” As Sarah said, because the music is instrumental, the listener can draw whatever messages from the songs that they feel. For me, this track evoked a yin yang mixture of melancholy as well as a sense of overcoming, from someone who has experienced something deep and life changing. Following this on a lighter note is a sparkly tune called “Rainbows and Crystals,” which reflects another facet of Sarah’s musical spectrum. 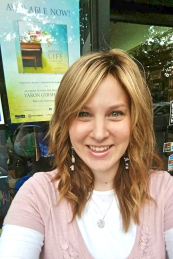 There are threads of spirituality and social consciousness woven through the tapestry of Sarah’s music, which are particularly informed by her deep roots in the Jewish faith. With regard to the album’s title track, Sarah describes the concept behind it in this way: “Life has more than its ups and downs. It has its forwards and backwards, twists and turns, loops and hurdles. It has happy moments and sad moments, calming and intense moments. And sometimes, life just ‘is.’ But, it ‘is’ for a reason. Every moment is unique. Each and every experience we go through is for a G-dly purpose. And even though it may not always seem like it, the world is under perfect control, so embrace the present, because ‘life sometimes’ is exactly where G-d wants us to be.”

Another song whose title intrigued me to hear how it was interpreted musically was “An Angel Returns.” For me, this composition evoked a vision of a heavenly being descending out of the clouds on a golden staircase. I listened to it a number of times in a row and it was one of my favorites on the album (and I was even inspired to play guitar along with it a bit over its soulful chord changes.) I always appreciate when artists share their thoughts about a particular song, and here, Sarah speaks about a track called “Falling Up”… “Many times we feel as if we are ‘falling’ or the things seems to be falling apart, but in actuality it’s only for a better purpose or a greater good. Every ‘fall’ leads us to something higher and greater. So in reality, when we experience the ‘downs’, we are really falling up.” I really enjoyed this piece as well, and in particular, the powerful middle section with the repeating arpeggio and it’s a driving energy.

The social consciousness I mentioned above finds particular expression in the albums closing track entitled “One.” Of this track Sarah shared: “’One” was composed in honor of Leiby Kletzky, a young boy who was kidnapped and murdered on his way home from day camp in Brooklyn. His disappearance brought the communities around the world together, as all prayed for his safety and later mourned his tragic death. I was inspired to compose ‘One’ after seeing thousands mobilize to help the family search for their beloved son. It is about the effect that this one, young, innocent child had on the entire world: he united a nation. He proved that we can work together as one, and showed us that we ARE one.” This song gave me chills the first time I heard it as it communicated the profound emotional depth of the experience that inspired it. 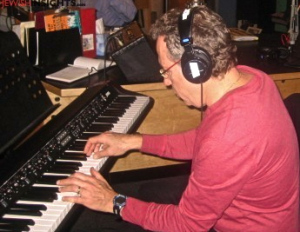 Yaron Gershovsky in the studio

Life Sometimes is a gorgeous album that serves to further Sarah Dukes’ growing reputation as a composer of thoughtful and evocative music. Its hard for me to imagine having someone else perform such personal compositions and capture the nuances and feelings that went into the creation of them. However, Sarah seems to be more than pleased with the outstanding job Yaron Gershovsky has done in this regard. Her promotional material describes him as: “…the interpreter; the hands, if you will, of Sarah Dukes’ arrangements. The embodying entity tasked with bringing her resplendence to life, he’s a sort of musical illustrator for her precise and integral compositions.” I found Yaron’s masterful playing to be exceptionally expressive drawing on his years of professional experience. Together, he and Sarah make a wonderful creative team.

But beyond the beautiful music itself, I had a deep appreciation for the spiritual awareness behind it. In this regard, I’ll leave the final words of this feature article to Sarah: “G-d gives us our unique talents specifically for us use and share with others. This took me a long time to learn. Sharing my music with the public was a very humbling experience for me. I had to learn to make myself vulnerable and take myself out of my comfort zone. I learned that anything is possible – even the dreams that seem furthest from your reach. You just have to start, and just do it!”