Although the translation of the album’s title into English by Swiss musician and human rights activist Michael de Salem may create an enigmatic air, his motivation as a recording artist is perfectly clear: in his view, we face a global crisis that can only be remedied by a major shift in human consciousness – and for him, music is one key to effecting that change.Since Michael’s beliefs and observations are intricately connected to his music, understanding them will be helpful to have a greater sense of the context it has evolved from. Known as “The Peace Capital,” Geneva, Switzerland where Michael was born and raised has a long tradition of peaceful coexistence and political neutrality. Switzerland also seems to be fertile ground for spawning fellow musicians like Andreas Vollenweider, who in a modern version of “beating swords into plowshares” delighted audiences by creating beautiful sounds from chimes made out of recycled artillery shells.

According to Michael, “Our present day atmosphere is nothing but a clear reflection of the level of consciousness evolution of the human species… it becomes apparent that humanity has lost its universal conscience along with the ability to survive fruitfully and peacefully with nature and each other.”  He believes that only a radical inner transformation of humanity and its rise to a higher level of emotional maturity and spiritual awareness will be effective in creating change on a massive scale.  And for him music, which is a universal language that transcends global boundaries and creates unity, is a vehicle for the awakening of consciousness.

Interestingly, although his music is totally instrumental, Michael composed it with the hope that it “will gift the imagination with a contemplative melodic platform to awaken deeply rooted memories and emotions while opening the mind to freedom of expression.”  There is definitely a lot of emotional content in his ambient electronic music. In fact, a few words I would use to describe it would be “dramatic”, “evocative”, and “cinematic”. The album opens with the aptly titled “Metropolitan” that begins with an edgy atmospheric urban vibe and a siren wailing in the distance, that flashed me back for a second to the Stevie Wonder classic “Living For The City.” Punctuated by a pumping bass line, the song eventually moves into more melodic terrain. Keyboards, ranging from synthesizers to acoustic piano, play a prominent role in the creation of these soundscapes, along with cello, drums, and guitar, which is used sparingly yet effectively.

The next song slows things down with a lush dreamy bit of ambience entitled “Sentimental Stops.” Like so much of Michael’s music with its wonderful texture and dynamics, I could easily envision it being used in a film soundtrack.  Interesting diversity exists from one song to the next over the course of the CD, yet there is a presence and sonic signature that he brings to his music, which makes it feel like a cohesive body of work. I particularly enjoyed the earthy groove and interweaving layers of sound on “Tribal Interlude,” as well as the last two songs – the upbeat “Higher” and “Not An End which, like a few of songs on the album inhabited somewhat similar territory as the music of Patrick O’Hearn. A slowly unfolding composition called “Remind” evoked a romantic heart-opening quality with strong emotional resonance and soulfulness.

Being a longtime student of Physics, it’s no surprise that science and art are like the yin and yang in Michael’s creative efforts. In his words: “Every sound in my compositions is chosen to dance with the other, identical to the way elements inherently come together to compose matter.” It is this sense of unity and working together for the greater good that is the medium and the message of Michael’s artistic expression. 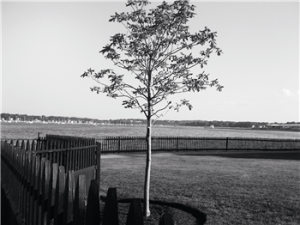