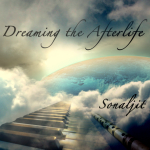 The talents of some musicians are cultivated from an early age through formal training, practice, recitals, and the like. Success on their chosen instrument is admirable, yet not surprising or totally unexpected after years of study. What is surprising though, is when a young person with no training whatsoever, is inspired by music they hear and teach themselves to play by ear with astonishing results. One of these artists is Sonaljit Mukherjee. While he grew up in India, Sonaljit is currently at the University Of Massachusetts Dartmouth pursuing a graduate degree in physics. His interest in music began during his undergraduate days in India where he participated in music shows and local competitions as a singer. Feeling the need to have instrumental accompaniment for his singing, Sonaljit began exploring the keyboard. It was at that time that the new age instrumental music of Yanni and Vangelis caught his attention and he was captivated by their intricate multi-layered soundscapes. Interestingly, when I heard Sonaljit’s music, the first comparison that came to mind was Yanni, and that was before I had read that he had been an influence. However, it wasn’t until Sonaljit came to the US for graduate school that he had access to recording equipment.  I find this quite amazing, as the level of production on his album is impressive, especially for someone without training in engineering or producing. I was surprised to read that he handled every aspect of this professional-sounding recording without any outside assistance. The artwork by Anshuman Dubey is also quite excellent and imaginative.

Sonaljit’s describes the album as: “A collection of contemporary new age instrumentals with a blend of symphonic 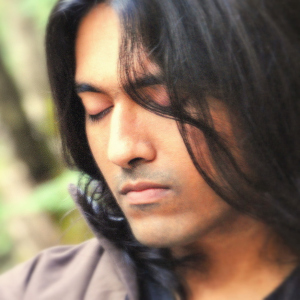 orchestral flavor and ethnic fusion, inspired from dreams, feelings and imaginations that I have experienced and cherished during different phases of my life.” These are the seeds from which his musical inspirations grow. Sonaljit adds, “I just do and play what comes to me by instinct.” The impetus for the first track, which eventually led the way to creating the album came from a dream. In this particular one, Sonaljit was standing on the edge of a cliff staring at a blue planet surrounded by clouds, and a distant star, which eventually exploded into an incandescent fireball. Upon waking, he remembers saying to himself that this was something he would see for real in the afterlife. Unlike some dreams, which are fleeting, this one was so vivid it stayed with him for days. And thus, Dreaming The Afterlife was born.

The album begins with the title track and literally seems to emerge out of a dream with an amorphous bell-like electronic tone that reminded me of the opening theme on the Ancient Aliens TV series. From there, ambient synthesizer, piano, and Japanese shakuhachi flute sound (played on a keyboard) create a motif that fans of Kitaro will immediately relate to. This is not surprising as Kitaro is also an influence of Sonaljit’s music. Subtle percussion helps move the tune along until it opens up into a full blown new age rock piece with symphonic overtones, somewhat reminiscent of Yanni or David Arkenstone. I don’t mean to overdo the comparisons or imply that Sonaljit sounds just like these artists, but they are intended as reference points to give an idea of the overall direction. A video for this song can be seen on Youtube as well as on his website. However, Sonaljit is quick to point out that this is not an “official” or highly produced video. The music is simply accompanied by photos of clouds to add visual interest as one listens to the soundtrack.

The second song on the album, “A Recall Before Silence,” musically explores the entry into the afterlife. According to Sonaljit: “This music is about the thoughts of a person on his death bed, whose heart is about to stop beating. I composed the music in different phases following his feelings prior to his death. I tried to give a symphonic orchestral flavor to the music by adding legato and staccato articulations in violin and cello ensembles. Also, I added a brass ensemble with trombones and French horns. There is also a piano solo version of the music, in the album.” As a point of clarification, all the accompanying instrumental sound emulations mentioned are played and arranged on the keyboard. I must say that I’m impressed with Sonaljit’s creative strength and his ability to translate his inner vision into a highly orchestrated composition that tells a story with such evocative power. On a track called “Nodi Ontoheen (River Endless) echoes of 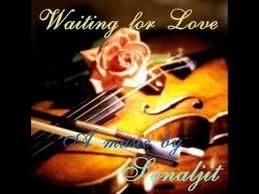 Sonaljit’s homeland are heard as instruments such as esraj and santoor are incorporated into an improvisation of an Indian classical raga called Jhinjhoti – a favorite form of the late great Ravi Shankar. And speaking of roots, a song entitled “Waiting For Love” is an instrumental version of a romantic Bengali song written by Sonaljit’s father many years ago when he was trying to make a move into the Bengali music industry. The song never came to light until now in this form. It is quite beautiful and further illustrates Sonaljit’s incredible sense of orchestration. Like the aforementioned song, “A Recall Before Silence,” there is also a solo piano rendition of this piece, as well as one of a track entitled “The Road To Limelight.” When stripped of all the lush accompanying instrumentation, Sonaljit’s musical and compositional abilities stand out in stark black and white, so to speak, and reveal the heart of his songwriting skill.

The album closes with an energetic tune called “Colors Of The World,” which as the title implies, includes a veritable United Nations of musical sounds and samples from his keyboard. As Sonaljit describes: “I used a wide variety of plucked, bowed, wind and percussion sounds in this music. Notable ones are the Japanese plucked instrument called koto, 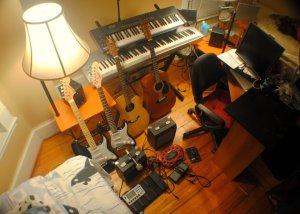 Armenian duduk flute, Japanese shakuhachi flute, Indian bansuri flute, European dulcimer, Indian santoor, violin and cello ensemble, electric piano, bass guitar and a Peruvian cajon for the basic beat patterns. For additional percussion, I used frame-drums from India and Mongolia, tambourine, shakers and chimes.” The song is based on Sonaljit’s vision of global unity and is a wonderful uplifting note to end the recording on. As mentioned earlier, this is Sonaljit’s debut release and to say that I am impressed with it would be an understatement. I don’t give awards or rankings for the music I write about here, but if I did this would easily be on my list for Best New Artist Of The Year. If this is just the beginning, I can’t wait to hear what is to come in the future from this talented young recording artist. 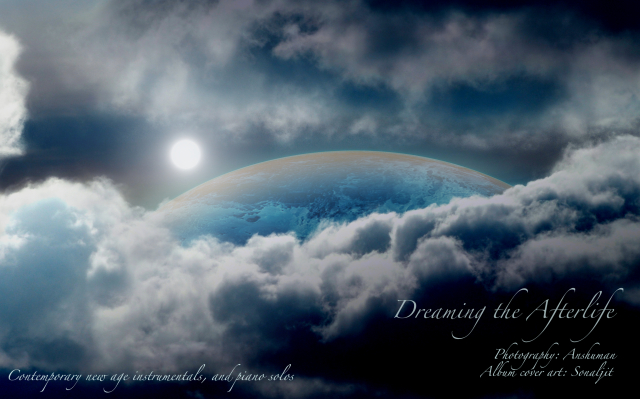