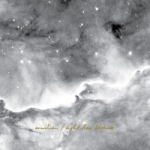 Listening to and reading about the Seattle-based band, Erwilian, I’m reminded of the MTV series “Unplugged,” when the group proudly proclaims: “nothing synthesized, everything acoustic. There is nary an electronic blip, bleep, or filter sweep to be found in the music of this all-natural instrumental ensemble. What you will find, however, are guitars, drums, percussion, recorders, hammered dulcimer, harp, cello, marimba, a vintage celesta, and more. The group originated in 2000 with members Jordan Buetow and Scott Melton. I had to chuckle when I read that they originally called the band “Wood, Wind, & Wire,” but eventually decided that a pun on a 1970’s funk band (Earth, Wind, & Fire) wasn’t the best idea. In 2004, Erwilian became the new name and remains so to this day. Originally, Scott encountered the name on an album by the seminal English folk band Steeleye Span. “Erwilian” is the Latin rendering of the historical name for one of the musicians, who came to play for the Christ child.

Their choice of material for this album has deep spiritual roots and an interesting philosophy behind it. The recording is comprised mainly of hymns and songs of worship, usually sung, but performed here instrumentally. The group explains the inspiration behind this choice: “Traditionally, inspirational music is said to speak through its message, the music being a vehicle for delivering the song – be it hymns or otherwise – lies within its words. But the reality is that the Divine Spirit and the human spirit communicate in ways that are beyond language. ‘Making melody in the heart’ without words can be in itself an act of worship. Human language is inherently limited and flawed, but music – the universal language – is transcendent. Here we offer a collection of inspirational songs without words, their meaning at once ineffable and articulate, having that quality of moving us from within in a way that lies beyond the medium of language. We have gathered songs whose associations powerfully evoke the act of worship, lifting the spirit closer to its Creator.” 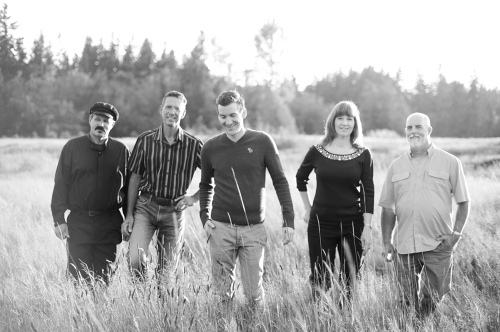 The group members include Bill Bowser, Jordan Buetow, Bethel Melton, Scott Melton, and Jeff Reed. Since they are all multi-instrumentalists and play such a wide variety of instruments, I won’t list each and every one, but the above-mentioned description in the first paragraph provides a good idea of the tools of their trade. The album consists of thirteen songs that include full-length compositions in the three to five minute-range, as well as a number of brief interludes of a minute or less. The first track, “Adoramus,” is short multi-tracked solo performance by Jordan on soprano and alto recorders and percussion, which segues directly into track 2, “St. Brendan’s.” Although I wasn’t familiar with the tune by name, I immediately recognized the melody. As they say in the liner notes: “Some know this song by the first line (‘We are one in the Spirit’); others know it by its refrain (‘They’ll know we are Christians by our love’). This was an ensemble piece and I enjoyed the synergy of the various instruments playing together, and in particular the sparkling quality the harp, hammered dulcimer, and acoustic guitar brought to the mix. The intricate interweaving of the various stringed instruments and percussion create a beautiful background tapestry for Jordan to embellish with the melody on soprano recorder. Listening to the music on this track made me think of the original name of the group, “Wood, Wind, and Wire,” and how it describes the elements of this music. The next track, “Resignation,” has a more spacious feel allowing the acoustic guitars of Bill Bowser and Scott Melton to stand out more, as well as integrating with Bethel Melton’s hammered dulcimer.

While there is no electronic studio trickery used in the recording, the music is full of interesting little touches that are revealed in close listening. On the Medieval-sounding “Agnus Dei,” the percussion that opens the song is presented in a way where a way where a rhythmic phrase is heard in one speaker, and a responding phrase is heard in the other. It’s a small, but cool detail that caught my attention and inspired me to listen even more closely to how the music was recorded as well as the songs themselves. I also found it interesting how some of the shorter interlude pieces are listed as separate tracks but transition right into the next longer song, and serve as kind of an introduction to it. An interesting musical hybrid is a tune called “Radiance,” that integrates Beethoven’s “Ode To Joy,” with a modern composition, which reprises the original theme. I have to say that as I listen to this song as well as others, I am becoming more of a fan of the hammered dulcimer and its effervescent air that is both melodic and percussive.

The music of Erwilian is also graced by the soulful cello playing of Kathy Spampinato on a number of songs, such as a lovely duet with Jordan on “Átta Fossar” (Icelandic for “Eight Waterfalls”). She is also a special guest on “Ex Tenebris” which featured some unusual rhythmic additions such as Jeff Reed on tongue drum, and Jordan on xylophone. One of my favorite songs is the one that brings the album, to a close, entitled “Vespers.” This is an appropriate choice for a final tune since the term “vespers” refers to the evening prayer, which serves as the devotional conclusion to the day. I was intrigued as the music came to an end, and the time counter was still showing a minute left. After a few seconds, the enchanting sound of a hand-cranked music box playing a sweet 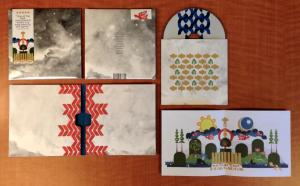 and simple melody gently put the album to rest. It was a nice surprise and a very cool way to bring things to a peaceful conclusion – another of those little touches I mentioned earlier. But speaking of special touches, I wanted to shine a light on the exceptional packaging, graphics, and 20-page booklet that accompanies the CD. The liner notes contain extensive information about the songs, their origin, and other relevant musical details. In addition to photos of group members, there are also folk art graphics – which in their own way kind of follow the earthy “acoustic” theme as well.

The worldwide success of a group like Blackmore’s Night bodes well for Erwilian. Not to say that Erwilian sounds just like them, but that they would likely appeal stylistically to the huge following Blackmore’s Night has developed. I also think that the music of Erwilian will find favor in those seeking the spiritual and inspirational vibe that is embodied in its melodies. While it is obvious that each member of the group is a highly accomplished instrumentalist, the magic that is created in their interaction is transcendent. Light From Darkness is a luminous collection of uplifting devotional melodies, heard by the heart as well as the ears of the listener. Although they use no synthesizers, compositionally, Erwilian have synthesized innovative amalgamations of traditional tunes from diverse periods in history, and contemporary influences. I’ll leave it to the group to provide the final words here: “Whatever memory or association the tunes conjure – and each person knows it to be uniquely his or her own – these are tunes that elevate us all in some corner of our being. We hope they will find the path of the soul, to bring the listener close to the Author of all music.”