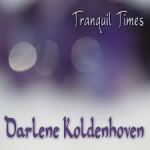 I must say that my curiosity was piqued when I received an all-instrumental album from a Grammy winning vocalist who sang as a featured soloist with Yanni in Live at the Acropolis (seen by over 1.5 billion people worldwide), and has sung backup for Barbara Streisand, Whitney Houston, Rod Stewart, Neil Young, Pink Floyd, and many others. Not to mention singing, vocal coaching, and performing with Whoopie Goldberg in the movie “Sister Act” – and, believe me, this does not begin to scratch the surface of her career as a vocalist. But on her new release Tranquil Times, Darlene Koldenhoven rests her golden voice and draws on other aspects of her professional skills as a pianist, synthesist, composer, arranger, orchestrator, and producer. As alluded to, Darlene’s background is extensive and those interested in reading more can find further details about her work in music and education, as well as her humanitarian efforts in the feature article I wrote about her excellent vocal album Solitary Treasures.

Eight seems to be the magic number here, with Tranquil Times being Darlene’s eighth album on her TimeArt record label, and it containing eight songs, including seven original compositions, as well as a stunning rendition of the classic “Greensleeves.” Interestingly, the recording opens with a reprisal of “Lucid See,” a track from her Solitary Treasures CD, which was nominated “Best New Age Song 2011″ by The Independent Music Awards. Previously, it was the lone instrumental track on that otherwise vocal album. The piece features a special guest appearance by guitarist Mike Miller who also performed on Darlene’s last recording. I appreciate how the composition builds in stages, starting out with piano, ocean sounds, and strings. At around the one minute mark, it is joined by a subtle drum track, guitar, and a magical twinkling synthesizer texture that takes it to the next level, and it evolves from there. Hearing Darlene’s piano playing exposed like this without being in the background of her vocals was a revelation. I wasn’t fully aware that her skills as a pianist were so prodigious and the blazing descending run that concludes the piece certainly put an exclamation point on that fact. 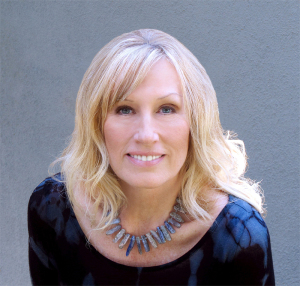 The next track, “Eternal Love,” has a cinematic quality and highlights Darlene’s abilities as an arranger and orchestrator. And speaking of orchestration, her version of “Greensleeves” is one of the most lavish renditions of this song that I’ve heard. The mélange of piano, strings, flute, bells, and symphonic percussion lift this well-loved folk melody to majestic heights. Track 4, with the distinctive name of “Hyopgeum,” has an interesting story behind it. According to the album’s liner notes: “The song was named after the Hypogeum Oracle Chamber in Malta. The overall key of the piece, (A) and the opening piano note is the same ‘A’ – 110Hz frequency of the chamber the ancient Maltese used for trance and healing. Darlene plays her quartz crystal singing bowls on this track and two others.” A bit of research revealed that the Hypogeum is the only known prehistoric underground temple in the world, and Darlene’s composition captures a bit of the mystery of the rituals that were likely performed there. Not coincidentally, a number of tracks from Tranquil Times are currently being played in hospitals and hospices, as part of music therapy programs – a field of study that Darlene has done extensive work and research in.

Another musical guest, Courtney Jacob, lends her artistry on the flute to the next piece, entitled “Surrender.” On this track, as on a few others, Darlene’s piano, rather than being spotlighted, assumes a supporting role allowing other instruments to take the melodic lead. One of my favorite pieces was “Drifting With Bach,” which combined some surprising elements. The first sounds heard are flowing water and what, to my ear, sounded like an Indonesian bamboo instrument called an angklung that added a bit of earthiness to the aquatic ambience of the composition. The piece evolves through various movements ranging from light and airy, to more orchestrated with a rich blend of strings, woodwinds, harp, and synthesizer accents. The next to the last track, called “A Walk in Paradise” brings together both Courtney Jacob on flute and the guitar of Mike Miller with Darlene’s piano and richly orchestrated score. All I can say about this track is that the title fits it like a glove. The album draws to conclusion with “Atmosphere,” which at 12 minutes in length is twice as long as any of the other tracks. What sets this one apart is that it is a deeply meditative soundscape with wind sounds, flute, crystal bowl, and a variety of ethereal electronic textures. Based more around a mesmerizing drone than a melody, this is a contrast to the lush arrangements of the compositions that precede it, and reminded me a bit of the spacious ambient music of Steve Roach. I appreciated its serene vibe and the floating feeling I was left with by the end – tranquil times indeed.

As I mentioned, receiving an instrumental album from a vocal artist who is known for her singing and has been 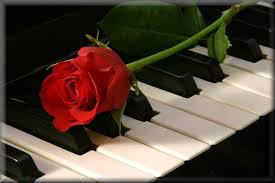 awarded a Grammy and 3 Grammy nominations for her talents, certainly came as a surprise – although one that turned out to be quite a pleasant surprise. While Darlene’s skills as a pianist are formidable to say the least, I really can’t emphasize enough how impressed I am with her work as a composer, orchestrator, and arranger. Her compositions feel exquisitely crafted and expertly produced. In this regard, the music exudes a polished elegance as well as deep feeling and passionate delivery. As a music producer myself, I was often aware of all the sonic details, both large and small which Darlene brought to the mix. There is a cinematic quality to her music, which could easily lend it to being used in a film soundtrack. While Tranquil Times provides a rich listening experience to the ear, it is equally evocative to the minds eye, stimulating luminous inner visual imagery from one track to the next. Although Darlene has the voice of an angel, it is wonderful to see her spreading her wings to reveal her other equally impressive musical gifts.