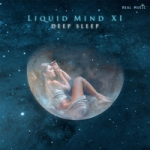 I’m sure that anyone who has been following the new age music genre for any length of time will be familiar with the name Liquid Mind, one of the premier producers of soothing sounds. Liquid Mind is actually the name that composer, keyboardist, and Emmy®-nominated songwriter Chuck Wild records as. Since 1994, Chuck has released 14 albums under the Liquid Mind moniker. In Chuck’s words: “Liquid Mind® is ‘therapeutic’ music, specifically designed to reduce anxiety and cause a deep state of relaxation.” A more detailed discussion of this will follow.

Chuck Wild, who was raised in Kansas City, Missouri, has had a fascinating and quite diverse career, including a number of creative projects that may come as a surprise to people who only know him for his deeply meditative music. Like many musicians, Chuck began lessons at an early age, in his case 4 years old. His formal studies continued on through high school until he entered the US Navy where he served for four years. After his stint in the service is when Chuck’s musical path began to get “interesting.” From 1980 through 1984, Chuck played 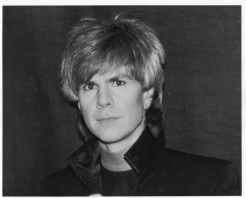 keyboards and (for the first two years) electronic bass in the popular Capitol Records 80’s pop-rock group Missing Persons. While this may seem to be light years from the Liquid Mind music series, more new age musicians than one might think started out playing in rock bands (myself included). From 1987-1991, Chuck worked as a staff songwriter for Lorimar Telepictures, including on the award winning ABC-TV series “Max Headroom,” and then with Warner/Chappell Music in Los Angeles. A number of other artist’s projects that one might not expect Chuck to be involved in include: Michael Jackson, Paula Abdul, Frank Zappa, and Philip Bailey from Earth Wind and Fire.

The origin of Liquid Mind is quite interesting, and I’ll let Chuck explain it as he shared in our recent interview for this feature article: “In late 1987, as part of my healing from an anxiety disorder, and to help me process the grief (over 60 friends and associates died in a 10 year period), a counselor suggested I compose music that represented the way I wanted to feel (deeply relaxed). I was so anxious I couldn’t compose slow music, until one 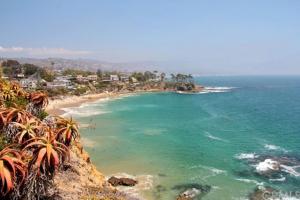 day in early 1988, sitting on the rocks at Laguna Beach CA, I realized the sound of the ocean was relaxing me for the first time in months. At that point I thought ‘the sound of the liquid is relaxing my mind.’  I need to replicate the sound of the ocean in my music. So, I drove back to Hollywood and in early 1988 composed the first Liquid Mind composition, Zero Degrees Zero  (from the album Ambience Minimus released in 1994). The 30-minute piece that resulted from those sessions became the foundation stone for my 14 album series. Looking back, this crisis period was the genesis of a path for me leading to much more fulfilling, happy, and centered life.”

Just as this music has been healing for Chuck, his goal is to share it with others for their wellbeing. As he describes: “My sole musical vision and purpose is to continue to compose and record music that refreshes the human spirit, and that Liquid Mind is kept available to every person in the world that can benefit from it, regardless of their ability to pay.” Although in 1994 that seemed like a distant goal, in recent years digital streaming technology has made that dream possible. From 1994-2004 Chuck created his own record company

to distribute his music, although as it grew, he eventually signed a licensing and distribution agreement with his friends Terence Yallop and Karen Kael, the owners of Real Music®, an independent label in the SF Bay area, whose mission has always been to spread relaxing and healing music throughout the world. Chuck also cites his working relationship with new age music pioneer and publicist Suzanne Doucet as playing an important role.

Interestingly, out of the first 13 Liquid Mind titles, the most popular release has been the eighth album, Liquid Mind VIII: Sleep. According to Chuck: “With that in mind, on the tenth anniversary of that album, I thought it fitting to release Liquid Mind XI: Deep Sleep as a follow-up album designed to enhance pre-sleep.” While no scientific claims are made for the music, Liquid Mind has been used successfully in many traditional and alternative medical settings. Characteristics of Liquid Mind music are:

I remember once in a discussion with new age music icon Steven Halpern about a sleep album he had produced, when he said that he hoped listeners never heard the end of it (meaning that they would be sound asleep before it was over). Similarly for Chuck, as he describes: “The ultimate compliment to me is that people fall asleep to my music. Liquid Mind is functional music, assisting us to be tranquil at those times when that may not be easy. That’s why my compositions are longer than normal, and very slow in tempo.” The compositions are indeed longer, with the 6 tracks ranging from 8 to 14 minutes each for a total of over an hour’s worth of music. In our interview, Chuck described a bit of his creative process: “I use nearly 30 synthesizers and virtual instruments. It generally takes a week or ten days to arrange each piece, as I sometimes use nearly 20 tracks of various synths on a piece, blended and gently fading from sound to sound to create textural changes. I align and soften most every attack of every note or vocal part in the music. A lot of folks don’t realize I have several singers that sing chords and a few melody lines, to bring a stronger organic element.”

Writing about Liquid Mind music is a bit different than with other music. As Chuck himself says: “Like the Tao, I envision that nothing in Liquid Mind attracts unnecessary attention to itself, and that the music’s strength emanates from its softness.” So by nature, nothing in the music really stands out or has any overtly distinguishing features, other than its overall ambiance. This factor makes it both difficult and ultimately unnecessary to go into detail about individual tracks. The music is designed to flow from one track to the next with continuity and equanimity. Liquid Mind music is created more as a sonic tapestry to be listened to in the 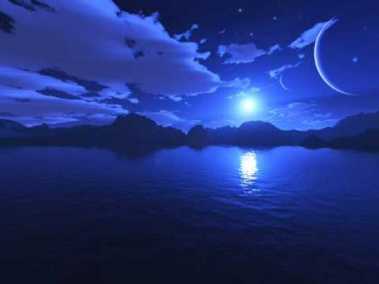 background, rather than active listening as is normally the case. To this end, the music totally achieves its goal as it drifts peacefully by like gentle clouds on a moonlit summer night. Although there are not a lot of distinguishing features from one piece to another, titles like “Night Whispers,” “Teach Me To Love,” “Renewal,” and “Compassion,” reveal a further level of intention that Chuck has set for this music. I don’t mean to give the impression that every piece sounds “exactly” the same, but by design, continuity is key in the long, slow, sustained synth sounds that transport the listener to dreamland.

While there is the aforementioned continuity from track to track within the album, that same quality is also present from album to album over the course of the 14 Liquid Mind albums. Chuck Wild has truly found his unique home in the musical landscape and continues to produce music that has drawn rave reviews and deeply personal testimonials from listeners and health professionals alike for its effectiveness in achieving the objective for which it was created. 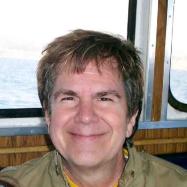 the iTunes USA new age chart several times, indicating that there is definitely a demand for this kind of “sedative music.” According to Chuck: “I’m a shameless advocate of life in the slow lane. For many years, I worked eighteen or more hours a day, seven days a week. Your body will always exact a toll for such abuse. Composing slow music helps me find peace and quiet, to get back in touch with the fact that I am responsible for the pace of my own life, to help me unify body, mind, and spirit.” In today’s fast-paced, hyper-connected world, the tranquil tones of Liquid Mind fulfill a deeply intrinsic need for stillness and inner attunement.