Keys of Light is the third album by talented pianist/composer Dan Chadburn that I have had the pleasure of writing about. Detailed information about Dan’s musical background and extensive training in classical music, electro-acoustic music, and experiments in the avant-garde can be seen in my previous feature articles on his Nocturnes CD and Whispers The Falling Snow album which I also created a music video for. But briefly, Dan has won numerous awards and accolades, received worldwide radio airplay, and his performance venues have included Carnegie Hall in New York, Symphony Hall in Boston and The Kennedy Center in Washington, D.C. Additionally, his choral compositions have been recorded and performed in the Concert Hall of The Kennedy Center. He has been featured (alongside other pianists such as Suzanne Ciani, Spencer Brewer and Robin Spielberg) on several compilation recordings produced for charitable causes. Among those causes that Dan is engaged with now are organizations that work to overcome bullying (www.tylerclementi.org) and homophobia (www.matthewshepard.org).

The title for Dan’s new album has a multiplicity of meanings – from the musical keys of each song to the physical keys or notes on a piano, as well as the “more metaphorical” unlocking of feelings, memories, and emotions. As he explains: “Lives touch lives. That is what living is all about. Light connotes living and growing. Someone else’s light can be a positive force or an inspiration for others. Even after death there are people who leave some of their light behind to mark a path for others to follow, or that individual’s light could also illuminate some fond memories for the people whose lives were touched. Besides musical keys, the other meaning of the album title is that there are many main attributes of light in our lives.” He goes on to say: “The music was written to celebrate friendship and to honor the memories of those who have touched my life and the lives of others in profound ways. Each of the twelve pieces on Keys of Light is in a different key, symbolic of the unique opportunity we each have to bring light into this world.”

I have to say that on one level, I think that Dan Chadburn has been holding out on us. While his Whispers The Falling Snow 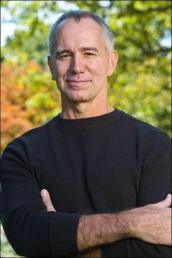 album was solo piano, and his Nocturnes album had a few guest musicians along with Dan providing a touch of other instrumental sounds on keyboard, with Keys of Light, Dan played all the sampled symphonic sounds that accompany his piano. In our interview, he shared: “I definitely wanted Keys Of Light to encompass a more orchestral, rich aural landscape than my earlier recordings. Aside from the three solo piano pieces on the album, I scored the music for piano and traditional string instruments (cello, viola, and violin), brass (trumpet and French horn), and woodwinds (flute and English horn). I also needed the flexibility of utilizing the sound of sectional strings at times – a section of 8 cellos and 10 violas in ‘To The Heavens’ for instance, as well as solo string instruments, for example, the single violin in ‘Tyler’s Tribute’.” Dan’s work in this regard reveals his considerable talents as a composer and arranger, in addition to being an outstanding instrumentalist.

Although Dan is certainly capable of writing and scoring intricate compositions, improvisation also plays a role in his music. After moving to the Washington, DC, area, Dan began writing and recording hundreds of improvisational piano themes, which led to his first album, Solo Piano. As he describes: “While I was trained as a classical pianist from an early age, I’ve always loved to improvise and compose. The new age genre allows for a wide spectrum of styles and sounds; I’m grateful to be included within it.” He also adds: “Fortunately, there are many new age/neoclassical radio stations whose purpose or mission is to foster calm and peace in this otherwise crazy world. I’m grateful to have had my music featured on these stations alongside that of so many wonderful artists.”

As Dan mentioned earlier, these songs are a tribute to various people who have touched his life, as well as the lives of 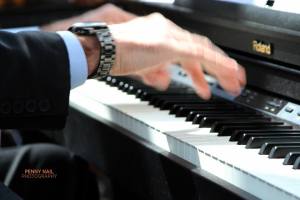 others. The opening solo piano track, “Tacoma Morning,” is in honor of one of Dan’s college music professors and mentors. I can best describe the feel of this piece with words like “elegant” and “graceful.” After a heartfelt, emotionally evocative intro, the piece opens up into greater movement with Dan’s fingers dancing on the keyboard, bringing to mind an image of a figure skater gliding across the ice. This is followed by the first orchestrated composition, “Beyond The Rain,” which Dan describes as “a neoclassical piece for piano and viola which begins in a bit of a tempest but gradually dissipates, inviting introspection and acceptance.”

The title track, “Keys of Light,” was a real standout for me and reflected a bit more of the aforementioned new age style. In the opening, the piano with woodwinds and cello reminded me a bit of The Paul Winter Consort. While the orchestration in this piece is incredibly lush, it never overpowers the delicate beauty of Dan’s sensitive piano melody. This track is worth the price of admission alone. On a very different note, a profound sadness tinged with hope permeates a track called “Tyler’s Tribute,” which Dan composed in the memory of Tyler Clementi, a talented violinist and college student who committed suicide after being cyber-bullied.

With a title like “Diamond In The Sky,” how could I not comment? While all the tracks on the album are tributes to those who touched Dan’s life, not all are people. This powerfully moving piece was written for Dan’s pet dog Kya on the night of her passing. Knowing that while listening, really pulled on my heartstrings and brought a lot of deep feelings to the surface, having had a similar experience with a beloved pet. Dan’s emotion in this piece was visceral. 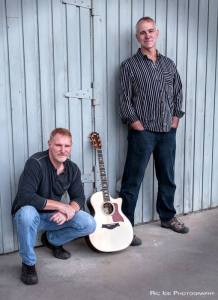 And speaking of loved ones, according to Dan: “My Irish Love” was recorded as a piano improvisation. My husband, Tom Nichols, suggested I play a folktune-like melody and expand upon it. This improvisation is dedicated to Tom, my Irish love.” Dan has a lot to say about Tom, who also co-produced the album. In his words: “I’ve been so very fortunate to work with Tom in music for the past twenty years or so now. Never have I met anyone who has the depth and diversity of gifts and talents he does. As an artist himself, he is an incredibly inspiring singer/songwriter… his album, Trust is on constant play in my car. As a producer, he has had an enormous impact on my work, as well as the work of other artists lucky enough to have worked with him.”

Another soulful tribute is “Matthew,” which Dan wrote as a tribute to a young man named Matthew Shepard who was abducted and murdered because he was gay. Rich orchestration enhances the lovely piano melody on this bittersweet memorial. While practically all the songs on Keys of Light are Dan’s original music, the final track is a surprising solo piano cover that I looked forward to reaching at the end of the album. The song is “Colour My World,” which was written my James Pankow, and was a mega hit for his band Chicago on their second album. According to Dan: “I don’t often record cover songs but the simplicity and beauty of James Pankow’s song, ‘Colour My World,’ kept calling to me as Tom and I planned our studio sessions for the album. And so, on the final day of recording, I sat down at the piano and improvised on that popular song of my youth… one take… one love… one world.”

Keys of Light is not a good album; it is an exceptional album! Of all the recordings I’ve heard of Dan’s music, this is definitely my favorite so far. Dan’s work on every phase of this project is superb; from composing to arranging and performing. His finesse in integrating sampled orchestral sounds and having them sound and feel like the actual instruments is remarkable, and reflects well on his classical training. But beyond the more technical aspects, what I was perhaps most impressed with is the stunning emotional content of Dan’s music and how it communicates to the listener. I truly appreciate when I listen to a piece of music and feel moved within the first few seconds. The music on Keys of Light is a perfect blend of form and feeling, which I highly recommend.