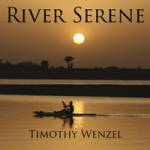 I must say that I’ve always had a fondness for “concept albums,” or recordings that weave a thread throughout. Such is the case with keyboardist Timothy Wenzel’s new release entitled River Serene. This album follows in the wake of his previous highly successful album, A Coalescence Of Dreams, which was ranked in the number 5 spot on the international Zone Music Reporter Top 100 radio airplay chart. River Serene is Timothy’s third release, and I have every reason to believe that it will be as popular, if not more so, than his earlier ones.

Timothy Wenzel has quite an interesting background, which I’ll share a bit of to set the stage for a discussion of his new music. Growing up in South Haven, Michigan, the piano was always a big part of his family life. In fact, his grandfather who worked in a piano factory built the one in their home. As a youngster, Timothy became enamored with it as he watched his mother playing, and he started getting into it around the age of three. Lessons soon followed and he performed a recital when he was only six years old– an original piece, no less. Although his earliest interest was in classical music, Timothy later became influenced by the rock music of 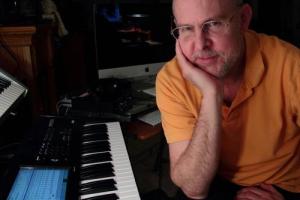 the 60’s and 70’s. The arts, however, were not his only interest, and he eventually went from the metal music of Led Zeppelin to organometallic chemistry as a research scientist. His education includes a BS degree in Chemistry, a Masters and PhD in Physical Organic Chemistry, as well as post-doctoral research. While Timothy has spent many years working in this field, his musical exploration is more active than ever and he actually sees a correlation between the two. In his words: “Scientific exploration is full of creativity and is very much like writing a song.  In both cases you start with an idea and then explore the possibilities of where it can lead.  Part of the experience is based on education, training and knowledge, but the other part is intuition, experimentation and a touch of magical alchemy that makes things work out.”

As mentioned, the album has a conceptual flow, and is interestingly divided into four thematic sections: water, love, light, and dreams. Each section is a trilogy consisting of three separate compositions. Just as our physical world is based on the chemical elements, according to Timothy: “There are certain essential elements that make up our lives, and I decided to create music that puts a magnifying glass on some of them.  Water is what makes our planet habitable and different than just about every other rock in the sky.  One of the highlights of our humanity is the ability to love.  Every day of our lives is divided into sunlight and darkness, and that serves as a symbol of the eternal conflict in our soul.  Dreaming is universal and serves as way to explore our inner-psyche.” This last element is particularly appropriate given the dreamy quality of Timothy’s soundscapes, which he creates with synthesizers, electronics, and the instrumental sounds of violin, cello, flute, harp, guitars, drums, percussion, and piano. 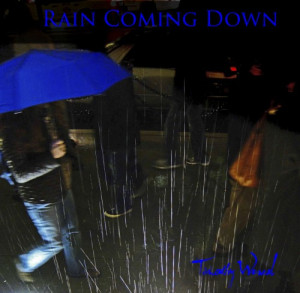 The first trilogy, water, begins with “Rain Coming Down.” In the album notes, Timothy describes the scene in this way: “It is a cold November evening and rain is falling in the city. Lights reflect off the wet streets, passersby hurry along the sidewalk, their multicolored umbrellas a rainbow in the night. The sound of splashing: Rain Coming Down.” Piano and synthesizers create a perfectly moody ambience for the opening track. I particularly liked the way the percussion was low in the mix and provided a sense of subtle movement without locking the piece into a strict rhythmic structure. There were also percussive accents treated with reverb giving a far away effect, reminiscent of the style of Patrick O’Hearn – a nice atmospheric touch. This is followed by the title track with its harp-like arpeggios and lush orchestral background. According to Timothy, “A river is often used as a metaphor for the passage of time, always moving forward, never staying in the same place. I particularly like the imagery of a serene river because I like to enter a place of stillness with few distractions when I work on my music.” Delicate bell tones and soft flute sounds help capture the gentle flow that the piece portrays. This first trilogy draws to a close with the upbeat “Before the Rain,” which carries a musical message about renewal of both the land and the spirit.

Moving on, we come to a track called “First Dance,” which begins the “love” trilogy. This was an interesting piece that combines a formal waltz-like cadence with electronic touches for an intriguing blend of classic and modern. It has been written that there is a “visual element” within Timothy’s music, and that is certainly present in this song, which conjures an image of the dance of new lovers who only have eyes for each other as they glide across the floor. A track entitled “Such a Long Time,” draws inspiration, in part, from the story of Hamlet and Ophelia. While this version is instrumental, Timothy has also recorded a vocal rendition elsewhere.

The trio of songs about light begins with “Winter’s Light,” which I found fascinating in the way it captures a 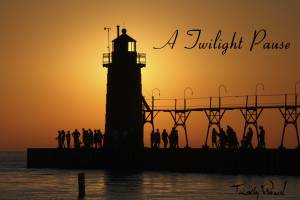 feeling of both coldness and warmth at the same time. Interestingly, I first listened to this album as night was falling in the wake of a gorgeous sunset, and the track entitled “A Twilight Pause,” made the perfect soundtrack to accompany the scene. One of my favorite pieces was a song called “The Night Train.” I liked the way Timothy used the rhythmic sequence to provide a feeling of momentum and forward motion while ethereal choir sounds added a surreal quality. In his words: “The instrumentation in this song mimics a train journey, the clacking of the wheels on the tracks, the rhythm of the engine, the lonely whine of the train whistle far away. The journey is through the darkness of night, when dreams sweep across your soul.” I also liked the change up in the middle that reminded me a bit of Indonesian Gamelan music. 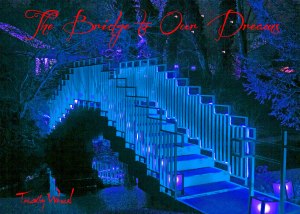 The last three tracks represent the “dream” trilogy, although as mentioned, a dreamlike ambience pervades much of Timothy’s music. On “The Bridge to Our Dreams,” I was especially aware of Timothy’s skills as a composer and appreciated the orchestral touches like the roll of timpani drums followed by a cymbal crash to highlight musical transitions. A lullaby-like feel characterizes the album’s final track, “The Child.” Elements of Timothy’s classical background, such as cello and pizzicato strings are woven into a new age musical context with perfect harmony. As Timothy shares: “On River Serene, I purposely selected specific instrumentation and created arrangements to form music that I feel resembles each song’s theme so that then the music imparts the meaning through the sounds.”

I greatly enjoyed this album, and was impressed with the musical craftsmanship and attention to detail Timothy brought to each composition. River Serene is an album I could listen to many times over and hear new things in each time. The recording is well produced and I enjoyed the great variety of instrumental sounds found within. Clearly, Timothy brings the skills he has in combining chemicals in the laboratory as he does with blending sounds in the studio. I’ll certainly look forward to hearing more of his sonic alchemy in the future.