I would imagine that the bucolic splendor of the 1860’s farmhouse where pianist Dan Kennedy lives with his wife and two children in the country outside of Amherst, Massachusetts provides a creative sanctuary to compose the music that has appeared on his two CD’s. Dan’s current release, Intuition, is a follow up to his critically acclaimed album Lantern, which was produced by Windham Hill founder Will Ackerman, who had this to say about it: “Lantern is a wonderful recording in every respect, filled with grace and surprises…I’m delighted with this recording and am proud to have been a part of it.” Dan’s latest album was produced by Grammy-winning producer Corin Nelsen, who was also effusive in his accolades: “Dan Kennedy’s Intuition extends far beyond a simple gut feeling and reveals a sophisticated sensibility to his eclectic instrumental compositions.  The rhythmic energy throughout the album is punctuated by world-class players accompanying Dan’s piano and intertwines elements of jazz and blues into a new age base.  From infectious foot-tapping to nostalgia-inspiring melodies he has followed his heart with this new work.”

Dan is no stranger himself to a cross section of music genres. Starting out as a rock drummer, he gravitated to classical piano and went on to earn a Bachelor’s degree in music from the Oberlin Conservatory and a Master’s degree with Honors from the New England Conservatory of Music. The music on Intuition, however, is a totally different hybrid of new age with elements of  jazz. Although there are traces of female background vocals, the music also fits well into the contemporary instrumental category. 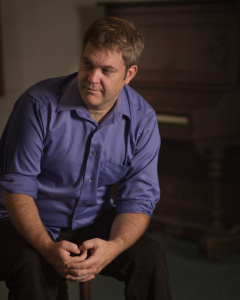 When asked to describe his creative process, Dan shared: “I start by improvising at the piano, and I am really just playing for fun, playing what I would like to hear. I don’t feel I have any control over the original musical ideas, or kernels, as I call them. I remember my favorites of these, then develop them from time to time. I will have the sections of a piece planned out ahead of time, but every performance will contain variation. I like to improvise on concerts, too, so no version of one of these “structured improvisations” is ever the same. I feel my music is special in that it flows from the new age tradition, but has other elements such as blues and rock, seeping into it.”

For me, a predominant influence I hear in Dan’s music is contemporary jazz. The funky bass line that kicks off  the first track, “Easy Living,” signals that this is new age music with some groove to it. As the title implies, the music is laid back, yet with forward momentum. I first listened to the album in my car while cruising down the coast highway in Northern California, and this sunny upbeat tune provided a perfect soundtrack. More fun in the sun sounds continue on “Could Be,” with another bouncy bass track, tastefully subtle drumming, a synthesizer string section adding ambience and Dan’s piano tracing the chord changes, until about half way through, when he opens up into the melodic theme. 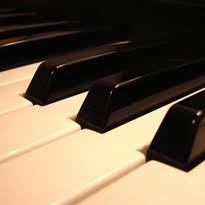 “A Story Within A Story” reveals another side of Dan’s repertoire, as a solo piano composition takes a more introspective turn. However, the groove returns on “Redline,” with a strong backbeat laying it down for piano and sax to solo over, accented by touches of female background vocals. “At The Beginning” starts out as an energetic piano solo that is soon joined by the Latin percussion accompaniment of Jeff Haynes on this dynamic duet. Dan’s more reflective side shines on a pair of piano compositions entitled “Jade” and “Clear As The Coast.” Although still jazzy, the aforementioned blues influence is discernable on a track called “Troubadour” that has a bit of a rock ballad feel to it as well, featuring some nice guitar and sax parts. In general, the supporting instruments on the album provide just the right amount of flavor to spice up the arrangements without overpowering the piano, which is the main course. I really like the way that the various elements, jazz in particular, are integrated into the music, giving it the ability to appeal to a wider audience.

As well received as Dan’s Lantern CD was, including airplay on Sirius XM Satellite Radio, I believe that this new release, Intuition, shows even greater potential. In response to a question about how he defines success, Dan answered, “There are so many variables in today’s music business; I feel that making good, honest music is all you can do, and that that is true success.” In my opinion, Dan’s music meets those criteria and then some. Intuition is a multi-faceted album that sparkles with the talent of a promising instrumentalist. 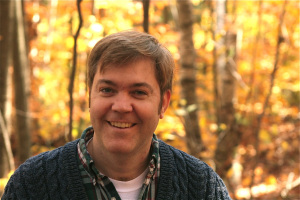