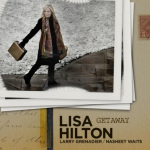 Having written a feature article about Lisa Hilton’s previous recording, American Impressions, in which I covered much of her musical background, biographical information, and music education work with visually disabled children, I’ll refer readers who might be interested to that article, rather than reiterate it here. But briefly, Lisa, who has been called “The Lioness Of Jazz,” is pleased to present her latest release, Getaway, which is, incredibly, her fifteenth album as a bandleader. She is also a pioneer as one of the first major jazz musicians to pursue a career as an independent artist. It’s a strategy that seems to have worked for her since she has gained international critical acclaim, performed at top venues with highly regarded musicians, has her music regularly programmed on jazz radio around the world, and hosts nearly 200 tracks on iTunes.

Before delving into the inspired music on this new album, I wanted to share some of Lisa’s motivation behind it and her philosophy of music in our time. She explains: “Conceptually the title Getaway references our need to ‘get away’ from what we were doing musically last century. In our post iTunes and post YouTube lives, the entire world is now at our musical fingertips, and that should be reflected in twenty-first century music. When we listen to Jelly Roll Morton or Beethoven, we instinctively understand what era those composers date from, but a twenty-first century composer and musician reflects the past and the present on a global scope. Getaway is about finding freedom in our busy, technologically distracted lives – whether we get up and move, or renew ourselves through art, music, nature, or with friends. For me, music and art are the original social networks.”

On Getaway, Lisa reprises her collaborative chemistry with all-star bandmates, bassist Larry Grenadier (whose recording credits include Pat Metheney, Brad Mehldau, Joshua Redman, and more) and drummer Nasheet Waits (who played with Jason Moran and Kurt Rosenwinkel, among others). The jazz trio is a perfect format, providing three strong musical personalities plenty of space to make their presence felt, individually and collectively. The album gets off to a rolling start with the title track. An excellent music video for this song, which can be seen at Lisa’s 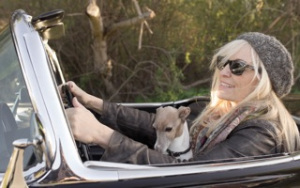 website, perfectly captures the mood of the piece. It starts out with Lisa beginning the getaway by loading her luggage into the trunk of a classic ’61 Corvette convertible and hitting the road. This also ties in symbolically with what she was saying earlier about how the title references our need to ‘get away’ from what we were doing musically last century. The album’s cover shows a still frame photo from the video of Lisa carrying the luggage, which she makes an interesting comment about: “ Visually we added the vintage luggage – our past – but we are definitely moving forward.” And the theme of forward momentum is certainly personified in this piece, which, like Lisa in the Corvette, musically puts the hammer down and lets the good times roll with an adventurous modal romp. The getaway has begun!

The next stop on the journey is a bouncy bluesy tune called “Just For Fun,” which allows Lisa plenty of latitude to detour down some of the more avant-garde side streets she is known to frequent. And speaking of the blues, the old favorite, “Stormy Monday Blues” gets an instrumental workout, complete with a tasty upright bass solo by Larry Grenadier, whose work on the recording is exemplary. Painted in subdued nocturnal musical colors is a tune called “Evening Song,” which portrays a more impressionistic mood. I was impressed on this song, as I was throughout the album with the way Nasheet Waits transcends the traditional role of drummer as strictly a timekeeper, and brings elegant innovation to the mix both texturally and percussively. A driving Latin beat kicks off a tune called “Lost & Found.” 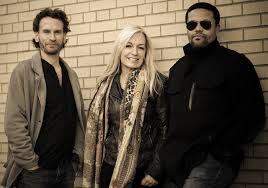 Interestingly, though, the propulsion derives from Lisa’s dynamic left hand pattern on the piano rather than the drums, which are more atmospheric than measured in this piece. Even in the drum solo, Nasheet works to fill the soundspace with percussive ambience, not divide it into blocks of time and rhythm. The interplay between these three virtuoso instrumentalists is impressive and manifests itself in sometimes unexpected ways yielding intriguing twists and turns. Lisa’s sense of composition incorporates many diverse influences, yet comes together in a way that is truly her own unique expression.

One of my favorites, and a most interesting musical inclusion on the album is an instrumental version of a soulful tune by Grammy-winning British pop vocalist Adele entitled “Turning Tables.” It’s a much more intimate rendering than the original and draws you into its wistful air. In the only non-trio piece, Lisa brings the album to a relatively laidback conclusion with a solo piano composition called “Huckleberry Moon.”  This song, for me, evoked somewhat of a rustic Windham Hill vibe compared to the urban jazz influences, which are present in some of Lisa’s playing. As much as I enjoyed her playing and musical synergy in the ensemble, it was also nice to experience this side of her artistic palate as well. Getaway, as an album title is most appropriate because by the time it ends, you really feel like you have gotten away on a whirlwind road trip to many exotic musical locales. As I said in my write-up of Lisa’s previous release: “The album reflects an ever-changing spectrum of styles, moods, and influences,” and the same holds true for this one as well. While many musicians shine in a singular style, Lisa Hilton’s musical world reflects a rainbow, and her latest release, Getaway, is like a pot of gold at the end of it. 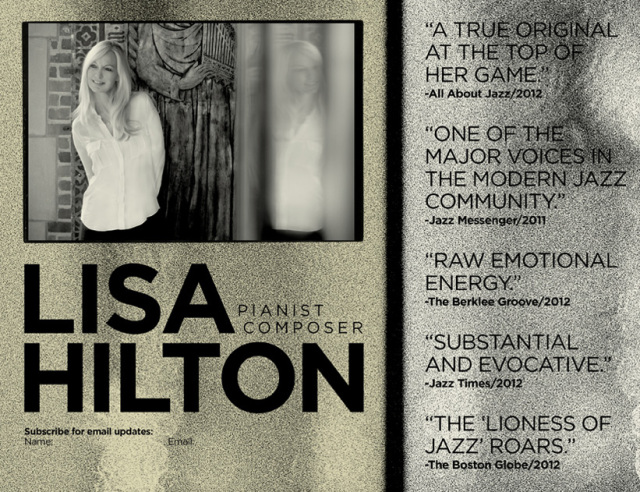