Glancing out my window at boats gliding by on San Francisco Bay, it’s easy to appreciate the inspiration a tranquil image such as this can provide to a creative soul. One such artistic spirit is pianist Christopher Boscole, whose greatest passion in life besides music is sailing. It’s not just that the title of his latest CD, Floating On A Melody reflects this, but his music is imbued with a movement and flow that is peaceful yet exhilarating like a being out on the water with the wind in your sails.

Since 1986, over the course of 8 albums, Christopher has plied these musical currents, with his latest vessel being a Steinway Concert Grand Piano.

Born in the Philippines, Christopher currently lives in Seattle where in addition to music and sailing, he also devotes his time to photography and multi-media production. Music videos of his nature photography and nautical adventures can be seen on his website and youtube channel. As a musician, Christopher has an extensive formal education, which includes both Bachelor’s and Master’s degrees in Music. In addition, he also studied with one of the great jazz musicians of our era, Gary Peacock, whose musical resume includes recording and/or performing with Keith Jarrett, Miles Davis, Bill Evans, and a very long list of jazz luminaries. In turn, Christopher has been a professional music educator for over 20 years. 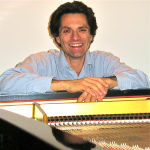 Interestingly, with all his formal musical training, as a composer Christopher combines what he calls “old-school type musical crafting,” with more spontaneous improvisational playing. In fact, many of his compositions spring forth from a more intuitively creative place within. This improvised compositional style is near and dear to his heart and he refers to it as “presents of angels.”  In his words: “it is like being in the presence of angels when I am really connecting to source and the music flows like a finished painting from start to finish. It is also being ‘present’ in that moment of creation. Many times I sit down and just ‘play the piano’ and let it come out, without any preconceived plan while I run the CD recorder.  I listen back and glean the best takes and ideas, like skimming the cream off the top. I listen back to myself a lot, and the parts I like I end up playing again another time as they form into rough diamonds of songs, the musical ideas getting polished over time.”

In addition to being inspired by more heavenly sources, his earthly influences include contemporary instrumentalists like George Winston, David Lanz, Liz Story, and David Nevue, jazz greats such as Chick Corea, Herbie Hancock, and of course, Keith Jarrett, as well as classical composers like Chopin, Debussy, Satie, Bach and Beethoven. As one might surmise from this list, Christopher’s own style incorporates new age, jazz, and neo-classical elements along with his own unique musical perspectives. 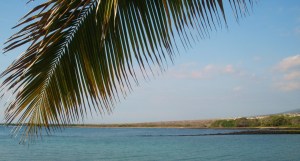 The ship sets sail on the title track, which departs the dock with effortless grace, picking up momentum and leaving a joyous melody in its wake. As mentioned above, a sense of gliding on the water is often conveyed in his music, especially this track. However, back on dry land, a song entitled “Country Dawn” paints a more pastoral picture that conjures an image of the sun rising – bright and full of promise on a brand new morning. By contrast, “Waves Of Twilight” reflects the other end of the arc of a day, where energy begins to settle and the last rays of a once brilliant sun give way to the deepening shadows of the night.

Grander vistas are evoked in a piece called “To Travel The Multiverse,” which like the title track gives a feeling of sailing, yet the view out this porthole is more likely to be a sea of stars. The celestial theme carries over into “A Distant Universe,” although stylistically quite different. In this piece, Christopher opens with a sense of spaciousness that evolves into denser clusters and cascades of notes, eliciting a vision of galaxies stretching out into eternity. As much as I have a personal affinity for all things cosmic, I’d have to say that one of my favorite tracks on the album was “Peace Of Imagination.” It is sometimes difficult to put subjective impressions into words, but its dreamy ambience has a quality that feels both far away, yet deeply internal at the same time. Whatever words are used to describe it, on a feeling level, I found it quite touching.

Obviously, I’m not the only one who has been touched by Christopher’s impressionistic contemporary instrumental music. His last three solo albums have found their way into the Top 10 on the popular ZMR charts which track radio airplay from a large number of stations. He has also had one of his original compositions featured on the Whisperings Radio Solo Piano compilation. I have no doubt that Christopher Boscole’s latest CD release Floating On A Melody will find its place in both hearts and charts, as his previous music has.

All photos by Christopher Boscole 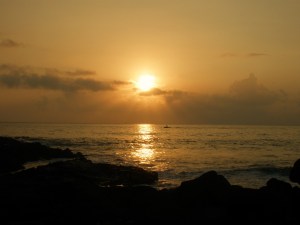 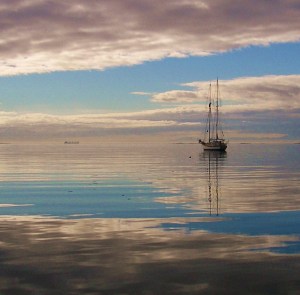 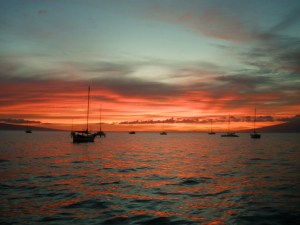 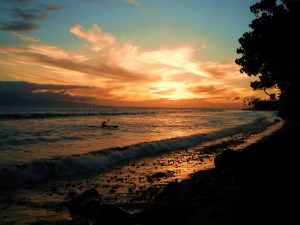