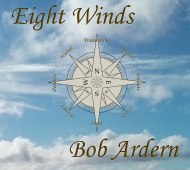 As the old saying goes, “the third time’s a charm.” And that certainly holds true for the third album I’ve written about by talented composer and finger-style guitarist, Bob Ardern. Although, in reality, the first two albums, Wire Rosewood & Roots, and Craftsman were equally charming. Since those two feature articles contain background about Bob, I’ll refer interested readers to them, rather than reiterate it here. However, my recent interview with Bob includes some interesting personal perspectives and inside info about the music and creative process of this fleet-fingered Canadian guitarist.

According to Bob: “Overall I think the album comes back to the mellow side of my composing and playing.  My previous CDs are getting a lot of positive reaction from the New Age world but because of my background as a folk musician/singer-songwriter, there are some variations in the music including some upbeat, bouncy tunes as well as some mellow, full-on, stress relievers.  David Findlay, my producer, thinks Eight Winds is the best one we’ve done so far.  On the album cover, the sky background is from a photograph I took on vacation in Newfoundland in 2014.  The eight winds are the names of the winds from the points of the compass from Mediterranean history.”

He goes on to say: “Three of the tracks are co-writes with Duncan Woodcock who is an old friend.  When I first started learning to play guitar in the 1970’s, Duncan had been playing for a while and he started me playing finger-style.  He lives in the UK and I live in Canada so we don’t get to play together very often but we have always been musically attuned to each other.  We had co-written some songs but never had good quality recordings so I wanted to get them done properly and, with Duncan’s approval, include them on Eight Winds.” But more on these collaborative tracks later. When I asked 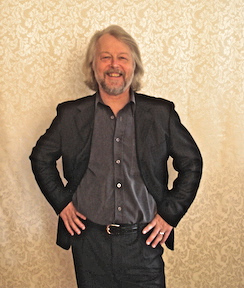 Bob about the source of his inspiration, he replied: “I wish I knew where the songs came from but I honestly don’t. The songwriting gods just throw melodies at me and I work on them till there’s something good.”

Bob was profoundly influenced by golden age of folk music in the 70’s and spent a lot of time listening to seminal artists like Al Stewart, Leo Kottke, John Martyn, Bert Jansch, John Renbourn, and more. While the music of these guitarists helped form a foundation on which Bob built his life as a musician, he has his own style developed over many years of performing and recording. As Bob jokingly shares: “One reviewer of Wires Rosewood & Roots called my music “Nova Scotia New Age Blues.”  I believe I’m the only practitioner of that particular genre so it’s nice to have the market cornered.”

So lets see which way the eight winds blow and check out some of the tracks. The album opens with a lively mid-tempo piece entitled “Zephyr.” It begins as a duet between Bob’s chiming 12-string guitar and David Findlay on bass who follow a descending progression in unison, as well as the guitar weaving intricate patterns around the bass in other sections, before being joined by piano. Here Bob explains a bit of his creative process: “Zephyr” evolved out of another song that I had lying around the archives that I was never very happy with.  It had good bones but it needed more than I put in the first draft, so I reworked it.  It’s played on a 12-string guitar, which was my instrument of choice for a long time. There aren’t many people who play finger-style on a 12-string so I wanted to include some 12-string pieces as well as 6-string pieces.” 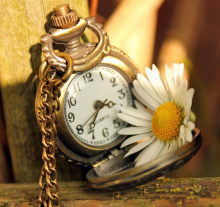 Imaginative and unexpected chord changes and melodies distinguish a song called “Timing Is Everything.” There is an interesting relationship between this song and another entitled “Another Time Maybe.” In Bob’s words: “Timing Is Everything” came together as a slow-tempo piece.  While I was writing it, I kept changing tempo and time signature to make it more upbeat.  I couldn’t decide which one I preferred so I recorded both versions and took them to David Findlay. He liked them both and we decided that with different arrangements, they could be presented as two songs.  The titles fell out of the decision to keep them both. The upbeat version is called ’Another Time Maybe’.” I don’t know if I would have recognized them as coming from the same roots if I hadn’t been told. The breezy lilting rhythm of “Another Time Maybe” has a very different feel from the laid back “Here Comes The Sun” kind of pace in “Timing Is Everything.”

Getting back to the aforementioned collaborations with Duncan Woodcock, a track entitled “Crusaders and Jesters,” is one of them. In Bob’s words: “The first one we wrote is “Crusaders and Jesters” that came to life in 1973 after a vacation in Ireland where we spent much of our time just hanging out and playing guitars (and the odd trip to the pub.)” The interplay between the two is exquisite and reflects the longtime musical connection they have shared. Their parts complement the other perfectly, each carving out it’s own musical space yet totally in synch to create an elaborate interweaving pattern that is greater than the sum of its parts.

A track called “Cascading” is appropriately named, as Bob’s rolling and tumbling guitar melody is enhanced by piano, bass, percussion, cello, and subtle synthesizer, all played by David Findlay. Another song that is presented in two versions is “50 Not Out.” Here, Bob explains the unusual name: “The title is a cricket term – 50 runs scored and still batting.  It’s a reference to my friendship with Duncan because we actually met in 1965 – 50 years ago. He goes on to say: “The main track of ‘50 Not Out’ is just two guitars – Duncan playing one and me playing the other. We alternate so that I’m playing lead sometimes and Duncan plays lead at other times.  We’re in different tunings and capo positions so the guitars are at 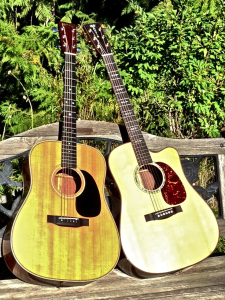 different levels to add some interest to the song. When we took it to David Findlay for production, he added bass, piano and some percussion.  As with the other two co-writes, Duncan and I disagree.  I prefer the guitar duet version, and he prefers the band version. It’s my CD, so the duet was the feature with the band as the bonus.”

The third collaboration with Duncan is titled “Three Years On.” This is a full ensemble piece that in addition to the six and twelve string guitars also includes Dave on bass, percussion, and glockenspiel. Bob is such an exceptional guitarist in his own right, but to hear him in tandem with another guitarist of that caliber is breathtaking. I could listen to these collaborations over and over and still keep discovering little nuances in their intricate interaction that I hadn’t heard before. Their sense of timing is impeccable with every note and phrase perfectly placed. It takes a high degree of focus and listening as well as playing ability to create music as detailed as this.

International influences are evident in a pair of tunes entitled “Matushka” and “Sangiovese.” As Bob tells it: “’Matushka’ has a Russian/Ukrainian influence to it.  My life partner is a woman of Ukrainian heritage, which may have something to do with it.  I was reading a biography of Catherine The Great, and “Matushka” is Russian for ‘Little Mother,’ which was Catherine’s nickname.” The song definitely has a flavor of that part of the world, and in addition to guitar, Bob also plays the bouzouki, along with David on bass, cello, and percussion. Reflecting a different part of the world is “Sangiovese,” which Bob describes as: “…a laid-back mellow piece (in Open C tuning). I recall a vacation in Tuscany several years ago, sitting on the balcony where we were staying drinking Chianti Classico looking out over the vineyards and olive groves.  A little slice of heaven.” It’s certainly easy to imagine that vista while listening to this relaxed sunny tune.”

To round out this feature article, I must elaborate on what a masterful instrumentalist Bob Ardern is. As a guitarist myself, I know that two essentials that distinguish a player are their tone and their technique. The tone that Bob evokes out of his acoustic guitars is exquisite, marked by its crystalline clarity, chime, and full-bodied sound. But in addition to the actual sound of the guitars, Bob’s technique is often jaw dropping for its clarity, note articulation, and intricacy. In a feature article 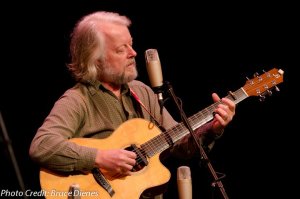 on one of his earlier albums I wrote: “I’m looking closely at the photo of guitarist Bob Ardern to determine whether he’s got more than two hands. Judging by some of the intricate fretwork on his Wires, Rosewood & Roots CD, I can’t help but wonder.” That is just as true now as it was then.

But tone and technique don’t mean as much if you haven’t got great songs to apply them to, and Bob certainly has a distinctive ear for inventive melodies and unique chord changes that provided many wow moments for me while listening to this album, as well as his previous ones. Eight Winds provides both a master class in acoustic finger-style guitar, as well as a delightful body of music for the casual listener. I was definitely charmed on my third time of experiencing the songwriting and performance skills of guitar virtuoso Bob Ardern.