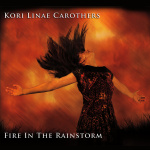 One of the main focal points of the feature articles I write here on Music and Media Focus, in addition to highlighting the music on an album, is an in-depth profile of the artists themselves; their inspirations, motivations, background, and more. In the case of pianist Kori Linae Carothers this back-story is as inspirational as the elegant expressive music she creates. So before delving into her new release, Fire In The Rainstorm, I’d like to share a bit about the fire within her that helped get Kori to where she is now in her career.

If I had to choose one word to describe a motivating characteristic of Kori’s spirit it would be “overcoming.” I recently had the opportunity to meet Kori at the ZMR Awards in New Orleans, and in a subsequent interview I asked her if she had anything in particular to share with readers of this feature article. To which she replied: “I want people to know that they can live a life they really want. I am a living testament to that, so if anything is standing in your way… overcome it.” These are lofty words, and as the saying goes: “easier said than done.” However, Kori speaks from deep personal experience.

When she was just 5 years old, it was discovered in a health screening that Kori was deaf in one ear. She 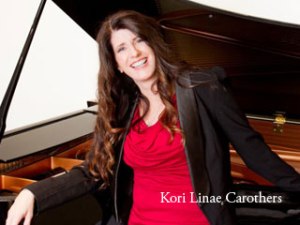 was teased about it by her young peers, but perhaps worse was that doctors and others told her throughout elementary and high school that she would never become a musician. However, the warrior nature within her emerged and, undeterred, she continued learning and practicing in pursuit of her dream. Now, many years later, Kori is facing another major challenge – a debilitating neurological vocal disorder that is threatening her speech. But, as in the case of her hearing disability, she is resolute not to let it deter her from what she wants to achieve in her life and career.

Against the odds, Kori began classical piano lessons at the age 8, and actually began composing her own songs when she was 14. She continued on, eventually studying music at Brigham Young University. I have always found it fascinating in my 30 years as a music journalist to hear how many contemporary musicians were influenced by The Beatles to take music lessons and pursue a career in that field. And Kori was one of them. However, another very different early influence was a cassette that her parents bought her of John William’s soundtrack to Star Wars, which captured her imagination and opened her mind to new musical frontiers. 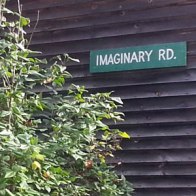 A bit later in life another “tipping point” for Kori was when she discovered the music of Windham Hill with artists such as George Winston, Liz Story, Alex DeGrassi, Scott Cossu, and others. In her words: “Upon hearing the label’s music, I thought I had died and gone to heaven.” So you can imagine what a thrill it was when, in 2008, Kori had the opportunity to meet the GRAMMY winning guitarist and founder of Windham Hill Records, Will Ackerman. After hearing Kori’s music, Will was so impressed that he invited her to his Imaginary Road Studios in Vermont where she recorded her previous album, Trillium, and now a few years later, this current release, Fire In The Rainstorm. About this new album, Will shared: “Kori’s music has evolved in its complexity and richness over the years, but the strength of her artist voice is powerful and singular enough to unify all of her work as purely her own. In her latest work, Fire In The Rainstorm, there is a freedom and expansiveness that is the product of an artist who has come utterly into her own with poise and confidence.”

So, what is the sound and soul of this intriguingly titled album? I’ll start our by saying that the sound quality is 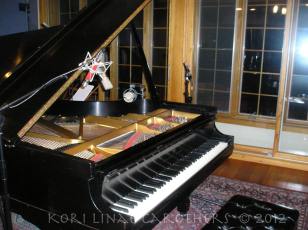 as exquisite as you would expect being produced by the dream team of Will Ackerman and Tom Eaton along with Kori. The highly modified Steinway piano at Imaginary Road Studio is legendary and has provided the instrumental voice of numerous outstanding pianists over the years. The opening track, “A Day Like No Other,” touched me emotionally right from the start with its dreamy and slightly wistful melody. I appreciated the sense of dynamics in Kori’s playing – knowing when to lean into it and when to lay back, as well as finding the balance between notes and space. This blend of technique and feeling, for me, is one of the hallmarks of a great musician. I also enjoyed the peaceful pastoral ambience of a track called “Meadow,” which was as warm and welcoming as a sunny day in the countryside. According to Kori: “This was inspired from working in the meadow with Will. He was cutting down a Birch tree. It was one of those moments in life where time slowed down… one of those ‘ah, ha:’ moments.”

I was curious as to what the title track would sound like given its enigmatic name. It turns out to be quite descriptive as the notes in the opening movement fall from her fingers like the first drops of rain in a summer shower. As the composition evolves, the flames are fanned. However, again, the sense of dynamics I spoke of earlier is evident, and just as a fire needs oxygen to exist, there is breath within the blaze as she refrains momentarily to provide some air and a release from the buildup. The maturity and level of expression in Kori’s playing are impressive.

In our interview, I asked Kori whether there were any tracks that held a particular significance for her. As she told me: “Time Passages has to be the one that really stands out for me. When I play it I see in my mind’s eye the seasons coming and going reflecting the various changes in different landscapes, and watching my children grow from toddlers to the interesting persons they are today, and as the song fades out, I see a leaf falling off the tree… leaving the continued memories open to more growth and understanding.” It’s a lovely piece that evolves through a variety of moods and movements to tell its touching tale. And speaking of touching tales, a poignant piece called “The Day” is dedicated “to those that lost their lives on that fateful 9/11 day and those that gave their lives to save others.” This is an updated solo piano version of an electronic piece that Kori featured on an earlier album 10 years ago.

Another song that holds particular meaning for Kori is the unusually titled “The Kindly Beast.” In her words: “Since the passing of my much loved little dog Marvin, The Kindly Beast is an eternal reminder of who he was to me. I wrote this piece when he jumped up on my lap and kept putting his paws on my hands in order for me to pat him and hug him. The song was written around that.” It’s a heartfelt tribute that moves between major and minor modes like a playful and sometimes mischievous puppy. The album draws to a close on an elegiac note with “When The Trees Fell,” that was inspired by the demise of “the beloved five sisters”, a giant tree with five trunks growing from one root system that was taken down by a terrible storm.

The ability to communicate stories and emotions in her music is a gift that Kori is eager to share with the world. As she describes: “I love playing the piano and composing. I also listen and within my minds eye. I have stories in each of my compositions. My vision is to compose uplifting pianoscapes for the spirit. The true goal is to touch people’s lives. Letting them know…when they hear it, it’s authentic, real, and speaking to their souls.” Kori Carothers is truly an inspiration, both as a musician as well as in the example she has set in her life to not let anything deter one from following their dreams and pursuing their passion in life. Fire In The Rainstorm is an eloquent artistic statement from a highly regarded pianist/composer whose music resounds with heart and soul.