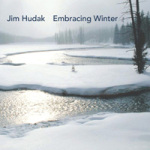 Jim Hudak, whose last name means “the musician” in Slovakian, was born into a family with a 500-year history of music and composition. In his own multi-decade career he has gained deep insight into the intricacies of the music industry, not only as a musician, but also as a music rights licensing executive for ASCAP and SESAC. However, what Jim Hudak is best known for, and rightfully so, is his work as a solo pianist. He is also a highly trained vocalist, guitarist, and composer who has studied with acclaimed teachers throughout the US. Jim has been a performer since the age of 10 and still does approximately 200 gigs a year. In his time he has written literally hundreds of original compositions, with one of them having been submitted to Bette Midler for consideration on an upcoming album.

As a recording artist, Jim has released six CD’s of piano based instrumental music on his Brainstorm Records label. His recent album, “Bridging Textures” was produced by Will Ackerman, Grammy-winning founder of Windham Hill Records.  Also on the recording are a number of Will’s top-flight studio musicians such as bassist Michael Manring, among others. Jim’s music has a highly accessible sound that includes elements of classical, pop, jazz, and country. In addition to his music being sold and downloaded worldwide, its popularity on the Sirius, XM, and DMX satellite music networks is a testament to his creative talent. Jim Hudak is a consummate music industry professional with a long history in the business that only continues to evolve and gather momentum over time. 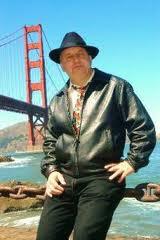 Jim’s latest release is “Embracing Winter.” In his words: “It is a ‘winter season’ collection of 14 songs, featuring piano-based instrumental music.  While there are indeed some traditional and contemporary Christmas songs, there are also several more obscure songs for the season along with a few of what we feel are exceptionally strong original songs.” As Jim points out, some of the tracks are also suitable for airplay beyond the Christmas season. However, the album is perfect for celebrating the spirit of this special time of year with standards such as “Silver Bells,” “Silent Night,” The First Noel,” and more.

The festivities get off to a lively start on track 1 with the classic “Winter Wonderland.” Jim’s rendition is bouncy and upbeat and doesn’t stray from the arrangement that people know and love. The vibrant energy continues on the second track, “Sleigh Ride.” After listening to one or two songs, it quickly became clear to me that Jim is an accomplished pianist exhibiting both technique and feel. The third track is an original tune entitled “Wait For December.” This song offered a nice change-up opening with some fine fingerstyle acoustic guitar, highlighting another of Jim’s instrumental talents. I particularly enjoyed the intricate interplay of guitar and piano as the song evolved. 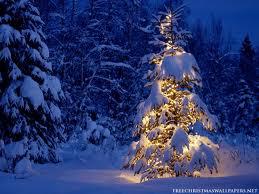 An interesting adaptation is a tune called “Winter Waltz/Acres Of Clams,” which is based on a folk song written around the late 1800’s by Francis D. Henry. While the original had lyrics about the gold miners of that era, Jim’s instrumental version captures the folksy spirit and old-timey feel of the piece. Piano and acoustic guitar blend with a synthesizer quite convincingly emulating the sound of a fiddle. One of my favorite songs on the CD was a jazzy original called “Let’s Trim The Christmas Tree.” With bass and percussion it conveyed more of an ensemble feel. A unique touch on “Do You Hear What I Hear?” was the harmonica accompaniment that added a bit of a bluesy vibe to this traditional tune.

A lesser-known Christmas carol is “I Wonder As I Wander,” written by John Jacob Niles in 1933. The song’s haunting melody exudes a wistful air in contrast to some of the album’s more festive songs, such as “Under The Christmas Mistletoe” which follows it. Jim has saved a surprise for the last song on the album, an original called “Remember The Child.” Out of the six albums he has recorded, this is the first time he has featured his fine singing voice. Female vocals add not only background, but also harmony in places. A tasteful trumpet solo leads the song and the album to a graceful conclusion that ends with the lyrical refrain: “Remember the child’s message please, let love lead the world to peace.” It also provides a wonderfully inspiring thought to draw this article to a close on. Music samples of “Embracing Winter” can be found on Jim’s website. 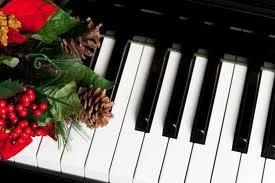