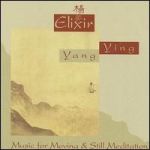 The idea of music as medicine is relatively new in Western culture, although gaining in popularity, particularly in the new age music genre. For the Chinese, however, the healing properties of music have been known for thousands of years. In fact, the Chinese character for “music” is a major part of the ancient Chinese character for “medicine.” Also, the Chinese character for “happiness” and “music” is one and the same. This time-honored awareness is the force behind a new album by Ms. Yang Ying, a master traditional (and contemporary) Chinese musician, as well as a longtime practitioner of qigong meditation. Interestingly, the music on this recording was not originally meant to be a commercial release. It was actually created for use in a study at the University of Illinois, which was investigating the health benefits of Taijiquan exercise. However, as the saying goes, “by popular demand” the many requests for the music by research participants persuaded her to make it available as a CD and mp3 download. And a lot of people, myself included, are glad it worked out that way.

Yang Ying has certainly had a most interesting history. (Incidentally, The “a” in Yang is pronounced as in 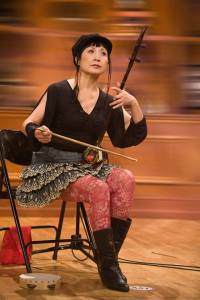 “father” or “tall”. In keeping with Chinese custom, the family name is listed first: Yang, followed by her given name: Ying. Hence, she is called Ying.) Growing up in China during the Cultural Revolution, her family was marked for persecution due to their historical political alliances. Although, as a young girl, Ying had ambitions of becoming a medical doctor, she was encouraged to move away and pursue music, in order to avoid being sent for political “re-education” by the government. According to her bio: “Ying began the study of the erhu (a traditional Chinese stringed instrument) at the age of five. By thirteen, she was performing solo concerts, and by nineteen she had graduated from the Opera University of Henan, China and had begun performing for the Central Song and Dance Ensemble in Beijing. At the age of twenty-five, Yang Ying won first place in a national erhucompetition, clearly distinguishing herself as one of the foremost erhu players in China.” As a featured soloist, she has traveled widely performing for heads of state, including three US presidents. But here’s where it gets even more interesting – in the late 1980’s Ying became interested in Western music and went on to found Cobra, the first all-female rock band in China. This was frowned upon by the powers that be and caused her considerable risk. In the mid 90’s she immigrated to the US and began exploring jazz and rock integrated with traditional Chinese music. In addition to the healing music found on Elixir, she also has released world fusion music recordings, such as her appropriately titled Blurring Boundaries.

On Elixir, however, no boundaries are blurred, and the music is based on the traditional Chinese philosophy of the Five Elements theory, which believes that the universe consists of five fundamental elements (fire, earth, metal, water, and wood). This relates to the five basic tones (pentatonic scale) of Chinese music. It also draws on the principle of yin and yang, or the balance of opposites, which is necessary for good health. According to the album’s liner notes: “The music was designed to lead the listener to a relaxed state of balance and serenity. Importantly, however, the songs are not static and similar in tone and content, but are varied in tempo and melody. The music was designed to be an aid in a daily health maintenance regimen, and good health (as well as enjoyable music!) requires movement and stillness, yin and yang. Some of the tunes were designed for moving qigong exercises, such as the slow and graceful movements of Taijiquan, and others are accompaniments for the stillness of standing or sitting meditation.“

The album opens with a dramatic flourish of gong, chimes, and Beijing Opera-style percussion. The first track is entitled “Lunhui” meaning “circle.” This piece is intended to accompany moving meditation. An ancient type of zither, called a zheng, as well as a traditional flute – dizi, and the erhu create the melody, along with gentle percussion providing movement. Although the music is exotic, and has its roots in a less familiar culture, as it evolved past the intro, I became entrained in its peaceful flow and felt uplifted by it. Balancing the more yang energy of this piece, is the meditative yin quality of the second track, “Wandering.” This is a totally improvised 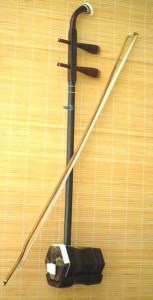 song that utilizes two differently tuned erhu’s and the zheng, along with the percussion of traditional monastic wood blocks. Although the erhu, which is sometimes referred to as a “Chinese violin,” has only two strings, it is a remarkably expressive instrument that is capable of hauntingly beautiful tones, including sounds with a distinctive vocal quality. The erhu has an evocative air that can reach in and touch the soul.

The next three compostitions are what Ying calls a “serial work,” described as: “all musical expressions of various sensations and experiences encountered in meditation.” Track 3 is absolutely gorgeous, and with its sounds of birdsongs and flowing water, bears a closer resemblance to classic new age music – in particular, the crystalline electric piano sound often associated with Steven Halpern. Ying sees this as: “a musical representation of the ethereal experience at the beginning of standing meditation, when the head is touching heaven and the feet are connected to earth, and the inner feeling when heaven, human body, and earth merge to oneness.” On Track 4, “Purification,” I found the resonant bell tones reverberating over the sound of surf and seagulls in the background quite appealing and profoundly relaxing. At over 14 minutes in length, Track 5 is by far the longest piece on the album and expresses the emotions of love and beauty that can arise in meditation. I may have to rescind my earlier statement about “no borders are blurred” on this album, as this song begins with a Western classical style motif, and later incorporates subtle hints of jazz and blues, along with traditional Chinese music – although “subtle” is the keyword here. Occasional traces of contemporary keyboards can be heard as well on the recording.

The feeling of being in a pristine forest at sunrise is imagined in a track called “Morning Immersion,” as the sound of nature and a mountain stream enhance the meditative music in this tranquil composition. Here, Ying points out: “The Chinese believe that all of nature is a source of vital energy, or qi, and the beauty of nature has always been a source of inspiration in Chinese music.” As I mentioned previously, the erhu has an emotionally evocative quality, and this is particularly true on the final track, entitled “Aspiring Emptiness.”  I don’t know if “melancholy” is the right word but there is a wistful or contemplative feeling in its sound on this spacious Zen-like composition as it is accompanied by two different types of traditional Chinese zithers, the zheng and qin.

While some of the songs on Elixir are designed for moving exercises and others meant to accompany the stillness of sitting or standing meditation, it is all quite peaceful and relaxing. I thoroughly enjoyed the exotic world Elixir draws you into that’s both ethereal and earthy – yin and yang. I’ll enjoy listening to this over time to experience its musical medicine.