In my feature article on pianist Dan Chadburn’s previous release, Nocturnes, I provided detailed information about his background and classical music training, his performances at Carnegie Hall in New York, Symphony Hall in Boston, The Kennedy Center in Washington, D.C., and more. Readers who may be interested can click on the Nocturnes link above to read that article. While the theme of album was “a journey through the night,” the focus for his latest album, Whispers The Falling Snow, is winter and the holiday season. In Dan’s words: “I wanted the music to serve as a reflection and celebration of wintertime and all the imagery and emotions that go with that season. And while there are indeed some longtime favorite Christmas carols on the CD, there are other songs which have been associated with the winter solstice season for many generations.”

The album contains ten songs, three of which are Dan’s original pieces, as well as a number of well-known Christmas carols, and several lesser-known holiday and seasonal tracks. According to Dan: “I appreciate all the traditions and religious occasions going back to the earliest times of honoring the winter solstice. No matter how people choose to enjoy their time together during the winter, I applaud the sentiments. I wanted to try to capture some of those feelings with my music.”

One of the most interesting aspects of Dan’s playing is the level of improvisation he brings to it. 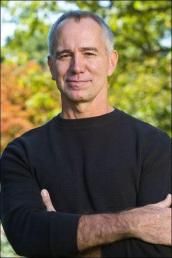 Although a number of the songs are based on established compositions, he does not perform them strictly as they are written, but allows himself to take liberties with them. As Dan shares: “The traditional tunes on Whispers the Falling Snow I have played ever since I was young and learning piano so I am very familiar with them. So I wanted to first state the melody as a celebration of the music that we have all come to know and love over the years. But then I devise my own arrangement by improvising off those themes to come up with something no one has ever heard before in hopes of making the music become fresh and alive for the contemporary audience.” He goes on to say that he likes to: “get into the zone and allow my hands to move freely on the keys as they will without my consciousness getting in the way.” In fact, of all the albums Dan has recorded, this one had the least amount of planning before he went into the studio, leaving room for inspiration to flow in the moment.

Although the title track is last on the album, the opening track, “O Come, O Come Emmanuel,” also perfectly evokes the feeling of softly falling snow in it’s introductory arpeggios that drift gently from Dan’s fingers on the keyboard. Played in a minor mode to enhance the mystique, this song makes for a lovely entrance to the album as it heralds the mystery and quiet beauty of the season. The next piece, “Bring A Torch, Jeanette Isabella,” is one of the lesser-known tunes that actually dates back to the mid 1500’s in France. Every once in a while, the melody evoked a sense of déjà vu or similarity with another Christmas song, but came to reveal its own character 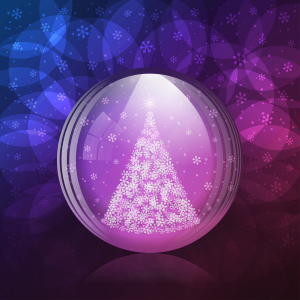 as Dan’s interpretation of it unfolded. From there, we move to one of Dan’s original songs on track 3, entitled “Returning Home.” This is a gorgeous and sensitive piece that is totally improvised and reflects Dan’s recollections of revisiting his childhood home and family for the holidays after being far away. At first pensive, and perhaps nostalgic, it opens up into an uplifting and celebratory mood. Dan imagines that the song’s melody and sentiment will evoke listener’s own particular memories and feelings.

I loved Dan’s unique version of one of the best-known Christmas classics, “Silent Night.” While the song clocks in at just under four minutes total, it isn’t until almost two minutes in that he actually breaks into the song’s familiar melody, after improvising in a minor key as an extended introduction. Dan explains: “I wanted to do something different than merely play the melody as it is known, in its major mode. As I closed my eyes to play, I envisioned a silent night… a quiet calm, yet complete in the darkness… absent of any fear…  And so it seemed natural to begin the piece in the mystery of the minor key.” I also greatly enjoyed the elegance of “Winter Waltz,” one of Dan’s originals, which evolved out of his envisioning a couple skating together outside on the ice. The piece perfectly captures this vision and its’ ¾ time gives a feeling of gliding gracefully through a winter wonderland.

But perhaps my favorite song on the album is “Angels We Have Heard On High.” Like a number 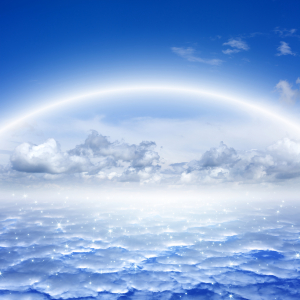 of Dan’s other pieces, this one opens with an improvisation that leads into the main melody. For me, there is something majestic about this composition that I find stirring on a soul level. Dan’s heartfelt piano work gives this song wings and evokes feelings of heavenly grandeur that uplifts the spirit. As mentioned, the album ends with the title track, another original piece by Dan. For this one, an inner vision of the first snowfall of the winter provided the inspiration. In his words: “I sat down at the piano…closed my eyes…and began to play…at first, watching the single flakes fall by themselves in silence from the sky, soon joined by more and more flakes floating down, each one unique and different, collectively creating a beautiful landscape, calm and serene.” He adds that: “The album title also serves as sort of a metaphor for the music because, just as each snowflake is unique and different, my arrangements of songs change each time due to my improvisation so no two versions are ever exactly alike.” It is a lovely ending to this celebration of winter and leaves the listener in a wonderfully peaceful state of being.

While there are many holiday and winter-themed albums appearing at this time of year, I appreciate the innovative approach Dan brings to the music with his imaginative improvisations, and mix of holiday standards and original tunes. It is a diverse collection that is further expanded by the addition of less well-known traditional songs. But what really makes this compilation stand out is the sensitivity and emotion that Dan’s playing is imbued with. Whispers The Falling Snow makes for a lovely listening experience that could well become a seasonal classic.