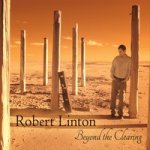 It was interesting to receive the new album by guitarist Robert Linton exactly on the fifth anniversary of my Music and Media Focus website, considering that his previous release, Throughout The Autumn Light was one of the first albums I had the pleasure to write about here. That release went on to do very well, garnering a number 2 spot on the ZMR Top 100 Radio Airplay charts, as well as a nomination for Best Instrumental Acoustic Album.

As I said of his playing on that album: “Robert Linton has the artistic acuity to convey a particular mood in a way that envelops the listener and draws them into his space for the duration of the recording. His guitar playing is sensitive, deft, and evocative, providing a gentle journey you’ll want to embark upon often. In fact, if you are looking for the perfect soundtrack for a mellow Sunday morning, you couldn’t do much better than this.” All of the wonderful qualities that made that album so likeable are found in abundance here on his new recording, Beyond The Clearing.

On this project, some previous musical relationships were renewed and some new one’s formed. Robert once again worked with well-known producer Corin Nelsen who mixed, mastered, and co-produced the album. Reprising their roles as accompanists are Jeff Oster (flugelhorn), Jill Haley (English horn), Jeff Pearce (Ebow guitar), and Stephen Katz (cello). Also joining Robert are Sara Milonovich (violin), Heidi Breyer (piano), Kitty Thompson (cello), and Adam Miller (guitar). Interestingly, each song on the album is a duet between Robert on guitar and one of the above-named accompanists. As I mentioned about his last album, Robert’s instrument of choice is the nylon string acoustic guitar, which he tends to pluck fingerstyle, rather than strum, providing a harp-like sonority, which I found quite heavenly and relaxing.

In my interview, I asked Robert how he would describe or classify his music, to which he replied: “As I’ve tried 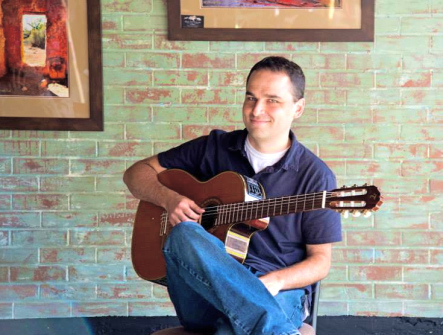 to describe my music over the years I’ve settled with using simply instrumental guitar or New Age as the genre. New Age is familiar to most people yet I’ve wanted to define my music further into something more unique. As my music is being played, I would hope the people hearing it would take time to reflect on their own lives. I strive to evoke emotion with my music, providing a soundtrack to that moment. Taking these things into consideration I’ve mentioned my music as being ‘Reflective Instrumental’.”

So let’s reflect on the beautiful instrumental sounds found in Beyond the Clearing. The album opens with gentle grace on a track called “Aside the River Bend.” Robert’s peaceful flowing guitar, accompanied by violin creates the mood and sets the stage for the overall ambiance of the album. On the next track, “Gathering Over the Surface,” Robert is joined by one of my favorite pianists, Heidi Breyer, whose own music, I’ve always enjoyed listening to and writing about. Here, her contribution is both supportive and understated, allowing Robert’s guitar to be the primary voice. I particularly liked his chord progression on this piece and the dreamy atmosphere it creates.

Another of my favorite artists, Jeff Oster, is heard on track 3, “Lingering Rustle,” adding his trademark ambient horn playing. Jeff is a frequent collaborator with Windham Hill Records founder Will Ackerman and is a chart-topping artist in his own right, having worked with some of the biggest names in the music industry and garnered numerous accolades internationally. Here, his spacious and sweet horn lines drift peacefully over Robert’s pastoral melody. A more wistful air characterizes “Shadowing the Hillside” as Robert’s classically influenced guitar is accentuated by the soulful strains of cello.

While all of the songs on he album are exquisite, one that especially appealed to me as a guitarist was “A Distant Storm.” This track featured Robert in a duet with fellow acoustic guitarist Adam Miller, whose graceful lead lines intertwined so beautifully with Robert’s melody on this impressionistic composition. The piece also exhibited a perfect blend of sound and space. This balance is also maintained on the next song, the title track, which starts out as solo guitar for about the first third before being joined by the heartfelt violin playing of Sara Milonovich. 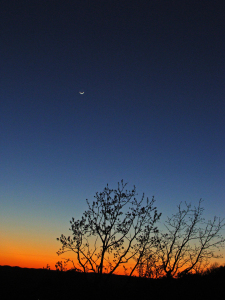 Long time Will Ackerman collaborator and studio musician Jill Haley adds her haunting English horn parts to the expansive “Stretching Across the Horizon.” A similar feel is evoked on “Amid the Stillness,” although this time in duet with cello played by Stephen Katz. However, the track I was most looking forward to was the final one. Entitled “Beneath the Cloudless Sky,” the piece features Robert’s duet with ambient guitarist Jeff Pearce, whose own highly regarded music I’ve had the pleasure of writing about. On this track, Jeff plays the electric guitar with an Ebow, which is a handheld electronic device that when held over the strings, makes them sustain as long as you want them to. While somewhat similar to the sound of a violin, with the addition of effects like reverb and digital delay, the effect is quite ethereal and made for an interesting contrast with the earthy sound of Roberts acoustic guitar.

Among the standout aspects of this album, as I’ve been mentioning, are Robert’s musical interactions with the various accompanists. I liked the way he chose just one musician to play with for each song. Each duet has its own unique characteristics, while maintaining the general tone and consistency of the album. I appreciate the subtlety and understatement in Robert’s songs, which are like pastel portraits in sound.

Beyond The Clearing provides a most peaceful and relaxing listening experience. The sound of Robert’s 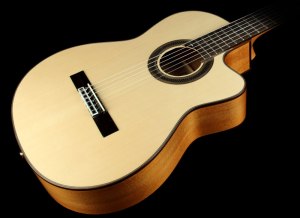 fingerstyle nylon string guitar exudes a softness and warmth that is different from the brighter tone of a steel string guitar. His compositions are visually and emotionally evocative, exhibiting enough diversity to keep it interesting, while maintaining the overall ambiance of the album. Robert’s deep affinity for musical expression comes through in his composing and playing, as well as in his words: “I love expressing myself through music and have a strong passion for playing yet one of the most fulfilling aspects of being a musician is hearing that my music has played a role in someone’s life. It means a lot to me that something I’ve created has had a profound effect on the listener.”