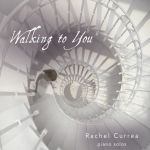 Rachel Currea is a multi-talented artist whose creativity expands to being a pianist, composer, conductor, collaborator, and educator. As a performer, Rachel has also shared the stage with opera singers such as Sandra Lopez, Elizabeth Caballero, Yvette Loynaz, and tenor Stuart Neill, and has recently teamed up with Grammy-nominated producer and 17-time Classical Brit Award winner, Jon Cohen, to produce her latest single “Imminence,” which also features an orchestra. At this point in her career, Rachel has released her second solo piano album entitled Walking to You, following her critically acclaimed debut recording, Inner Sound Piano Solos. The new release is doing quite well too having been nominated by Whisperings Piano Radio for Best Album of the Year in 2015, and by Enlightened Piano Radio for Best Solo Piano Album 2016.

Rachel’s love affair with the piano goes back to the time when she was only 9 years old and her father brought home a Steinway baby grand piano and asked her if she wanted lessons. According to Rachel: “I was not fond of my first piano teacher.  In fact, I refused to practice for her, but my parents could see my yearning look every time I passed the piano and quickly found me a different teacher.  My second teacher was delightful and I blossomed with her. My father was the music director at our church and by age 11, I was playing hymns, special music, and began accompanying the choir.  My experience is deeply rooted in sacred music. When I was growing up my father would not let us listen to “that junk on the radio”.  Instead, we listened to reel-to-reel tapes of Bob Dylan, Joan Baez, Simon and Garfunkel, bluegrass, and classical music 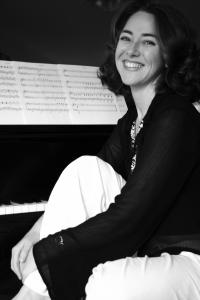 like Mendelssohn’s violin concerto and some of Bach’s organ music. As I grew older my classical training led me to great pianists and interpreters such as Arthur Rubenstein for Chopin and Glenn Gould for Bach.” Rachel’s later training includes Bachelor’s and Master’s degrees in Piano from the University of Miami.

In my interview with Rachel, I asked about her composing style, to which she replied: “When I first began composing this kind of music in the early 90’s I did not even know there was a genre for this style of piano music, had not even heard of George Winston or new age music.  I had no intention of sharing my compositions with anyone. It all started with a prayer. A favorite great uncle had passed away and I wanted to do something to commemorate his life and passing.  I prayed that I could write a song for him. Inner Peace, from my first album, Inner Sound Piano Solos, is written in his memory.  After that it seemed like I had a muse waking me up every night at midnight with music in my head and I could not get back to sleep unless I got up and played it out or wrote it out.”

Although she began composing at 19 years old, shortly after, in one of life’s unexpected turn of events, Rachel suffered a serious auto accident, which left her with major head and wrist injuries. This made it nearly impossible for her to compose for the next 10 years, although she continued to teach piano and perform. After a long dry spell from composing, learning to meditate helped her get to a point of breakthrough. In her words: “My life and music is about transformation: Turning pain into beauty, hurt into acceptance, dark into light, fear and loss into love. Composing is the way that I find peace for myself, and others.” 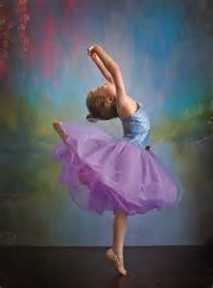 These qualities of beauty, light, love, and peace are strongly felt in the title track, which opens the album. Rachel’s touch on the piano is elegant and graceful as she wends her way through delightful and sometimes unexpected melodic twists and turns, making for a perfect introduction to her music. When I asked Rachel about where she draws her inspiration from, she replied: “Sometimes the inspiration comes from my daughter, from my relationships, from nature, from poetry, and sometimes silence.” One of the songs inspired by her daughter is entitled “Sarah’s Dance.” I particularly liked how the piece started out with a light airy feel that somehow reminded me of butterflies fluttering, before shifting into a minor key with a deeply soulful feel that was quite moving, and eventually reverting at the end into the major key motif that began the song. The other track that was inspired by her daughter is “Evening Joys,” set to a lovely waltz rhythm in ¾ time exuding a warm comforting ambiance with an air of enchantment in the middle movement. Equally uplifting is the tender melody of “Abundance Of The Heart.”

With regard to track 8, Rachel shared: “’Hear Me Now’ – was born during a time of serious health challenges.  I found that I could find some respite and peace during the process of composing this piece.  At the time I wanted those around me to ‘hear me’, but in the process of composing this piece discovered that it was I that needed to hear my own inner voice.” It is hard to put into words, but there is a very personal feeling about this track, and I was taken by some of Rachel’s most dynamic playing on the album contrasted with more spacious sections. This piece is an impressive showcase for Rachel’s talents in composition, technique, and expressiveness, providing me with a number of wow moments. Also quite personal in nature is a track called “It’ll Be OK,” about which Rachel shared: “Every marriage and relationship has its struggles and this song was written at difficult time in my own journey to sort of reassure myself that things would get better. It was born of both sorrow and hope.” It is a piece and a sentiment that I’m sure many people can relate to. 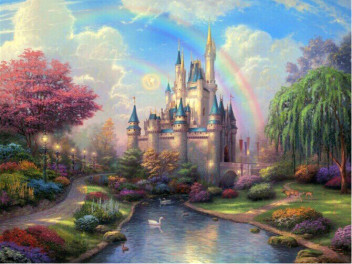 And speaking of contrasts, a track appropriately titled “Once Upon a Time,” has an interesting inspiration. According to Rachel: “My daughter attended a kindergarten where they told fairy tales every day.  It was a big part of the curriculum and storytelling became a big part of our lives.  This piece has all the elements of a fairy tale: mystery, nobility, light and dark.” There is a cinematic quality to this composition, and I could imagine it as part of a soundtrack in a movie. Another contrast was between two songs in a row that related to sleep. While “Starlight Lullaby” was light and pretty, as one would expect from a lullaby, “Celestial Dreams” had a more mysterious feel, as dreams often do. 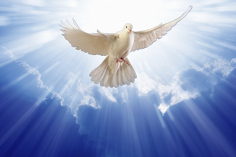 As mentioned earlier, sacred music played an important role in Rachel’s life, and that influence is strongly felt in the final track, “Hymn To The Holy Spirit.” At over 6 minutes in length, this is the longest composition on the album. Rachel uses that expanse to let the piece unfold slowly through various movements, starting out quietly and with reverence, later evolving into powerfully inspired passages that are quite uplifting. While this is officially the last song on the album, also included after it is a bonus track – the above-mentioned single “Imminence.” This piece reflects a completely different side of Rachel’s musical spectrum in that it is lavishly orchestrated. Once again, it was fascinating to hear the contrast, and it certainly piqued my interest to hear more of Rachel’s piano work in this kind of fuller context. 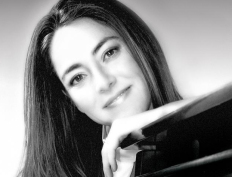 Among the qualities that impress me most about this album are its breadth and depth. The breadth in the diversity of its compositions and the range of emotions they evoke, and the depth in the sometimes simple, sometimes intricate melodies, and the always-exquisite expressiveness with which they are performed. Rachel Currea is a shinning star in the crowded solo piano universe, as evidenced not only by the critical acclaim she has received, but also by the millions of listeners who have tuned into her music on sites like Pandora, Spotify, etc. With Walking To You being only her second release, Rachel is off to a stellar start, and I have no doubt that the future holds great promise for this multi-talented artist.