One of the things I like best about the albums of Grammy-nominated recording artist Al Conti is that they are what were called in the 60’s and 70’s: “concept albums.” According to Wikipedia: “A concept album is a studio album where all musical or lyrical ideas contribute to a single overall theme or unified story. In contrast, typical studio albums consist of a number of unconnected songs (lyrically and otherwise) performed by the artist.” Some examples that come to mind are classics by The Beatles, Moody Blues, Pink Floyd, The Who, and others. One of the reasons I am so glad to see contemporary artists like Al Conti following in this tradition is because in today’s sound bite society and the growing trend of downloading single tracks, the idea of an album as a body of work is being lost. A recording like The Blue Rose is something I cherish because it tells a story, both musically and in the liner notes and artwork, taking you on an imaginative journey from beginning to end.

Al Conti’s own story has been a journey as well, literally. Born and raised in Argentina, he traveled widely and lived in South America, 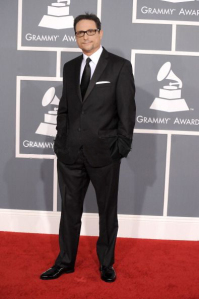 Europe, and currently resides in the northeastern US in Vermont. His musical palate was shaped by these various cultural influences including Argentinean tangos, classical composers, European pop music, and later new age and world music. Al has also had extensive experience as an actor, having appeared in the CBS daytime drama “As The World Turns,” numerous radio and television commercials, and on-stage in theatre productions. However, music has always been central in his life and he began to get serious about composing in the early 90’s. A catalyst came when, in his words: “Several years ago I had a near-death experience that was life-altering for me.  It wasn’t long after, that music became my fulltime career and I started recording.” With a deepened sense of the value of life, Al also devotes his time to a number of causes such as The Leukemia & Lymphoma Society, Alzheimer’s Association, and Until There’s a Cure, which combats the HIV/AIDS pandemic. He adds: “If you have ever had a friend or family member fighting one of these diseases,” he says, “then you know why it is so important for all of us to show our support.” 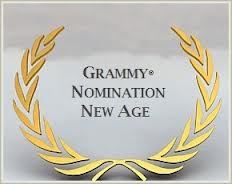 Making music a primary focus was a wise choice for Al given his string of award winning and chart topping albums over the years, not to mention a GRAMMY nomination for his Northern Seas album in 2011 – a stunning acknowledgement for his work as a composer, arranger, producer and multi-instrumentalist. The idea of a concept album is not new to Al, having produced a number of releases in this format. And while they all tell a story, each one is rooted in a different world culture and has completely different energy. As he explains:  “I like to say my album Scheherazade was infused with a more feminine energy, while Northern Seas, with a more masculine one. I believe that The Blue Rose has returned in some ways to the energy expressed in Scheherazade, yet is different in feeling and emotion.” The idea behind The Blue Rose is based on an Asian story that fascinated Al as a child. As he tells it:  “Faced with the prospect of an undesirable marriage, a princess devises a plan: the man she will marry must profess his love by finding the impossible… a blue rose. Knowing that such a rose does not exist in nature, the princess rests, confident that she has escaped marriage and is in control of her own destiny. But destiny has other plans and the unattainable rose – the impossible love – suddenly manifests and her heart is swept away.”

I was also swept away right from the first track as percolating arpeggiated sequences intertwine creating a background for Al’s opening piano melody. With a cymbal swell, a cello enters the sound field as the orchestration builds, and we are off on a magical musical odyssey. Traces of delicate Asian sounds tint the picture, enhanced by elements of classical and new age music. This song, entitled “The Princess and the Emperor” is incredibly lush and evocative, creating a wonderful start to the album and the story that is unfolding. By contrast, the next piece, “Silk and Jasmine” takes a more Zen-like approach in its simplicity, yet contains subtle instrumental flavors to be savored by the discerning listener. I enjoyed the percussive energy of “The Merchant’s Rose,” that created an exotic groove for a variety of traditional Asian sounds to dance upon. 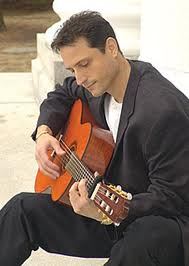 Al performed most of the wide variety of instrumental sounds heard on the album,  with a few special guest artists lending their talents to the mix. On a song called “Painted Vase,” Hannah Beth Crary adds fiddle to a track that blends ancient sounds with a contemporary drum loop for an interesting juxtaposition. One of my favorite pieces, “Bamboo Night Garden,”  features the sweet flute playing of Ann Licater, who is well-known in new age music circles for her own award-winning albums. While much of the music on The Blue Rosehas a cinematic air about it, a song that stands out particularly in this way is “Last Suitor,” with its rich orchestration and stately manner. The same could be said of the title track, which brings the album to an elegant conclusion. This observation is echoed by Diane Arkenstone, herself a stellar new age music composer, who called The Blue Rose “a breathtaking work of music and art. It has the grace and elegance of a work by Tchaikovsky and makes for a most enchanting, modern classic.”

Given Al’s record for composing and producing award-winning music, I expected to be impressed, and I was certainly not disappointed. The Blue Rose is a luminous telling of an enchanted tale. From his compositional mastery to his impeccable musicianship and productions skills Al Conti has been emerging as a major figure in the new age music genre. I’m sure that this new release will only serve to further enhance his growing reputation.