While pianist/composer Anne Trenning has featured a variety of accompanists on some of her previous albums, on this fourth release, The Sunflower Waltz, she has decided to fly solo. This album is envisioned as a “greatest hits” assemblage, offering ten new selections, and six previously released compositions interpreted as solo piano productions. According to Anne, “This is my first entirely “solo piano” compilation, and as such it’s just me and the piano. All 16 tracks are original compositions recorded on one of the world’s finest acoustic keyboards, the Shigeru Kawai piano. The recording was crafted at Piano Haven Studio in Sedona, Arizona by Joe Bongiorno, a masterful pianist, composer, and recording engineer who produced the collection in its entirety.”

Born and raised in the Chicago area, Anne’s musical roots are as deep as they are diverse. In her younger years, her parent’s records of Mahalia Jackson and gospel music were a formative influence. Anne’s early classical studies led her to appreciate Bach, Beethoven, Brahms, Debussy and Chopin. Yet at the same time, she was drawn to singer songwriters of the 70’s such as James Taylor, Crosby, Stills, and Nash, Joni Mitchell, Cat Stevens, Bonnie Raitt, and more. When Anne eventually moved south where she developed a deeper appreciation for roots-oriented genres such as folk, Americana, Celtic, bluegrass, southern rock, and country. All of these various elements find their way into Anne’s writing, however, as she explains: “Structurally, it is my classical background that has the greatest impact on my songwriting.” While in South Carolina, Anne attended Converse College on a musical scholarship and went on to earn a Bachelor of Arts Degree in Music and History, with a particular interest in composers Mendelssohn, Scarlatti, and Ravel. As time went on, Anne discovered the new age music of George Winston, David Lanz, Suzanne Ciani, and the Windham Hill and Narada labels, which opened new horizons for her.

In my interview with Anne, I asked what inspires her, not only musically, but also in life. As she relates: “I am particularly 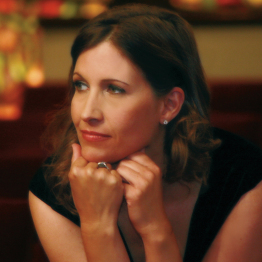 moved in life and music by the communication of emotion – the powerful impact of a kind word or gesture, the universal resonance of a smile, the conveyance of inclusiveness and acceptance within a melodic phrase. Simplicity in harmonic character has always been an attractor for me. Nature and symmetry are endlessly fascinating, and exploring new scenarios is conducive for inspirational value. Also, I am quite moved by the brilliance of writers and their command of the written word. There is nothing quite like wonderfully crafted literature to transport the mind.”

Anne’s exquisitely crafted music also has the ability to transport the listener as well. As we take a look at some of the highlights of The Sunflower Waltz, I’m grateful that Anne has provided her personal perspectives in our interview about these tracks, which I am happy to share with the readers of this feature article. The album opens with an expression of pure childlike joy on a pop-influenced track entitled “Max’s Birthday.” According to Anne: “This selection is a testament to the argument that time, however short, is invaluable. I was waiting for a student to arrive one afternoon and took advantage of the extra few minutes to play around at the keyboard. Outside my window I heard the joyful noise of a celebration for our young neighbor Max, who was having a birthday party. Two minutes later my student arrived and kindly announced that whatever I was playing was lovely. In that short moment, a song was born.” And a wonderful song it is. 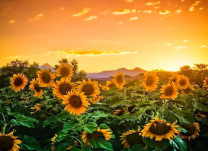 A more classically oriented feel is reflected in the album’s up-tempo title track. This piece is a showcase for Anne’s technical virtuosity on the piano, as well as her expressiveness. With regard to the inspiration for this composition, Anne shares: “Adaptability, beauty, and determination are all characteristics of the sunflower. Sunflowers follow the sun wherever it leads, and offer a metaphorical optimism of strength in their powerful glory. Their resilience is unparalleled. Today, more so than ever, we must strive to root ourselves and persevere.” It is quite a change stylistically from the first track, but as I mentioned, Anne’s music and influences are diverse.

With 16 tracks on the album, I won’t go into depth on all of them but will present a representative selection of the recording and what are for me highlights and favorite moments. A wonderful example of how brilliantly Anne is able to express an ineffable feeling in her music is on a track called “Just Fly.” With it’s left hand ostinato bass, juxtaposed against a floating right hand melodic line, the piece conveys a feeling of uncertainty and 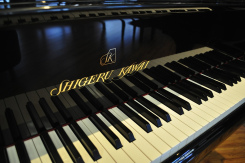 wondering, but also a sense of relief in knowing that it will work out eventually. As Anne says: “Until then, just fly…

A haunting dreamy descending melody characterizes “Fade To Blue,” that Anne describes as the feeling of exploring a museum filled with antiquity and history and an appreciation for time that created and preceded our own existence.” The mood is reflective and its spaciousness leaves room for the piece to breathe. A theme that I’m sure we could all learn to grow into more is found in a track entitled “Letting Go.” I particularly liked the way the notes seem to fly from her fingers, like being cast to the wind, exemplifying the title of this track.

A slower tempo is measured in a piece called “Backyard Dreamer,” of which Anne relates: “All artists are dreamers. For me, dreams becomes music, and within, there is beauty to behold. So often our best thoughts manifest themselves in the dreamiest way.” In my mind’s eye, this song evoked an image of lying in the grass looking up at the clouds, lost in thought. While most of the tracks on the album, either up-tempo or more contemplative, share an uplifting ambience; a more wistful air characterizes “Days Gone By,” reflecting on the feeling of melancholy. which can accompany the passage of time. What I appreciated most about this song is that it is yet another example of Anne’s impressive range and diversity. 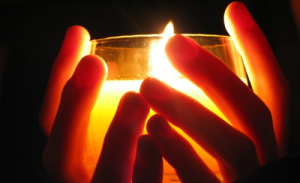 I was deeply moved by the album’s closing track entitled “A Prayer For The World.” Of this piece Anne shares: “This is my prayer for humanity. When things seem most disheartening, let music with fill your heart with hope, and with this profound gesture, may hope help you see your way forward. May you persevere as a sunflower in all its radiant glory.” It’s a heartfelt piece that exemplifies one of the qualities I was most impressed by in Anne’s composing – the use of space and pauses to accentuate the melody. Sometimes having the vision of when not to play is as important as the notes themselves, and Anne has a finely tuned sense of that distinction.

In this day and age of people feeling entitled to download music for free and artists making a fraction of cent for their songs, Anne shared an important message from her heart in our interview. In her words: “I would like the opportunity to express my gratitude to those who objectively set forth as part of their life’s intentions to support artists throughout the world. When individuals truly appreciate the work of their neighbors and uplift their efforts, the artist is enabled to pursue his or her life’s calling. Thank you to the greater good for understanding this necessity and maintaining the importance of this relationship.”

There is a subtle sense of spirituality in the music of Anne Trenning that is quietly felt like a gentle breeze on a summer’s day. This intangible quality is perceived almost subliminally, yet is communicated in a very real way. I must say that in the little bit that I’ve gotten to know Anne, I am as impressed with her as a person as I am with her as the consummate musician she is. The Sunflower Waltz is a gorgeous album filled with colors and contrasts, moods and melodies, to delight the ear of anyone fortunate enough to hear it. While this was my first exposure to Anne Trenning’s elegant music, I am most certain that it won’t be my last.