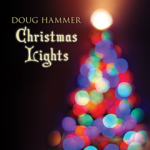 Christmas Lights is the tenth album release from prolific composer and pianist Doug Hammer. The album includes solo piano versions of 17 traditional Christmas favorites and one new original composition (the title track.) There is a lovely story that goes with this original piece, but since it is the final track on the album, I’ll save it for later. Before discussing the music, for those who may not be familiar, Doug Hammer has both won and been nominated for many awards and honors over the course of his career after graduating from the prestigious Berklee College of Music in Boston. He has worked on projects for film, TV, radio, web, and corporations and his music is widely popular on internet, satellite and radio stations all over the world, receiving millions of plays on Pandora, Spotify, Music Choice, and Whisperings Solo Piano Radio. Doug continues to tour regularly across the United States and recently performed at the world-renowned Carnegie Hall in New York City.

In our interview, Doug shared his musical goal: “To inspire, to elevate, and to inject more 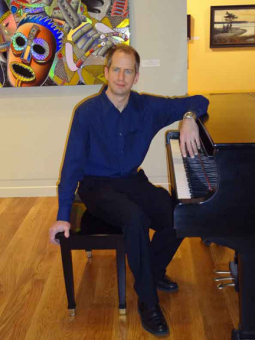 positivity in this world. My approach to music is more about capturing emotion than anything else. I think my job is to connect with people. You can do that in so many ways. For me, it’s notes, sounds, and frequencies. Music is indeed a language for me.” This is the ideal he had in mind when creating this album. And what better genre than Christmas music to do this with its focus on good will, peace on earth, giving, and Spirit? Doug describes the diversity of the album in this way: “From soft and gentle to powerful and thundering, Christmas Lights covers a wide spectrum of genres, including pop, new age, classical, jazz, and blues.” The album provides a showcase for Doug’s signature and unique arrangements of these traditional classics.

The first of these is one of my all time favorite Christmas songs, “Angels We Have Heard On High.” The piece opens most simply with single notes tracing the melody of this timeless classic. As it evolves, the phrasing becomes more involved, building to a climax before reprising the sparseness of the beginning. I liked the balance of the more meditative aspect of Doug’s arrangement and the powerful section that resonated with the heavenly glory that the song portrays. This inspiring track provides a wonderful warm welcome into the album. 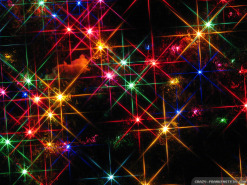 With 18 songs on the recording that total over an hour and 10 minutes in length, there isn’t room to go into detail on all of them, but I’ll be happy to share what are, for me, some of the highlights and favorite moments. On “Joy To The World,” I liked the anonymous intro that didn’t hint at what the song was until the familiar melody kicked in after a half a minute or so. Once he digs into it, the song takes off like a rocket leaving a joy-filled shower of sparks behind it. Doug’s arrangement takes some liberties with its jazz and pop-tinged inflections that light up the song like a Christmas tree. Other songs such as “It Came Upon A Midnight Clear” and “Away In A Manger” feature more understated and traditional arrangements.

A nice surprise was the lively version of “Deck The Halls” with its rollicking, rolling arpeggios 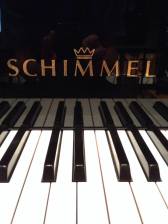 and accelerated tempo. This was a real standout piece and a supreme showcase for Doug’s impressive keyboard technique. Giving us time to catch our breath after that wild musical sleigh ride is a sublimely peaceful rendition of O Come, All Ye Faithful that provided a yin-yang contrast to the preceding track. I’ve always thought that one of the most interesting Christmas carols is “What Child Is This,” which is a hymn that was written in 1865, and set to the traditional English folksong “Greensleeves.” What I liked most about Doug’s version was the way it pays homage to the original before taking off on a wonderfully innovative interlude in the middle that I found quite moving.

However, I literally laughed out loud when I heard Doug’s take on “Good King Wenceslas, which is done in a swinging boogie-woogie style. It was totally unexpected in the context of what had come before, and completely caught me off guard – in a good way. In addition to being a fun piece, it shows yet another facet of Doug’s expansive musical spectrum. Now that I was ready for whatever was to come, the next tune, “Jingle Bells” followed suit decked out as a rocking New Orleans-style number. After this pair of good time toe-tappers, more familiar and reverent versions of songs like “Still, Still, Still,” “Coventry Carol,” and “O Holy Night” followed. 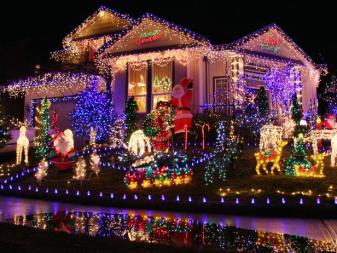 Which brings us to the final song, Doug’s original composition, “Christmas Lights.” As I mentioned earlier, there is a lovely story that inspired this song, which I will let Doug tell in his own words: “I grew up in the Chicago area in a tight-knit family with one brother and two sisters. And I have very vivid and wonderful memories of being with them, especially around Christmastime. My parents used to take us in their station wagon all around the surrounding neighborhoods to marvel at all the magical Christmas light displays. We used to fog up the windows and had to keep wiping them down. I wanted to musically capture those memories, feelings and emotions in ‘Christmas Lights.’ On this song I blend and blur some chords using the sustain pedal of the piano – it makes it sound like a memory, sort of out of focus, like those fogged up windows.” It’s a gorgeous evocative piece that brings the album to a sweet and peaceful conclusion.

Like the image its title evokes, Christmas Lights sparkles with creativity and fresh takes on well-loved classic holiday songs. The diversity of styles Doug interprets them in exhibits his technical virtuosity, arranging skills, and emotion, with a dash of humor for good measure. This is truly a Christmas album with something for everybody, and captures all the warmth and spirit that the holiday is about with both reverence and light heartedness.