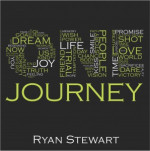 Pianist/composer Ryan Stewart’s One Journey is his third release, and follows his critically acclaimed debut album Equanimity, which was included on the Top 30 Albums for the Decade by MainlyPiano.com, and the sequel to that, The Dreaming Hour, that was in the Top 15 Albums of 2010, also on MainlyPiano.com. Based on his past success, as well as having heard this new album, I’m sure One Journey is going to be equally well received. The recording encompasses 13 original compositions ranging from piano solos to “fully painted orchestral works.” In an interview, I asked Ryan talk about the title and what it means to him. As he explains: “One Journey represents some of my more poignant life experiences found within my on-going journey. Life consists of smaller journeys and experiences that, when summed together, become our One Journey.”

A particular life experience which had a profound impact on Ryan was that of his loosing his mother to cancer when he was just 13 years old. She had always encouraged him to play the piano, even though he sometimes rebelled against it. As he describes her passing: “For the first time, I truly felt alone. She was no longer there to believe in me. I could no longer hear her voice of encouragement. It was at this moment of deepest despair that I realized she had given me something very special. Music became my one true connection that I had with her. I found myself with a true interest in music for the first time even though I had been playing for years. I began composing. Her gift of music carried me through some of the most difficult times in my life. Her tireless sacrifice to make me into a musician along with the knowledge that she was gone transformed me into a completely different person.”

He goes on to say: “I was trained at a young age as a classical musician by my mother. I grew up listening to a variety of

music. However, I wanted to compose and utilize the beautiful harmonies particularly found in classical music.” As you might expect, Ryan lists composers like Chopin and Rachmaninoff as major influences. Not as expected, though, are others on that list including Led Zeppelin, Herbie Hancock, and Jean Michel Jarre. After graduating from high school, Ryan went on to The University of Utah on a full scholarship, where he honed his piano skills as he studied, played, and taught piano lessons. In addition to music, Ryan also has a great love for languages, of which he can “get around” on six of them, as well as travel, philosophy, and science. But his main focus is on music, which he calls “a universal language” that enables him to communicate with as many people as possible.

According to the great Chinese philosopher Lao Tzu: “The journey of a thousand miles begins with a single step,” so lets take that first step into One Journey. On the opening track entitled “When We Met,” rolling arpeggios with the left hand lay down a flowery path for Ryan’s light-hearted melody to follow. There are some interesting twists and turns along the way as the solo piano piece slips momentarily into a minor mode, and then back out again. As the piece ends, we can look back and realize that we are on the journey now. And what better place to find ourselves on track 2 than “Here and Now.” After about a minute, what started as a solo piano piece evolves into a fully orchestrated composition with a lush string section that includes Monte Belknap (principal violin) and Nicole Pinnell (principal cello). This track has a more dramatic air to it that could even be called “cinematic.” 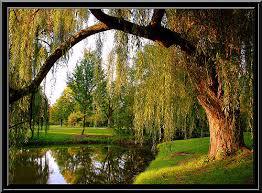 There is an interesting story that goes with one of Ryan’s favorite tracks, a lovely Celtic-tinged piece called “Under the Willow.” In his words: “What makes it special for me is that it has the voice of my 13-year-old daughter, Aysia. When I was a child, I would lay under a willow tree near my house and would find myself daydreaming. I was very lucky to have Aysia’s perfect innocent voice on the album since she was also the same age I was when I laid under that tree.” Her airy wordless vocals are exquisite and lend an Enya-like vibe to the piece. And speaking of vibe, there is a particular warmth and sentimentality that perfectly fits the track called “Old Friend,” which for me, evoked an image of sharing a glass of wine while reminiscing in front of a crackling fire with a long cherished acquaintance.

On “The Portrait,” soulful violin passages leave their sonic brush marks on the canvas of Ryan’s sensitive piano work in this classically influenced composition. After this, we are treated to four solo piano compositions that range from the upbeat “Happy People,” to the more introspective “One Step Closer,” “Windows of Time,” and “Winding Road.” On the next to the last track entitled “Our Story,” the orchestration is understated, yet tasteful in it’s support of Ryan’s lovely piano melody. As the album draws to a close with the appropriately titled “Coming Home,” there is an interesting surprise waiting for us. This track is all orchestration and no piano. Lush strings and heavenly female vocal choir make for a grand finale on this musical journey.

While it’s easy to get lost in Ryan’s beautifully evocative piano melodies, the album also reveals his talents as an arranger 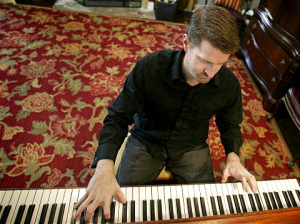 and composer. He has a discerning ear for how and when to add accompaniment. And his compositions reflect a wide range of emotional expression that is born of real life experience. His words from our interview sum this up and make for fitting final thoughts to this feature article: “Music is what got me through the toughest times in life in my life. My vision is to share music with the world in hopes of transforming people’s lives, diminishing suffering, and lifting the human spirit. The songs are mainly inspired by my relationships, my travels, positive experiences, positive memories, and simply celebrates the miraculous dance of life.”