It’s been said that our destiny is written in the stars, and for Craig Padilla, there is a particular ring of truth to that statement. It was as a youngster, on a school trip to a planetarium, where he became enchanted by the music that accompanied the astronomy program (Jean Michel Jarre’s seminal 1976 electronic music masterwork, Oxygene.) Craig knew then and there that he had found a musical direction he wanted to follow. And follow it he has – recording over two-dozen albums since the mid 90’s, as well as producing a number of soundtracks for film, television, and theatre. His music has garnered extensive airplay on stations like Hearts of Space and Echoes, and XM Satellite Radio. He also has a channel on youtube that features a wide selection of his videos.

As he grew into musical maturity, Craig was influenced by many of the pioneers of electronic music such as Wendy Carlos, Vangelis, Klaus Schulze, Tangerine Dream, Kraftwerk, Steve Roach, and others. These influences are like threads woven into the fabric of his music, which features many of the earlier analog synthesizers with their classic sounds. However, far from being anachronistic and dwelling in the past, Craig’s vast electronic arsenal includes the latest technology as well. But it is the way he synergizes them that gives him his own magical blend of audio alchemy. 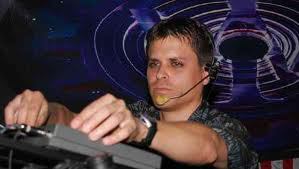 With such a large catalog of recordings, it’s not surprising that there is diversity within. Listeners who may be familiar with one of Craig’s most popular albums, Vostok, which has been described as “essential minimalism” and “the ultimate icescape,” will find a very different direction and temperature on his latest recording, The Heart Of The Soul, which he co-produced with Howard Givens. According to Craig: “It is the most personal and emotional album I’ve ever created. This CD is more than about my life experiences, it’s about the love that each and every one of us has the capability of finding and sharing with each other. This is the style of music that I really enjoy creating for my live performances, music of melody and style but still has plenty of classic spacey and hypnotic synth-elements, and perhaps something that’s more accessible (aka “mainstream” even though I don’t like using that word) than my other releases. I like the idea of combining “old school/classic” electronics with melody.” I would concur that with its blend of atmospheric textures and romantic motifs, this is one of Craig’s most accessible recordings and it certainly has the potential to appeal to a wide audience.

The music grabbed me right from the start as track one opened with two bubbly pulsing analog synth sequences weaving in and out of each other in tempo, soon to be joined by a thumping bass drum providing a percussive anchor. This track is a good example of what is known as the “Berlin School” of electronic music, and is one that Craig is sometimes associated with. This is a particular sub-genre that originated in the 70’s with German artists such as Tangerine Dream, Klaus Shulze, Ashra, and others. This is some of my favorite music personally and I was thrilled to hear this style being integrated in a contemporary context.

The music shifts gears for a bit as the second track, “Sense Of Wonder” opens with an intro featuring a gentle piano melody for the first quarter of this eight minute piece, before swirling synthesizers swoop in lifting it into the stratosphere. Add to that, another great chugging analog sequence joining in about half way through providing forward motion. This track represents a quintessential characteristic of this album – it’s blend of tender sentimental elements with more ambient electronic textures. In Craig’s words: “What makes this project unique is that it has romantic and natural passages played on familiar instruments like piano, drums, and occasional guitar, and mixes those more traditional sounds with beautiful, celestial, and hypnotic tonalities that could only be created with a synthesizer.” Craig’s press release coins an interesting name for this music: “Electromantic.” This is a quality that Craig shares with fellow keyboardist Suzanne Ciani, of whom I once wrote in a review: “While many musicians paint sonic masterpieces from a digital palette, few are able to coax such softness, sensitivity, and human feel out of their circuitry.” 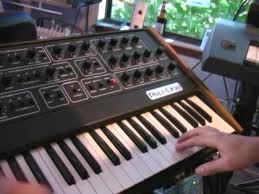 A perfect illustration of this is one of the album’s longer tracks, “Angel In My Eyes,” which unfolds over eleven minutes and carries the listener along on an electromantic odyssey. The title track certainly lives up to its name, displaying both heart and soul as a lovely piano arpeggio becomes enveloped by a lush string section rising to an uplifting finale of heavenly choirs, all of which I found quite moving. One of the things I like most about Craig’s music is the way it evolves over the course of the composition, and the track “Lost In You” is a good example with its wistful piano intro that inevitably morphs into a more rhythmic midsection, with cool little sonic accents that punctuate the music, and echoed drum hits that reminded me a bit of Patrick O’Hearn, I think that Patrick’s fans will also enjoy the following track entitled “New Directions.”

Another of the many aspects of Craig’s music that I appreciate are the unique sonic effects he comes up with, such as on “Spirit Signs” with its rhythmic dripping sounds that keep a beat under layers of ethereal ambience. I also loved the wonderful effervescent quality that many of his sequences have, occasionally flashing me back to the well-known new age album Deep Breakfast by Ray Lynch, as well as some of Suzanne Ciani’s earlier recordings. The aforementioned soft and sensitive side of Craig’s playing brings the CD to a warm and fuzzy finish with “Divine Embrace” which is probably as close as one could get musically to the feeling of being hugged by an angel. As a synthesist and electronic musician myself, I’m always interested to hear how others combine creativity and technology, and I honestly could not be more impressed with the masterpiece Craig Padilla has created with The Heart Of The Soul – a stunning release that marks a new chapter in a diverse and prolific recording career.