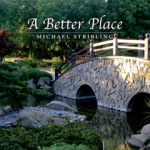 Recording artist/ composer Michael Stribling describes his new album, A Better Place as: “14 instrumental tracks in a calming and reflective celebration of the joy of love, growth, healing, and nurturing relationships.” That definitely sounds like something we can all use. I was looking forward to the release of this recording, having greatly enjoyed his previous release Safely In The Arms Of Love, which I wrote about back in 2011. Since that feature article contains a lot of info about Michael’s rich musical background, readers who would like to learn more can click the above link to read the details.

A lot has happened in Michael’s life since 2011, and in a recent interview he spoke with me about that, and the effect it has 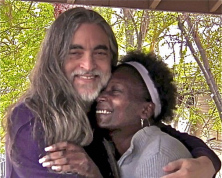 had on his music in general, and this album in particular. In his words: “I got married three years ago this month, and that changed some priorities for me (an understatement, perhaps). My last CD release was nearly 4 years ago, while Alana and I were courting, and while I continued to dabble in the studio, completing and releasing a new CD was placed on the back burner. I like to think that I’ve mellowed somewhat over the past 3 years, thanks in large part to Alana’s influence in my life. The tunes that have emerged over that period of time seem, to me at least, to reflect those positive changes in my life. The energy in this project seems different, somehow; more at peace and centered. The compositions themselves weren’t necessarily inspired by anything in particular; I just follow the Muse and become curious about what develops. I guess the project reflects an opus that covered a 3-year span of my recent life, and it’s been a glorious ride.”

This idea that these compositions weren’t inspired by anything specific, and that Michael just followed his Muse, is a bit of a departure from his previous release, which was a “concept album” and told a story from beginning to end, like chapters in a book. While I do appreciate the thought and planning that goes into a concept album, I also enjoy just “going with the flow,” and giving free reign to one’s creative spirit. What Michael has produced here with A Better Place is a beautiful collection of imaginative musical compositions that fits perfectly with the mission statement of his record label, Leela Music, to “help others in their journey toward wholeness, through the gift of music, by creating works that inspire and uplift the human spirit.”

Accompanied by the sounds of chirping birds, the album opens with the appropriately titled “First Light,” that bathes the listener in a luminous glow of serene sound and sets the tone for what is to come. While the music is created primarily from synthesizers and samplers, it’s not necessarily an electronic-sounding album, but often leans towards the emulation of orchestral instruments. Having said that, there are exceptions such as track 2, “Looking Up,” with its percolating sequencer and bouncy beat. This is one of the happiest tunes I’ve heard in a while, and for me conjured a Tolkien fantasy of Hobbit-folk dancing merrily in The Shire. The scene shifts on the next track, “Winter Encounter,” and as the title implies, reflects a quieter ambience appropriate for the season. 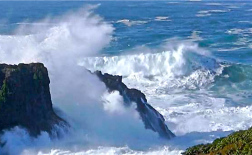 into an interesting blend of classical and contemporary influences as the sound of woodwinds weave around an electronic bass line. Michael’s music sometimes displays yin/yang-like contrasts between pieces, as he does on the next track, “Self Seeking Self,” with its spacious meditative atmosphere. One of my favorite compositions is the album’s title track. At nearly 7 minutes in length, it provides ample time for the listener to be enfolded in its lush orchestration and slow dreamy flow. Although at about half that length, a similar description could be made for “Reassurance,” that is deep and warm with a most comforting countenance.

A plucky arpeggiator pattern provides motion under layers of ethereal synths, punctuated by an electric piano melody and fretless bass line on a track called “Quiet Certainty.” I must admit that I was intrigued by the title of “Dust Yourself Off,” and was curious as to what it would sound like. Upon listening, I find that the word that best describes this 8-minute piece is: “epic.” There is a cinematic flair as it evolves through a variety of musical movements, starting with a lavish electronic soundscape and ringing tones that brought back a pleasant memory of Mike Oldfield’s classic album, Tubular Bells. This composition is definitely a soundtrack in search of a movie. For me, however, Michael has saved the best for last as the album draws to a close with the upbeat “Ever Onward.” I listened to this track a number of times with headphones to pick up the nuances of the subtle, yet intricate opening rhythmic tracks with their enchanting clockwork or music box feel, and I loved the way the various sounds interacted with each other. As the song goes on picking up other instruments along the way, the expression is so buoyant and positive that it makes a wonderful note to end the album on, leaving the listener feeling energized and optimistic. 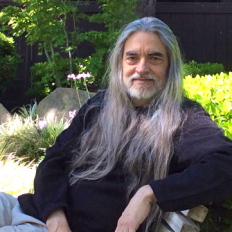 There is a lot to like about Michael Stribling’s A Better Place. One of the strong points for me is the way he is able to integrate electronic and orchestral sounds so seamlessly. This synergy of contemporary and classical influences is a distinguishing characteristic in Michael’s music. In addition to his skills as a composer and instrumentalist, the album highlights his keen abilities in arranging and orchestration, as well as being a creative musical storyteller. I mentioned earlier how Michael’s previous release was a concept album. Although this new release does not follow a scripted storyline from track to track throughout the album, many of these songs are like short stories within themselves. The music is evocative and quite visual in terms of creating images within the mind’s eye of the listener. I greatly appreciated all the work and inspiration that Michael put into the details of this album and I’m sure that listeners will truly enjoy getting into A Better Place.