Just before beginning to write this feature article on pianist/ composer Heidi Breyer’s new release, Letters From Far Away, I went back and revisited the one I wrote about her excellent 2012 album Beyond The Turning. It concluded with a quote from Heidi that makes an excellent segue to this release. In her words: “Our creations are an affirmation of life…whatever form they take, they are the legacy we leave, reflecting the most poignant moments of our short time here. All I know is that the only thing we can share, and the only thing we own, is that split second of time that slips between our fingers, that breathtaking moment of life called now.”

The liner notes for Letters From Far Away begin with these thoughts from Heidi that echo similar sentiment: “Like grains of sand that form the dunes, it is the multitude of seemingly insignificant events that comprise our life and being. At any given time, we have no way of knowing how important that moment may be, until perhaps much later. And therefore, they are all equally important. It is love, however, that connects everything through time and space… love is the wind that shapes the dunes.”

These are inspiring thoughts, and part of the reason I am focusing on them is because there is a lot of deep thought and intention that has gone into this recording project overall. For one, it is a “concept album,” in which all the songs revolve around a central theme. In this case, the theme is Heidi’s musical interpretation of a handful of experiences in the story of one couple who met in post-WWII Europe, came from two different countries and at that time, against all odds, they walked the rest of their lives together. And in the larger picture, it is about love in all forms as a common denominator and unifying principle. Each song on the album relates to a facet of this theme and tells a chapter of the story, lending somewhat of a literary dimension to the album as well as a musical one.

Before delving into the music and the story, there is another interesting and intriguing aspect to share about this 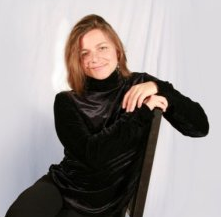 release. That has to do with the fact that Letters From Far Away is a double CD – but not just a double album in the usual sense. One disc is an ensemble recording that not only features Heidi on piano, but also includes a host of world-class accompanists from the studio of Grammy winning Windham Hill Records founder Will Ackerman, who co-produced the album along with Heidi and Tom Eaton, who also engineered, mixed, and mastered the album. The second disc contains solo piano versions of the same songs in the same order. According to Heidi: “The initial concept for this project was to release my first piano solo album where each track would stand in its own right specifically as a solo piece.” But as it evolved, she began to imagine a violin here, a cello there, and so on. What developed eventually in the course of Heidi’s creative process was a complete ensemble album. Hence, she decided to release both incarnations of the same story in one double album, which incidentally is the same price as a single album. As well as being a great value for the listener, this project also marks Heidi’s entrance into the solo piano genre, as well as the continuation of her work as an ensemble composer.

For the purpose of this feature article, I’ll be focusing primarily on the ensemble pieces, since a detailed description of both versions would be exceedingly lengthy. So lets open the first chapter of this musical story, which, for the record, is not fictional, but is based on the actual lives of two real people. The curtain rises on a track called “All The Good Things.” This piece is like a prequel that sets the scene and portrays life in those times as being “uncomplicated – when it was about doing simple things and doing them well.” The music, which begins, of course, with Heidi’s piano is peaceful and easy going. As the piece progresses, she is joined by long-time Will Ackerman collaborator Jill Haley on English horn, who enters softly with serene and simple accompaniment. Also adding to the mix with his soulful strings is GRAMMY winning cellist Eugene Friesen, who is best known for his work with The Paul Winter Consort. As on most projects recorded at Will Ackerman’s Imaginary Road Studios, the accompaniment is generally understated and supportive, without drawing attention away from the primary artist.

The next song, “Small Café” describes the meeting place of the two soon-to-be lovers; he, a young English R.A.F. recruit stationed in Germany, and she, the daughter of the local high school Deputy Head. The piece, which features the clarinet and sax of Billy Novick, has wonderful dynamics, which rise and fall gracefully. I also appreciated Heidi’s exquisite use of space in her playing. Another excellent example of this is on “First Impressions,” of which Heidi says: “First impressions may form some of our deepest memories. They are the first grains of sand that form the dunes.” In addition to her alternately powerful and subtle piano work, Heidi adds ethereal wordless vocals that seem to drift in from far away. Vocalist Noah Wilding is also featured in a similar way on the album. A stately waltz entitled “Old Photograph,” also highlights the talents of one of my favorite violinists, Charlie Bisharat, who has played with Yanni, John Tesh, and many others. 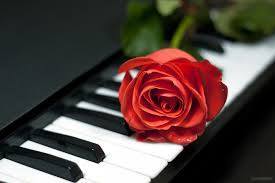 The album’s title track has a more melancholy ambience, which is appropriate considering that it is a musical interpretation of a five-year period that the lovers were separated and communicated by writing letters. The depth of emotion that Heidi brings to this piece is heart wrenching and its poignancy is further accentuated by the song’s sonorous string accompaniment. A real surprise, and a most pleasant one at that on this album of primarily original material is a unique instrumental version of Simon and Garfunkel’s classic “Scarborough Fair.” It would be an understatement to say that Heidi has taken great liberty and artistic license in her radically reworked rendition. But I must say that I was impressed with Heidi’s bold interpretation of this iconic composition, which also features one of the album’s largest ensembles accompanying her. The recording ends like it began, in simplicity and serenity with a reflective piece called “Starry Pond.”

I will comment briefly, that listening to the solo piano versions made for an interesting contrast in some ways. As mentioned, the accompaniment on the ensemble tracks is often sparse and lightly supports the piano, so that it is not necessarily a night and day difference between them and the solo piano. However, with the piano on its own in the spotlight, various elements of Heidi’s playing and composing were more in focus. Having listened first to the ensemble CD, and then to the solo CD, I felt that all the songs stood exceptionally well on their own, and I didn’t have a sense that anything was missing without the accompaniment. Part of Heidi’s goal with this double album was to expand on her notoriety as an ensemble player/composer, and establish herself in the solo piano genre. To this end, I believe she has perfectly achieved what she set out to do. Each disc is perfect in its own right, and gives the listener great insight into the creative process of this talented artist.

When I asked Heidi in an interview, why she is a musician. Her reply was: “I am a musician because I can’t not 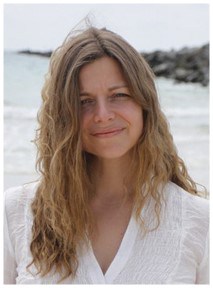 be one. Music is a part of the fabric of who I am.” While this double album is an expansion of Heidi’s formats, another facet of her creative spectrum may be on the horizon. As she explains: “Most of my music is written in response to a visual or emotional stimulus. I find it incredibly easy to translate the visual to music…and I believe, naive or not, that my true gift lies in writing music for TV and film.” As she prepares to take classes in film scoring, the music of Heidi Breyer may be coming to a theater near you in the not too distant future. But in the meantime, Heidi has provided us with a treasure trove of beautiful recorded music, as well as an upcoming fifth CD to look forward to. Heidi Breyer is a truly remarkable instrumentalist and composer whose expressive and melodic range is impressive, as is her emotionally evocative touch on the keyboard. Letters From Far Away is musical storytelling at its best and illuminates the talents of a rising star in the piano world.