It’s not surprising that Bill Leslie’s latest CD, “A Midnight Clear – Christmas In Mitford” is inspired by a literary work, having won more than 80 major journalism awards himself, including five Emmy’s and two Peabody Awards for his work as an environmental reporter and anchorman for WRAL TV in Raleigh, North Carolina. This is in addition to his having produced eight music CD’s, five of which have made it to the top of the charts in their genre. The inspiration for this particular recording comes from the writings of Jan Karon, who has produced a series of books about life in the mythical North Carolina mountain village of Mitford. This had special resonance for Bill whose own upbringing in a similar real-life town mirrored these fictional accounts and brought back many fond memories.

The cozy feel and small town charm of the fictional Mitford is perfectly captured in the music of this delightful album and almost makes you feel like you are there in the moonlight watching the snow swirling around the church steeple on Christmas Eve. This holiday release features fifteen instrumentals and one vocal song including original compositions by Bill Leslie as well as traditional favorites such as “Coventry Carol/ What Child Is This,” “Angels We Have Heard On High,” “A Midnight Clear,” and others. On the album, Bill, who plays acoustic guitar, Celtic whistles, lead vocals, piano, and keyboards is joined by a host of top notch musicians lending their talents on harp, hammered dulcimer, violin, cello, percussion, mandolin, oboe, and more. As might be surmised from the above-mentioned instrumentation, there is a wee bit of Celtic flavor to the music. Bill, who started out in his early years as a folk guitarist, as well as singing in church choir, fell in love with Celtic music while on a trip to Scotland and it has been an influence ever since. In fact, world-renowned cellist Yo-Yo Ma referred to Bill as “one of the greats in modern Celtic music.” High praise, indeed!

While some of the tunes exude a down home folksiness, many of them have a cinematic quality and would make an outstanding soundtrack for a film. I especially appreciated the balance between featuring individual instruments at times and the intricate interplay of the ensemble at others. The musicianship, arrangements, and production are exemplary and I have the highest regard for the remarkable talent that has gone into this project. 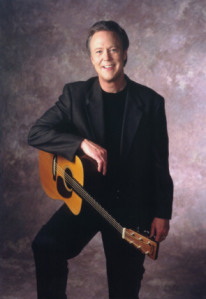 One highlight for me, is the way “Angels We Have Heard On High” opens with a sweetly simple solo harp and is later joined by flute and strings leading to a spirited climax celebrating the glory of the angels song. Another favorite was “Mitford Carol,” an original tune whose bucolic air brought to mind “Fields Of Gold” by Sting. Acoustic guitar and tinkling mandolin set the stage on “December Dance” for a lively upbeat number full of holiday cheer. There is also a music video for this song on Bill’s website. No less heartwarming is the ensemble’s rendition of the traditional song “The Holly And The Ivy” which brings a glow upon hearing it. Its hard to put into words exactly what the evocative quality of the Celtic whistle is, but it certainly works it’s wistful magic on songs like “Father Tim” and “Christmas In Mitford.” It is also featured on the original song “Love Is Born,” which offers up a change of pace with its sonorous string arrangement and meditative mood. The album draws to a close with the one vocal tune, providing Bill an opportunity to reveal his story telling abilities – another of his many artistic talents. He has a lovely voice with natural vibrato which blends well the accompanying female vocals on this inspiring tale of a poor young shepherd girl searching in the cold night for a Christmas gift to bring and finding a beautiful rose blooming in the snow watered by her tears. A touching ending to an album, which like Santa’s sleigh, is filled with treasures waiting to be delivered. 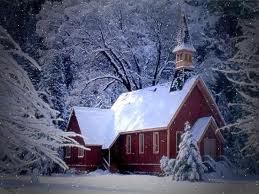