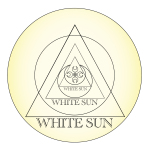 In today’s fast-paced hi-tech society, the latest developments can become obsolete in a relatively short time to make room for the next big thing. Yet in the quest for spiritual development, seekers often look far into the past for inspiration. And some, like the music group White Sun, create contemporary versions of ancient spiritual practices for the modern world. Here on their debut album, they tap into the healing power of mantras. For those who may not be familiar, the dictionary defines a mantra as: “a word or sound repeated to aid concentration in meditation, a Vedic hymn, a statement or slogan repeated frequently.” 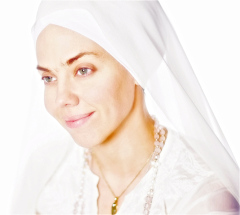 According to group member Gurujas (pronounced goo-roo-jahs): “Mantras have been passed down orally through the ages going back some 5,000 years. The singing on this album is in a 600-year-old written language called Gurmukhi, which derives from the even-older Sanskrit with Persian influences. This language is also used in naad yoga, a science of how sound vibrations affect the body, mind and spirit through the use of mantra, resulting in chemical changes in the brain.” On their album, they sing, rather than chant, the mantras. She goes on to explain: “We specifically wanted to take the words of traditional mantras and write melodies and arrange the music so that they would become songs with a chorus and verses, with various sections within the structure, and with sounds that are enjoyable and conducive to repeated listening.”

A few of the mantras are sung a cappella, while most are accompanied by a wide range of instrumentation. Traditional Indian instruments such as gong, tabla drums, mridanga, and harmonium are used. These are augmented by modern and world music instruments including guitars, electronic keyboards, a live string section with five violins and three cellos, orchestral harp, Celtic harp, frame drum, taiko drums, bass, banjo, mandolin and metallophone (tuned metal bars struck with a mallet). 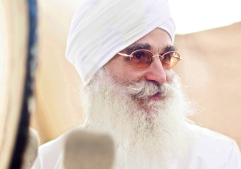 The group is comprised of three main members and a number of special guests. Core members include the aforementioned Gurujas, a yogi who is dedicated to the practice of Kundalini Yoga, as taught by Yogi Bhajan, and serves as the group’s lead singer, songwriter and harmonium player. Also a practitioner and teacher of Kundalini Yoga since 1975 is Harijiwan (pronounced huddy-gee-vin) who plays the gong and serves as the spiritual leader. The third member is Adam Berry, a multi-instrumentalist and composer who has written and recorded music that has been heard by millions in major television productions from Disney, Dreamworks, Nickelodeon, Comedy Central and HBO. Adam is a two-time Emmy-Award winner (with nine nominations) as well as a BMI Award winner. All three members arranged the album with Adam also producing. Special guests include renowned tabla player Abhiman Kaushal, a music professor at UCLA who has recorded with Ravi Shankar and Philip Glass, among others. Also joining them is Arjuna O’Neal, who plays a traditional drum from India called a mridanga, as well as teaching drum classes. This harmonic convergence of talent and musical forms seems to have found resonance with listeners if the auspicious entrance of the White Sun album is any indication. The recording made a historic chart debut by reaching Number One on iTunes’ World Music category in the first 12-hours of its presale!

So now that we have explored the background of White Sun, the group and the album, lets delve into the music itself. The opening track, “Trinity,” which is one of the few English-titled songs is sung unaccompanied, or a cappella. Although, in a sense, Gurujas accompanies herself with her own multi-tracked vocals, which are sung in rounds so that the three mantras overlap and create a choir-like effect. Gurujas has a lovely, clear, and melodic voice that serves as a perfect vehicle for these sacred songs. The next track, “Aap Sahaee Hoa,” follows a very different direction and highlights the ensemble with full orchestration that is lush and symphonic, and propelled by the masterful tabla drumming of Abhiman Kaushal. It’s quite a commanding collaboration that puts a whole new spin on this traditional mantra and the way it is presented.

The next song, “Rakhe Rakhanhar,” is an upbeat joyous tune with a bit of a pop feel that will get your toe tapping as you listen. I don’t know if there is a category called Vedic pop or mantra pop, but this would be a good example of it. With 15 songs on the album, I won’t go into detail about all of them but will focus on, what are for me, some of the highlights. I particularly liked the contemporary Western feel of “Rom Rom,” with its loping rhythm and tasteful accompaniment. An interesting change up comes in the form of a short piece called “Healing Gong.” This is a solo performance by Harijiwan who has been playing the gong for decades. In his words: “The sound of the gong allows us to move beyond the boundaries of the mind. “Nothing compares to the gong’s ability to create in the human the Divine sound, and causes the sound to resound within as perfect and productive space vibrations.” Listening with headphones, I found this track to be a very transcendental experience. The album also features another solo gong track called “Wish Fulfilling Gong,” that is longer and provides an equally meditative journey. 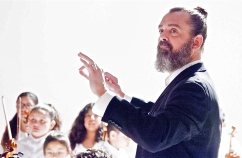 Many people’s concept of mantra chanting is that it is endlessly repetitive with little variation. In some cases this may be true, and there is good reason for this related to its spiritual purpose. Listeners will find something very different in the music of White Sun which, although is in a foreign language, is structured in a way that is more relatable to Western ears. The arranging on these songs is excellent and the orchestration is impressive. I would imagine that Adam Berry’s considerable experience as a film composer was an influence in this direction. On a song called “Ardas,” I was taken with the way its simple melody flowed into a symphonic final movement that was epic. The album concludes with “Ardas Choir,” which was recorded live-in-the-studio with a 20-person choir joining Gurujas to create an inside-a-cathedral spiritual sound, which is quite powerful and uplifting.

I would be remiss not to share a bit more about the incredible tabla drumming of
Abhiman Kaushal. According to Gurujas: “The first time we heard Abhiman’s tabla playing, we were so blown away by his talent that we all just started to laugh. None of us had ever heard tabla played like this. He is an extremely agile player, and was layering complex polyrhythms inside of music he had never even heard before. I recently told someone in India who our tabla player was, and his jaw dropped. The contribution Abhiman has made to White Sun’s music has had a deep impact on its spirit.” And although the heavenly vocals of Gurujas are the centerpiece, the project is very much a group effort and each member’s unique talents play a vital role in creating the elevating music found on this album. 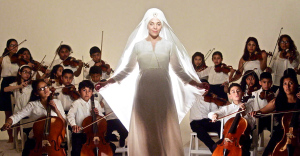 Further contributions are found on a beautiful video that was created for the album. A key player and producer in this was Laura Merians who has directed music videos for superstars like Bjork and Sigur Ros. According to the group: “The visual accompaniment she created brings the songs to new heights.” Another highlight of the project that Gurujas mentions was working with the Boyle Heights Community Youth Orchestra. In her words: “Since instrumental and choral ensemble training have been cut from almost every public elementary school curriculum in Los Angeles, it is so gratifying to see the children expressing themselves through music. The work we did with them is some of the work I am most proud of.”

As a group, White Sun has done an outstanding job of re-contextualizing ancient mantras for the modern world. According to Gurujas: “Foremost we want people to listen to and enjoy the music. If that happens, the listeners may also experience the scientific healing benefits of the mantras, and the way the sounds affect the vibrations of the body, mind and spirit. Our primary goal is to deliver that energy, and we have found the best way to help people access it is by placing the mantras in an attractive musical setting that appeals to contemporary audiences.”