The subtitle under Angelo Râpan’s name on his website reads: “Musical Versatility.” This is a bit of an understatement concerning the talents of this Romanian-born pianist/composer, whose musical repertoire expands beyond his classical roots, encompassing music theatre, opera, music for dance, Argentine tango, world music, and with the latest chapter in his life, which he describes as, “contemporary instrumental music of a reflective, soothing nature.” Although this diversity is not surprising considering that Angelo is truly a citizen of the world, having lived and attended school in Romania, Belgium, Spain, Switzerland, and the US, as well as serving as a musical director for a variety of organizations in Belgium, New York, Hong Kong, and his current place of residence in Memphis, Tennessee.

But lets go back to the beginning and trace the career path of this talented artist. Angelo loved music from the earliest age and remembers that: “my parents would find me asleep on the floor listening to my sister practicing the violin.” That Angelo chose the piano is only logical considering that his mother who was a classical musician herself began 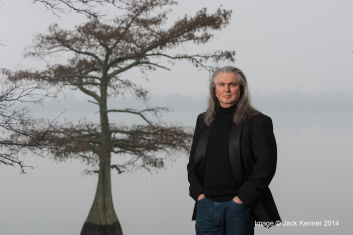 tutoring him at the age of 4. Within a couple of years he was accepted into a prestigious music academy in his native Romania. It was not long until he was earning first and second place at competitions in Romania, Spain and Belgium. However, political tensions in his home country were worsening and by the age of 13, Angelo’s parents encouraged him to leave and continue his studies in Barcelona. He eventually went on to earn a degree in Music Performance at Conservatoir Royal de Bruxelles in Belgium. In my interview with Angelo, he shared: “I am very blessed to have lived around the world and feeling at home in every place that I lived. Being respectful of other musician’s talents, opens the opportunity to engage in sharing emotions that flow directly to the heart of the audience/ listener.”

Interestingly, although Angelo has had extensive classical musical training, he has always been drawn to the art of improvisation. As he recalls: “My first improvisation was from age 6-7, I was very shy then, and I loved to stay in front of the piano and explore scenarios and pathways, discovering emotions that I never discovered with any other artistic expression.” He goes on to say: “I always improvised, I remember being at the piano and making up stories with sounds. Later the classical repertoire opened doors in to how the technical abilities are so important to improvisation; mind and fingers need to be working as one. Working with dance companies in Europe and US was also an important contribution to the ability to reflect the movement in music.” 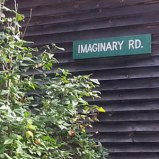 Which brings us to the present and his latest release Songs of Leaving. As I mentioned, despite Angelo’s extensive experience in music, this is his first recording in the contemporary instrumental genre. And what better place to launch this phase of his career than the iconic Imaginary Road Studios of Windham Hill Records founder and GRAMMY winning producer Will Ackerman. Overseen by Will and producer/engineer extraordinaire Tom Eaton, the album also features accompaniment by a number of world-class musicians from Will’s exclusive roster of top studio players. Foremost among the things in life that inspire Angelo is nature, and the bucolic splendor surrounding Will’s studio provided the perfect setting for creativity. Not to mention the opportunity to record on the legendary Steinway piano at Imaginary Road.

The opening track, an 8-minute piece called “As We Left,” begins with an extended solo piano intro that has a pensive, searching quality to it which opens up after a couple minutes into a brighter melody, like the sun breaking through the clouds. It’s not long before Angelo is joined by the sonorous cello of Paul Winter Consort member Eugene Friesen as well as Tony Levin on bass, who is best known for his work with Peter Gabriel and King Crimson. Adding a flute-like sound to the mix on Lyricon (an electric wind instrument) is Premik Russell Tubbs who has played with everyone from Ravi Shankar to Carlos Santana, Herbie Hancock, Sting, and more, even including Lady GaGa. Angelo’s lovely dancing melody and adept performance on the piano is perfectly complimented by these outstanding musicians.

The next piece is a touching and heartfelt song entitled “The Light In Kristin’s Eyes.” In our interview, Angelo described the story behind the title: “My wife Kristin had a massive stroke right after the recording was done and after few weeks in ICU the first time she opened her eyes I could see the reflection of hope and the trip that she already made. I thought that naming this track after this experience had a specific purpose for her and me. However, he shares that: “the listener does not have to reflect on a tragedy to identify with this, and that it could equally be about the reflection of the all universe in the eyes of a loved one.” It is alternately romantic and powerful, with elements of Angelo’s classical background shining through.

Lively up-tempo piano arpeggios begin a track called “Remember” that also features Will Ackerman himself on guitar, the ethereal vocals of frequent collaborator Noah Wilding, Charlie Bisharat, who played with Yanni and John Tesh on violin, bassist Tony Levin, and percussion by Tom Eaton and Jeff Haynes of the Pat Metheney Group. The piece has a triumphant soaring feel that leaves the listener feeling uplifted and energized. This is followed by a couple more introspective and sentimental pieces including an ensemble track called “Places In Our Heart,” and a gorgeous, appropriately reverent piano solo entitled “Prayer.”

The next two songs are graced with a special guest appearance by one of my very favorite musicians on the planet, Jeff Oster, whose unusually ambient applications of the flugelhorn are in a class by themselves and add a spectral presence to any song they accompany. The album concludes with a solo piano piece called “Just Before,” that is a real showcase for the incredibly expressive and emotionally evocative nature of Angelo’s playing. There is a wonderful relationship between notes and space that reveal his ability to tell a story in sound in a more understated manner. I must agree with Will Ackerman who said of Angelo’s musical abilities: “Angelo Râpan inhabits the smallest ecosystem known to musicians: The place where heart and mind are perfectly in balance.” 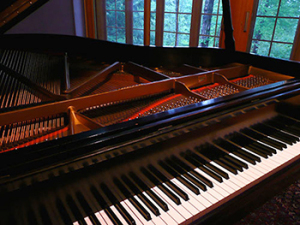 The joys and hardships that have shaped the life of this outstanding musician are evident in his heartfelt melodies. In his words: “All of this album is an open journal to the life that I can remember, surrounded by music, family, friends and nature. That mixed with a significant social political pressure in Romania in the 80s, a volcano that was about to explode, but family and music being the peaceful silence inside the eye of the hurricane.” From his life experiences, Angelo Râpan has drawn deep inspiration that he shares with grace and eloquence in this exquisite recording. I was impressed by his technical virtuosity and moved by the emotional energy of his melodies. On Songs Of Leaving, Angelo has surrounded himself with stellar musicians and producers to most fully animate his musical vision. While this is his first foray into the contemporary instrumental genre, I’m sure it won’t be his last as listeners tune into the evocative stories in song from this gifted artist.