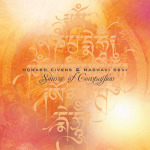 Howard Givens and Madhavi Devi are two highly regarded artists whose work I’ve been familiar with separately dating back to the 1990’s. Howard is a musician and producer extraordinaire creating his own ambient electronic music as well as working on numerous other artist’s projects at the famed Spotted Peccary Music label of which he is a founder. Madhavi Devi is an innovative harpist, sacred soundscape creator, and visual artist who I knew as Cheryl Gallagher when her smooth jazz album Kinetic came out in 1999, which was one of my favorites at the time. So it is interesting to find them coming together so many years later to blend their talents on a brand new album of spiritually focused music entitled Source of Compassion. From my first listen, I could tell this was a proverbial “match made in heaven.”

My interview with the pair revealed two people of tremendous depth, insight, and unbounded creativity, which will be reflected in this feature article. For them, the creative process is a vehicle for the expression of Spirit. As mentioned, Madhavi’s earlier contemporary instrumental music was more jazzy and upbeat, compared to the meditative ambiance of this new release. 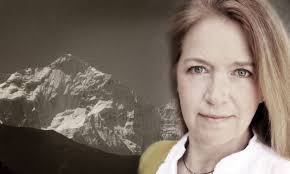 Not long after her Kineticalbum came out, Madhavi had the opportunity to travel to Tibet, which was a profound and catalytic experience for her, resulting in an album entitled Tibet with Deborah Martin. In her words: “Since the release of the album Tibet, spiritual practice, development and transformative growth have led to a deeper exploration of the sonic sacred, this time with Spotted Peccary’s founder, mentor, and muse Howard Givens, investigating profound resonances and the depths of intuitive collaboration. Source of Compassion reflects the years since, the absorption and development of that transformative energy, striving to work and yet simultaneously NOT work, instead to allow the ephemeral creative horizon to open up and envelop us whole.” 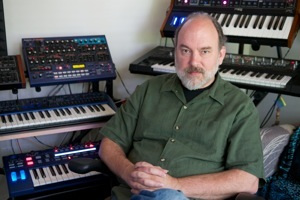 Likewise, Howard shared: “I am centered around the spiritual path or journey, and find a deeper resonance with expressing music directly related to that path. Source of Compassion has been a deepening of that conviction where the compositions led to both clearing of past notions and obstacles – in life and art – and discovery of an authenticity with the relationship of music and instruments. This project is not purely some cathartic self-examining work. Source of Compassion is shared as both an intimate art expression of The Source and the journey one travels to reveal it (certainly influenced, in part, by Madhavi’s and my own personal journey).”

I was intrigued by their creative process in the making of this record, which Howard described in this way: “Often, our ideas were initiated by more traditional compositional techniques of structure, but led to more “live” sessions, where final parts were recorded in the moment with little editing involved. This process captured a more transparent sense of the artist to artist, and artist to music relationship. The project culminated in the last track simply being a two part, virtually unedited performance that quietly and symbiotically finished this album’s message.” With Howard being such a master sound designer and studio wiz, it was interesting to hear him say: “We spent less time being attached to specific aspects of sound design, and/or the manipulation of sound intended to yield a desired result, and more time with the authentic nature of the music with regards to the intention of the project… a bit more ‘why’ rather than ‘what’. As the work took shape, the intention for the project was refined, perhaps more understanding discovered, and the titles, art elements, and overall flow of Source of Compassion was unveiled.”

And speaking of art elements, the beautiful album cover was designed by Daniel Pipitone, Spotted Peccary’s excellent graphics designer, and included elements from several of Madhavii’s original artworks, about which she shared: “Tibetan Buddhist energy, symbolism and images are featured prominently on the cover of Source of Compassion. Most of these cover art works were created by myself at Howard’s side, listening and learning while Howard applied his formidable mixing and mastering skills to our tracks. Ultimately, for me, the imperative drive to produce more and more authentically profound and meaningful art, that reflects the holistic process of self-discovery, revealing and removing barriers to creative freedom, and is my favorite form of meditation.” 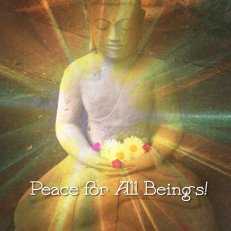 A sense of the sacred is invoked right from the beginning of the first track, as chiming temple bells ring out over a deeply layered electronic soundscape on an 11- minute piece entitled “Intention.” While I had started listening to the album on my studio speakers, I soon stopped and started the album over after switching to headphones, as the sonic space the music creates is so immersive that I wanted to be enveloped in it. A similar expansive ambience is heard on the next track, “Emergence,” as ethereal sounds flow in and out of the meditative sound field carrying the listener along in their celestial current.

The extended length of these tracks make them perfect for deep inner journeys, and “Omkara” is a perfect example. On this one, I particularly liked the way that the sustained evolving textures open up into a gently pulsing Tangerine Dream-like sequence that provides a sense of forward motion at about 3 minutes into the track. I also appreciated the random generation of the notes in the sequence, as opposed to a strictly repeating pattern, which gave it more of an organic feel, if such a term can be applied to electronic music. Exotic and intriguing percussive elements appear later in the track as it floats effortlessly through its slowly evolving arc over nearly 17 minutes.

As the album’s title track unfolds, an earthier ambiance is heard in the sounds of nature and soft tribal drumming that begin the piece, providing a foundation for the dreamy electronic textures that drift over it. This particular blend brought to mind some of the ethno-ambient music I’ve heard from fellow sonic explorer Steve Roach. On track 5, “Pathless Passage,” classic synthesizer blips and bleeps define a pattern that is punctuated by rhythmic sounds creating a somewhat eccentric groove that is quite cool. As it evolves, additional electronic patterns weave in and out in counterpoint as the sustained textures tie it all together. The album draws to a serene conclusion on a purely non-rhythmic piece entitled “Connected Space,” that evokes a deeply meditative sacred vibration. This is archetypal Hearts of Space territory that will be familiar to listeners who frequent that sonic realm. 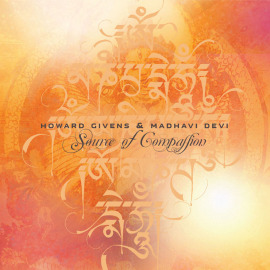 One of the key things I take from the music on this album and my interview with its creators is the importance of intention in their creative process. In this regard, the album cover is not only beautiful to look at but reveals a lot about their intent. The Tibetan letters are the words for the mantra of compassion: Om Mani Padme Hum. According to Madhavi: “Through pure and devoted repetition of this simple mantra, the Divine Mother reveals…and compassionately observes. The Tibetan deity depicted is Chenrezig, revered as the ultimate Bodhisattva of Compassion of all the Buddhas. The image of his heart streaming with light everlasting merged with the mantra of compassion is central to the meaning behind this album. It is said that merely displaying this image energizes the intention for world peace, compassion among all, and the end of all suffering. Therefore, that is one expression of intention for this album, contributing to positive healing energy in the world, through abstract intonations and expressions of inner sound.” 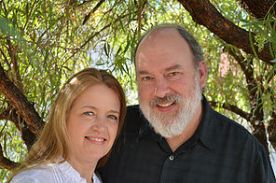 Without a doubt, compassion is something we could use more of in today’s world. Artists like  Howard Givens and Madhavi Devi use the power of their artistic expression to transcend the role of music as entertainment to create a vehicle for entrainment to a more spiritual vibration through meditative attunement. While Source of Compassion is music to lose oneself in, it is equally music to find oneself in.