Although pianist Isadar, whose full name is Fabian Isadar Thibodeaux, grew up in Louisiana in a musical family steeped in regional Cajun sounds, he chose to follow his own path devoid of any of these traditional influences, including zydeco, country, Dixieland, blues, or gospel. Interestingly, he found early inspiration on the radio in conceptual British artists such as Kate Bush, Peter Gabriel, and Thomas Dolby, as well as multi-media musician Laurie Anderson. While his current focus is on the piano, over the years he has played synthesizers, trumpet, flute, oboe, and percussion, in addition to being a vocalist. Isadar’s musical background has been diverse, covering a surprising variety of genres. However a pivotal moment came in 1988 when he first heard a solo piano recording by Windham Hill artist Liz Story. This was a revelation to him and had a profound effect on his musical direction, leading him to compose his similarly styled debut album Near The Edge Of Light in 1990. A few years later, he moved to New York City, where in addition to creating music, he began working as an archivist at Sony Music, a position he has held for 17 years.

While Isadar does perform as a musician, he tends to invest his time more in the studio creating new music. Improvisation plays an important part in his songwriting and is, in his words, “ the root of my entire creative process.” And as an independent musician, he has also had to improvise in figuring out how to market his music as well. Isadar explains: “Over the years, I’ve realized that the music business wasn’t designed for what I do as an artist. It was hard, but I had to accept this fact and forget about getting an advance and a deal to further my work. I had to come up with my own plan. Luckily, the internet was right around the corner, and luckier yet, YouTube’s debut.” As a keen observer of trends in the music and the entertainment industries, he was aware of the impact You Tube was starting to have. To say that he jumped on the bandwagon would be an understatement. To date he has created over 75 music videos which span repertoire from every album he has released over the past twenty years – quite an extensive catalog, to say the least. Videos can be seen on his You Tube channel: http://www.youtube.com/user/mainyamusic 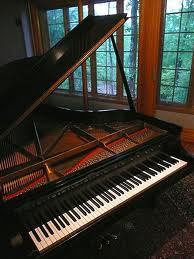 His latest release, Reconstructed, dips into that catalog and includes 16 songs that “represent revisited and re-recorded highlights from my previous six solo piano albums released over the past 20 years independently.” In addition to his piano albums, Isadar has a dozen other albums he has recorded covering various musical genres. The idea for Reconstructed came out of an invitation Isadar received in March of 2012 from Grammy-winning Windham Hill Records founder Will Ackerman to record at his Imaginary Roads Studio in Vermont on his world-class customized Steinway B grand piano. Ackerman, who chose the tracks and produced the album commented: “I expect this recording will wake up an audience looking for a new piano voice and a new perspective. Isadar is the sort of talent a producer longs for…” I found this to be an interesting collaboration in that it was the Windam Hill sound and Windham Hill artists like Liz Story, George Winston, and others who were a major influence on Isadar’s musical direction many years before.

The album makes a wonderful first impression as it begins with a lovely tune entitled “Summer Nights.” Its gentle melody is entrancing and draws the listener in right from the start. I also appreciated Isadar’s sense of dynamics as it builds then drops into a more minimalistic feel in the second movement. The dynamic modulation continues on the second track, “Throwing The Dice,” which starts out sparsely before shifting into a lively upbeat tempo with interesting rhythmic complexity. Things slow down on “End Of The Line,” which exhibits an archetypal Windham Hill vibe painted in pastel hues of sound. His song called “Jealous Heart” captures this feel as well. 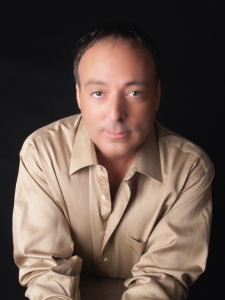 Isadar draws inspiration from some unlikely places, such as on “Active Imagination,” which is based on the teachings of Swiss psychiatrist Carl Jung and a particular technique of his that is somewhat like automatic writing but is more like dialoging with figures from your dreams or aspects of your personality. This makes for an intriguing motif to base a musical composition on. Another interesting song title reference bears the name of the famous children’s book “Where The Wild Things Are” by the late Maurice Sendak. Upon seeing that listed on the album tracks, I was curious to hear how he would interpret it. Isadar gave this piece a bluesy feel, although more melodically and harmonically complex than the typical 12-bar blues. Also capturing my attention from the title alone was “The Bermuda Triangle.” It turned out to be not quite as mysterious as I might have expected, but actually reminded me a bit of something in the vein of famed jazz pianist Keith Jarrett.

I particularly enjoyed a quiet little song called “Waiting,” which evoked a feeling of anticipation and a looking forward to something happening. Another favorite was “Fountain Of Life” and the way it started with gentle sprays of notes before flowing into a fluid unfolding of rolling arpeggios and expressive melody. Overall I was impressed with Isadar’s piano mastery on such a diversity of material, and especially his aforementioned sense of dynamics with the yin and yang qualities it brings to his music. Reconstructed is a formidable collection and a perfect introduction to those who may not be familiar with the work of this incredibly talented musician. 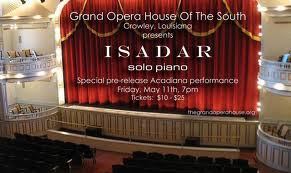