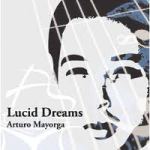 Arturo Mayorga has come a long way, literally, from growing up in El Paso, Texas to living in New York City, where he is currently making a name for himself as a recording artist. It’s also a long way from being a youngster where “piano lessons were not within reach,” to becoming an accomplished keyboardist playing along side some major league talent. As time went on, despite the lack of formal training, by the age of 14 he “had begun to see patterns in rhythm and harmony along with their consequent emotional effects.” It was during his time in high school orchestra that he learned how different instruments come together to produce complex sounds, which sparked a desire within him to write his own music.

Although music remained near and dear to his heart, when it came time to go to college, he choose to study math and computer science – although not surprising coming from a family of engineers. His training has given him opportunities to work with a number of high tech companies including NASA. This interest in technology led him to learning about the recording process and he eventually released his first CD entitled Cascades, which received favorable reviews.

His follow up album and latest release, Lucid Dreams, takes it to the next level. Arturo chose to work with one of the finest producer/ engineers available:  Grammy-award winner Corin Nelsen, who I am quite familiar with from his work with Windham Hill founder Will Ackerman among other projects. There are a number of other notable names on Lucid Dreams as well. I was impressed to see flute and sax-man, Lew Tabackin who has played with some of the biggest stars in jazz, both in big bands and small ensembles. I also recognized percussionist Jeff Haynes from The Pat Metheney Group. Another veteran of Will Ackerman studio sessions is Jill Haley on English horn and oboe. A number of other fine musicians, including the Attacca String Quartet, add their talents as well. 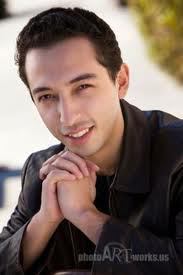 Airy flute and ambient synthesizer sounds create an atmospheric intro to the first track, entitled “Find Me Again.”  The mood soon shifts as conga drums lay down a groove and Arturo’s piano takes command. I’m not sure exactly what it is about the chord progression he is playing, but I found it quite compelling. (A sample of this track, and others, can be found on the “Music” page of his website.) This is followed by a composition called “Mystery” that with its lush orchestration and blend of classical and new age overtones reminded me a bit of Yanni. After the relatively calm and pastoral feel of “Looking” with its wistful oboe melody, the grandeur, passion, and drama of the next track, “Serendipity” created a yin/yang contrast. This piece, which features the string quartet, could work quite well as a film soundtrack.

A standout track, for me, is the upbeat Latin-tinged “Reflejos” which showcases the tasteful Spanish guitar playing of David Cullen. In another yin/yang comparison, the following track, “You Know It’s You,” is a lovely ballad that highlights Arturo’s skill as an arranger. I also very much enjoyed the next to the last track entitled “Within A Glimpse” which begins with solo piano and adds other instruments as it evolves, building in depth and complexity before coming back to the solo piano at the end. In addition to Arturo’s flair for arranging, I’m also quite impressed with his skill as a pianist and his ability to play with grace and subtlety as well as with tremendous power and passion. It seems that I’m not the only one who finds a lot to like in Arturo’s music, as Lucid Dreams opened in the top spot for the April 2012 ZMR Top 100 radio charts. I believe that he has chosen wisely in working with a top-flight producer/engineer and highly talented accompanists to bring out the shine and sparkle of his well-conceived compositions. If Lucid Dreams is any indication, I’m sure there will be many more sweet dreams in Arturo’s future. 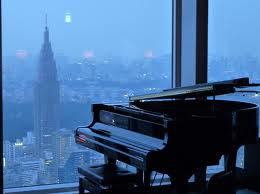