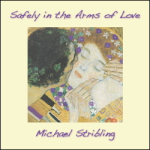 While Michael Stribling’s new CD portrays a fictional tale of life’s transitions, his own story reflects the real-life changes and cycles of human experience. Although he began piano lessons at the age of 7, he was swept up in the first wave of Beatle-mania and switched to drums where he became so accomplished that he eventually went on to play and tour with Johnny Mathis in the mid 70’s. He became even more deeply immersed in the music industry as a performer, composer/arranger, producer and engineer, as well as having played in numerous musical theater productions, and worked as an announcer on a rock radio station. However, in the early 80’s he left the music world behind to attend graduate school where he became a psychotherapist, and later studied with world-famous transpersonal therapist Stan Grof.

Although it took many long years, he eventually came full circle and returned to music in 2005. Since then he has certainly made up for lost time having released seven albums which have attained numerous accolades and top ranking in their genre on a variety of new age music charts. Not only has he returned to music in general, but also to his first instrument, piano and keyboards. His years of study in psychology and personal growth have fostered a spiritual perspective, which is mirrored in name of his music company: Leela Music (Leela means “divine play”). In his words, “The mission of Leela Music is to help others in their journey toward wholeness through the gift of music, by creating works that inspire and uplift the human spirit.” He adds: “that after all those years and projects, working for others, Leela Music has been my opportunity to “do it all myself”

This idea of a divine play is particularly relevant on his latest release, “Safely In The Arms Of Love” which is a concept album that follows a storyline similar to a play. He characterizes it as “The story of a young highlander’s adventures… fifteen original compositions describe his leaving home for the big city, falling in love, getting in trouble with the authorities, and escaping to freedom.” While the details of this particular tale, as outlined in the liner notes, are all original, it bears some semblance in form to the mythical pattern popularized by Joseph Campbell in “The Hero’s Journey” which is a metaphor for the process of growth and self realization. Although stories vary, “the quest” is common to a variety of literary and film works such as Lord of the Rings, Harry Potter, Star Wars, and even Siddhartha to some extent. 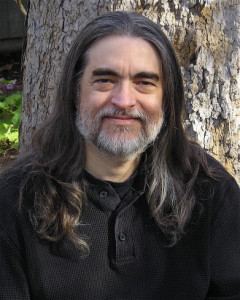 Michael is not a novice as a musical storyteller. His previous CD “Paradise Lost” solemnly relates the saga of the displacement of the Native American peoples at the hands of the Europeans. While there is indeed a narrative that accompanies this latest album, it is a tale told in music – and well told it is. Opening with “Spirit of the Highlands” you can almost feel the mist drifting across the moors as sounds that evoke bagpipes, pennywhistles, and Celtic harp set the scene for the drama to unfold. On the second track entitled “Stormy Seas” the mood changes as the hero barely survives a dangerous ocean crossing in foul weather – his first of many challenges. The music takes on a driving ominous tone, which makes it clear that the security he has known is behind him. On “Far Away From Home” harp arpeggios, keyboards and synth flute wistfully convey an air of longing. The clouds begin to clear however as track four, “The Royal City” erupts in fanfare, ushering in the entrance to a magical kingdom. Orchestral flourishes swell and swirl and bells ring with appropriate grandiosity. Each track has it’s own very distinctive character and sound which lend to the storybook-like feel. This is exemplified as the next track, “The Alchemist’s Workshop”, conjures a mystical soundscape that evokes images of candles and incense burning whilst beakers of colored liquid bubble and brew. Things go from esoteric to exotic as the “Byzantine Carnival Parade” begins on track six, leading eventually into the seductive and entrancing “Veiled Dancers. You can just envision the hero’s wide-eyed wonder as he gazes upon sights never before seen.

Michael has shared the story eloquently in word and music, so I won’t attempt to re-tell it in it’s entirety here, but by now an idea of the feel and flow of the album should be apparent. This release shows remarkable breadth and depth in it’s composition, arrangement, and performance, and further reveals Michael Stribling as an emerging talent, although the term “re-emerging” would be more fitting.  “Safely in the Arms of Love” is a grand adventure in music and imagination. 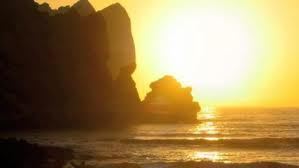