It’s been about a year since I wrote a feature article about Tim Neumark’s excellent previous CD, Storm. In that time its obvious that others have taken notice of it, as was named “Best Solo Piano Album” of 2014 by One World Music and that it is nominated for Enlightened Piano Radio’s “2014 Album of the Year.” This is no small achievement given the large number of solo piano albums released in that time by a host of highly talented artists. Tim’s latest release, Galaxy, is his sixth album, and as of this writing was just named “Best Instrumental/Piano Album” by The Akademia Music Awards.

While Tim’s musical success indicates that he is aiming for the stars, figuratively speaking, this is true for his new recording in a more literal sense. In his words: “I’ve been fascinated by space for as long as I can remember, and I always wanted to write a space-themed album. Some of the tracks aren’t exactly about space, but about our universe in general: music about nature on this planet, or the inner beauty of people. Other tracks have specific references to space, such as “Orbit,” “Starlight,” and “Vast.”

Just as Tim’s recordings are often structured around a theme, there is often an internal structure to the 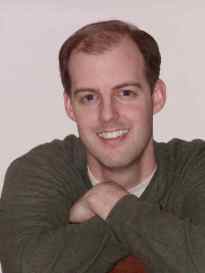 arrangement of the songs on the album. According to Tim: “My albums tend to have a general structure and this one was no different. I like to start albums with a lighter track or something that sounds “introductory”, to set the mood for the album. Then the music gets a little more dynamic and dramatic, followed by a light interlude to take us into the second half of the album. Tracks 7-10 tend to be the most “poignant” of all the tracks on my albums, including Galaxy.

So the “introductory” piece on this album is appropriately titled “Preludio.” It is actually an arrangement of the first movement of Antonín Dvořák’s orchestral “Czech Suite.” Tim describes it as having: “a certain quality to the melody of the piece that sort of floats above everything – it has a very ethereal sound that seemed like a perfect fit for an album about space.” It does indeed start out very lightly. As it evolves through various movements, Tim makes nice use of more spacious sections to reinforce that floating feeling. Interestingly enough, although “Starlight” appears on the album as track 2, it was actually the last piece Tim wrote. The title came first, and then he composed the music, which he describes as having “a little ‘sparkle’ in it, with a melody that would sound majestic and star-like.” And it does – especially in the upper register notes that begin the piece. It’s quite grand, and has a bit of a romantic air to it as well.

Tim’s training in classical music is evident in the extensively detailed notes he has written in his blog about each song. As an example, he describes track 3, “Orbit” in this way: “The piece is written in C minor, with an abrupt key change in the middle to A-flat minor (seven flats!). I use 16th notes in the left hand throughout, and there are a number of dynamic changes that make this piece interesting to the listener. I play the piece with rubato, including little instances of speeding up or slowing down, giving it a sense of “push and pull”, very much how I envision the feeling of being in orbit.” Those versed in music theory may find these details to be of great interest, while others are quite content to enjoy the music on its own without any desire for knowing about its compositional construction. 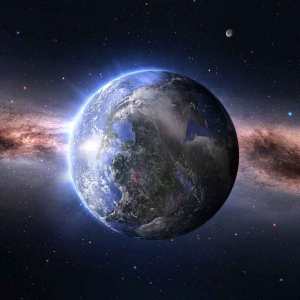 All of the pieces on the album were part of Tim’s 2014-2015 track-a-month campaign. In that time, one of the songs that was highly regarded and frequently downloaded was track 4, entitled “Perspective.” This piece has an interesting origin, and according to Tim, was “inspired by the ‘overview effect’ that astronauts experience. When viewing Earth from space, astronauts observe that national boundaries vanish, the conflicts that divide people become less important, and the need to create a planetary society becomes both obvious and imperative.” The music on a track called “Vast,” lives up to its title with the expansiveness of the space between stars mirrored in the space between notes in the composition. Its open floating feeling makes this the most meditative piece on the album and illuminates another facet of Tim’s musical spectrum. Similarly, the contemplative strains of “The Inner Light,” convey a feeling of gentle serenity.

Like the above-mentioned “Perspective,” another of Tim’s most popular song downloads is “Tapestry.” As Tim shares: “The title ‘Tapestry’ comes from the idea of a person’s life being ‘woven’ together in such a way that it’s hard to pull certain parts out without everything being unraveled. There are positive experiences and negative times in a life, but those things all combine to make you YOU, and I wanted to capture as many emotions in this piece as possible. I always knew this track would be the most ‘poignant’ and longest on the album, and I also knew that with this title I needed to have a few motifs in the piece that would return from time to time.” Endearing melodies, emotional shifts, and dramatic chord changes highlight some of Tim’s classical influences on this powerfully written composition.

The appropriately titled “What You Leave Behind” brings the album to a close. I resonate with Tim’s inspiration and sentiments regarding the title and his music in general. Here he quotes the Greek leader Pericles: “What you leave behind is not what is engraved in stone monuments, but what is woven into the lives of others.” Tim goes on to say: “This quote really speaks to me, as I hope to live a life that is important to others. Music has been the way for me to touch the lives of others, and I am forever grateful for this opportunity.” The piece exudes a sentimental and heartfelt quality that is emotionally evocative and makes for a wonderful ending to the album.

Tim’s music is a well-integrated synergy of his classical background and new age music influences. In an 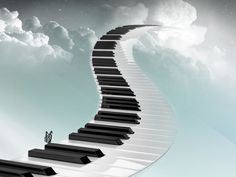 interview I asked him about this, to which he replied: “I listen to lots of classical music, and usually to orchestral works. Dvorak and Beethoven are my favorites. In the early 90s, I was influenced by the solo piano music of Narada label artists: David Lanz, Michael Jones, and Kostia. When I first heard this music, I found it very accessible. I always enjoyed classical music, but sometimes it can be too much for casual listening. This genre had smooth memorable and melodic lines, short songs and little stories behind the music. All of that spoke to me. I wanted to compose piano music very soon after learning that this genre existed.” Tim has certainly embraced this style and there is a distinct storytelling aspect to his composing as well as in the expressiveness of his playing. I appreciate his creative process in building an album around a central theme or concept. I also appreciate the contrast between this album and his previous one where he stepped outside of his comfort zone to explore some of the darker emotional territory. On Galaxy, Tim Neumark has provided a well-balanced listening experience that many who enjoy solo piano music will find out of this world.

(As a side note – Tim will be performing at the iconic Carnegie Hall in NYC on Saturday October 24, 2015.)