I often find it interesting to see the path an artist’s life has taken to get to the point where they are at now in their career. For pianist/composer Monica Logani, who has just released her debut album, the way has been winding. While she started playing piano at the age of 7 and studied classical music for 10 years, she eventually got sidetracked by college, graduate school and a career on Wall Street where she is a seasoned equity research analyst. Her work has been cited in numerous business publications and media outlets including the Wall Street Journal, Barrons, Investors Business Daily and CNBC. Quite impressive, but worlds away from the life of an artist. In her own words: “My background is in finance but always admired people in the arts because they use their art form as a vehicle for authentic expression. I craved a creative outlet of my own and found that through music.”

In my interview with Monica, she shared a bit about a turning point in her creative life: 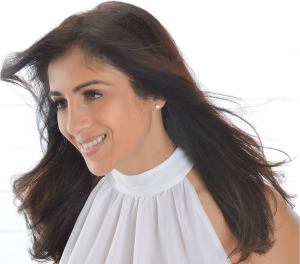 “Although I’ve played the piano since I was a young girl, my journey composing music began somewhat serendipitously about five years ago when my gardener touched a chord in my heart. He was an older man who loved to engage in conversation about the flowers in my garden. He exuded such passion as he spoke about the beautiful landscapes he created. One day my gardener passed away unexpectedly in his home and sadly wasn’t found for several days. I discovered that he lived alone and spent all his time in people’s gardens because it gave him peace to be so close to nature. His life and death inspired my first song, “The Gardener.” I continued to write songs as I found inspiration. As my repertoire of music grew I enjoyed it privately. It was my Secret Garden. With the encouragement of my mentor – and eventual producer – I decided to eventually release it.”

So with that, lets enter the Secret Garden to see what musical delights await us. The first track is, most appropriately, “The Gardner,” where it all began. At just over a minute and half in length, it makes a lovely introduction to the album with its wistful sentimental air. Accompanying Monica on mellow electric guitar is Gregg Zubowicz, who weaves bluesy phrases around the piano melody as well as unison lines on the chorus. Also on this track is violinist Maria Grig adding a bit of a classical feel to the piece. Other than two of the tracks, Gregg appears on every song, and Maria on five of them. In addition, Gregg served as producer on the album. In the liner notes, Monica acknowledges him and offers special thanks to Gregg, “who inspired me to write and record my music and provided priceless musical wisdom along the way.“

A similar dynamic and ambiance is heard on the next track entitled “Anthem.” A composition 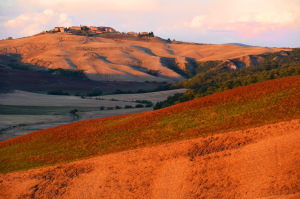 called “Amber Rust” is the album’s lone solo piano piece. In our interview, Monica shared that “it was inspired by the change in season from Summer to Fall. This is a big deal when you have school age children. The end of carefree warm summer days, kids going back to school, the crispness in the air and longing for summer were the feelings I tried to encapsulate.” As much as I greatly enjoy the accompaniment on the album, it was nice to hear Monica’s piano on its own for one song where her understated yet heartfelt melody was the centerpiece. 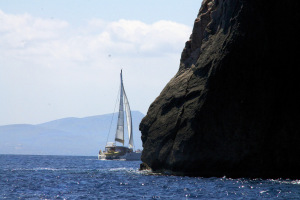 On a track called “Starboard,” Monica is not only joined by Maria on violin, but also by cellist Lyudmila Kadybaeva. I particularly liked the contrast of the cello in the lower register and the violin in the upper, as well as the balance of sustained notes and plucked notes in sections. The addition of a “string section” adds a great deal of texture and flow to the piece and helps it achieve the vibe Monica was going for with it. In her words: “Starboard was inspired by times I’ve spent sailing. Adjusting your sails to catch a wind is such a liberating feeling and I tried to capture that feeling in this song.“

As befits its title, a light airy feel is portrayed in a track called “Butterfly.” In addition to being a 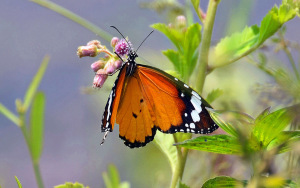 musician, Monica is also an avid photographer and her music sometimes reflects the images seen through the lens. In her words: “This song was inspired by a beautiful butterfly I captured through my camera lens in Kumarakom, Kerala (India) at a bird sanctuary on the banks of Bembanand Lake. The song captures the delicate but deliberate movement of the butterfly as it flies from one flower bud to the next.” Here, Monica is accompanied by Gregg’s very subtle acoustic guitar.

A composition with perhaps the most thematic development is “Nonlinear Love,” which according to Monica: “is inspired by long-distance lovers who see each other intermittently. The slow part of the song represents longing to see each other and how time goes so slowly when the lovers are apart. Meanwhile the fast part depicts how their hearts race when the lovers see each other and how time flies when they are together.” Acoustic guitar and violin add to the dramatic effect. And speaking of dramatic, a piece called “Journey’s End,” reflects a heart wrenching event, which according to Monica: “was written on the heels of the terrorist attack in Paris in 2015. I was so horrified by how the innocent victims’ lives came to such an abrupt end with such brutality that I felt compelled to communicate how I felt through music.” The song is brief but impactful as expressed through Monica’s plaintive piano and Gregg’s soulful electric guitar phrasing. 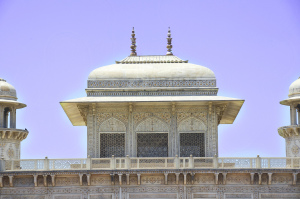 The album draws to a conclusion with a most interesting and philosophically inspired composition. As Monica shared: “Between Two Worlds was inspired by the time I spent living in India. Hinduism believes in the rebirth and reincarnation of souls. Death is therefore not a great calamity but a natural process where there is a resting period, during which it recuperates, reassembles its resources, adjusts its course and returns again to earth to continue its journey. This song symbolizes that time between death and reincarnation. The use of the unplugged electric guitar, made to sound like an Indian sitar, is meant to add a sense of spirituality to the song.” This track had a bit of an exotic feel and I liked Monica’s use of space and minor notes in her playing which added an air of mystery. 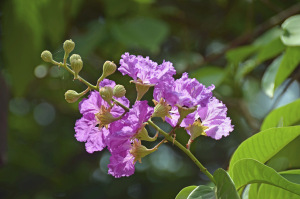 to sprout, this lovely collection of 12 original compositions is the first step towards the fruition of a dream, and opens the door to even more in the future. It seems Monica has found the creative calling she has been searching for through the years. To share her personal perspective on this, I’ll leave the final words to Monica from our interview: “I am a musician because it gives me an outlet to express my feelings. I love creating music that touches my listeners in a meaningful way. When I hear from a listener that my music helps them unwind after a hard day or that it helped them get through a rough time in their life, I feel immensely rewarded.”