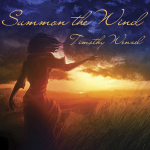 I ended my review of Timothy Wenzel’s previous album River Serene by saying: “I’ll certainly look forward to hearing more of his sonic alchemy in the future.” And with the release of his new recording Summon The Wind that future is here. I’ve been a fan of Timothy’s imaginative and visually evocative music for a while, and my enthusiasm is only bolstered by his latest creative effort. Although the title is Summon The Wind, it could have been called “Summon The 2nd Wind.” As he shares: “Almost all the songs have been written since the release of the last album, River Serene. I was so exhausted after doing my own mixing and then working with Corin Nelsen (Grammy winning engineer) to master the songs on River Serene that I thought maybe the life had been sucked out of me. Not so. After a two-week break I started writing songs again with new found passion.”

Known for his thematic approach to creating an album, this one is no exception, and there is quite a lot behind the album’s title. In his words: “How humankind relates to wind is symbolic to life itself. We have no absolute control over wind. It comes and goes as it pleases, and there is little we can do when we face tornados and hurricanes.   But we have learned to use wind starting thousands of years ago with sailing vessels and kite-flying, then on to windmills for pumping water or making electricity, and flying machines that create their own air currents. Throughout history there have always been those with a mystical wish to control wind, perhaps with sorcery, to ‘summon the wind’ or ‘still the wind,’ and those elusive concepts became the titles of the first and last compositions on the CD, and the over-riding theme of the album.”

Timothy creates his conceptual music on synthesizers and piano, which he has been playing 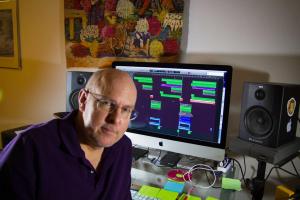 since childhood. My feature article on his previous album contains a great deal of info about his musical background, so rather than reiterate it here, those who may be interested can reference it at the River Serene link above. One thing I touched on there was Timothy’s professional career as a scientist. Interestingly, as I recently learned, he has now retired from that work to devote himself full time to music. As different as these two fields may seem, for Timothy, they have more in common than meets the eye: “I see a correlation between them. Scientific exploration is full of creativity and is very much like writing a song. In both cases you start with an idea and then explore the possibilities of where it can lead,” or in this case, where the wind blows. So let’s catch the breeze and see where it leads on the tracks of Timothy Wenzel’s fourth and latest release.

The title of the first song, “Still The Wind,” is particularly meaningful to me. I had a realization recently that our mind or our thoughts can be like leaves in the wind, and that one of the goals of meditation is to quiet the mind, or in essence, to still the wind. Timothy’s composition is a gentle, yet richly orchestrated mid-tempo tune that evolves through various sections, including a quiet interlude in the middle. While the majority of his sounds come from synthesizers and 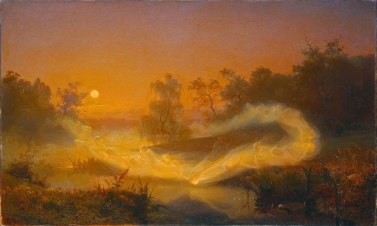 keyboards, they cover a wide range including violin, cello, flute, harp, bells, guitars, bass, drums and percussion as well as the wordless vocalizing of men’s and women’s choirs. The next tune entitled “Elven Dance,” evokes the world of The Hobbit and Lord of the Rings with it’s lively Celtic-tinged sound, which Timothy has been known for on some of his previous recordings. The mood changes with the arrival of the next song, “Peace to My Lady.” Timothy describes it as: “A song of longing, of wistful dreaming, by a young man far from home. It is not a song of remorse, but of hope.”

Although the songs on the album are primarily instrumental, the titles often have stories behind them, with the music being an interpretation of those themes. Timothy waxes philosophic on a piece entitled “All That Might Have Been.” In his words: “What if you had smiled back at that beautiful girl so many years ago? And said hello? What if a handsome boy said hello to you, but you were too shy to respond? What if you could know… All That Might Have Been?” I’m sure that most of us have had those kinds of thoughts from time to time and can relate – I know that I can. Musically, the song carries over a bit of the wistful, dreamy feel of the preceding track, perfect for ruminating on “what if?” “Mariner’s Lament” is an emotionally evocative composition with an undercurrent of sadness, and a prayer for all those lost at sea over the years. A nice touch was the female choir sound that conjured images in my mind of the singing of the Sirens in mythology.

From the deep sea to deep within the earth, a song called “Crystal Man” was inspired by poor workers digging for diamonds in Africa. The track opens with Timothy’s lush piano melody, which is soon joined by the soulful sound of violin. As it evolves the sound of percussion, pizzicato strings, and more fill in the arrangement, providing an excellent example of Timothy’s talent for composing and his ability to build on a composition as it evolves. “The Photograph” is one of the two songs on the album that feature a special guest musician – in this case it is the soaring electric guitar of Michael Rud from Denmark. I appreciated the energizing lift it provided and it certainly achieved Timothy’s goal to have some more emotive instrumentation in parts of the song. The other track that includes a special guest is “Tesla’s Dream” which features the drumming of Lenny Levash. This was one of my favorite compositions, not only because it pays tribute to one of the great unsung hero’s of science, but for the variation in it which ranges from laid back to epic. 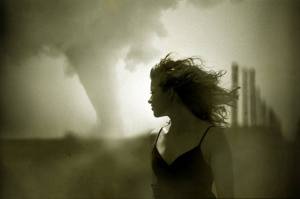 I also enjoyed the more up-tempo track, “Whirlwind,” which Timothy describes as, “a lighthearted song – sort of an intermezzo at just the right time to clear the palate for the remaining songs.” From that point three songs remain leading up to the finale, which is the title track. In Timothy’s words: “This was the longest song I have ever written (nearly seven and a half minutes). I worked on the final part of this song for several days to achieve the kind of climactic ending I wanted.” This composition is a masterpiece and highlights the many skills of this gifted composer, arranger, and instrumentalist.

The latest release from Timothy Wenzel takes the listener on a sonic journey. This feeling is 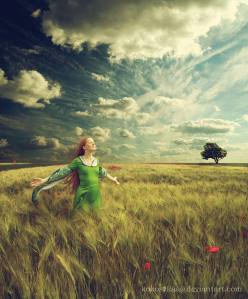 further enhanced by the amount of time and attention to detail he spent on creating the sequence of the songs for the album. The energy evolves through musical peaks and valleys as well as reflecting a profound emotional spectrum. Also, on a technical level, I appreciate how every instrument is perfectly placed in the arrangement. Another distinctive feature is that on Timothy’s website, he provides notes on each song accompanied by a beautiful piece of artwork, some of which are seen here with this article. Timothy is truly a storyteller with an ability to conjure images in the mind of the listener. His songs are fanciful in a way that will resonate with a wide range of music lovers. This is substantiated by the fact that his albums regularly receive airplay on hundreds of radio stations and channels around the world, and are often found in the Top 10 on the international Zone Music Reporter Top 100 monthly airplay chart. Fans of artists such as Yanni and David Arkenstone may also find a lot to like in the imaginative instrumental music of Timothy Wenzel.