Ripples are still being felt in the wake of Masako’s self-titled debut release, which garnered extensive critical acclaim and radio airplay worldwide, as well as having provided the opening track on The Gathering, a stunning compilation album of music produced by Windham Hill Records founder Will Ackerman. In my feature article on Masako’s previous album, I gave some background about her musical history, so readers who may be interested can click this link to read more. Masako (pronounced ma-SAH-ko) is a gifted pianist and composer who seems to draw endless inspiration from nature and her surroundings. A number of songs on her debut album referenced places of natural beauty in New England and northern California. Masako’s new release, entitled Call of the Mountains continues in this vein and is a musical homage to the north eastern mountains of the United States, where she makes her home, having moved to the US from Japan many years ago.  In her words: “For professional and personal reasons I often drive south through the Hudson Valley and the Catskill Mountains to New York City. I’ve been making these trips for years now, and the drive never bores me. The mountains, the sky and the river change their appearance with the seasons. When I’m in the woods and walking on a trail I always encounter something special. A whiff of some unseen animal, scattered lakes that glisten like jewels, a glacial erratic, a clearing surrounded by tall trees where sunshine streams down through the leaves… This album is a tribute to these mountains that I love.”

And what better place to make this recording than the bucolic Vermont studio of Grammy winner, Will Ackerman, who 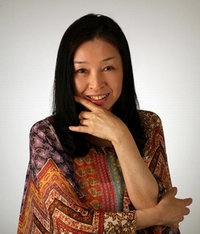 produced this project, as he did her previous release. Although Will has worked with some of the finest pianists and musicians in contemporary music, he is often awed by Masko’s talents, and had this to say: “I was astounded to be present as Masako offered many performances so flawless that it required only a single take without edit to realize the pieces. There is never any sense of her music becoming academic or emotionally compromised even with these prodigious skills.” He goes on to say: “Hers is some of the very finest work I’ve heard in my career.” And that is saying a lot considering the level of talent he has spent time with in the studio. Masako, also gives a lot of credit to Tom Eaton who engineered, mixed, and mastered the album, as well as serving as a creative advisor. A final element in the production is the incredible customized Steinway piano that is a fixture in Will’s Imaginary Road Studio, and which has served as the instrumental voice of some of the finest pianists in the world. And speaking of top artists, a number of stellar studio musicians who regularly work with Will lent their talents to this production as well, which I will mention in the discussion of particular tracks.

What more appropriate way to begin an album than with a track entitled “Dawn”? Emerging softly over the horizon like the first rays of sunlight on a new day, this solo piano composition is serene and spacious, and is perfect for Masako’s intent to “convey a sense of hope to listeners.” It’s a lovely piece that draws you right in from the first notes. There is an interesting story that goes with the next solo piano track, “Kindness From Strangers.” According to Masako: “Running through the northeast region of the United States is the Appalachian Trail which extends over 2,200 miles. There is a term ‘trail magic.’ Hikers are known to experience unexpected kindness from total strangers.” Masako has done a beautiful job in expressing this ineffable quality in music. The song is emotionally evocative and I found myself wishing that “trail magic” was something found more commonly in the world at large. The first of the ensemble pieces is “Watching The Clouds.” After a solo piano intro, Masako is joined on the flute-like wind synthesizer by Premik Russell Tubbs, a master musician who has played with a long list of musical luminaries such as Sting, Whitney Houston, Santana, and more. Also adding to the tune are Will Ackerman on guitar, and percussionist Jeff Haynes, known for his work with the Pat Metheney Group. Like its title, the song drifts by gracefully and stirs the imagination with its play of light and shadow. As on Masako’s previous album, as well as on many Will Ackerman produced projects, the instrumental accompaniment is subtle and supports the musician without overpowering the song’s sensitive melody. 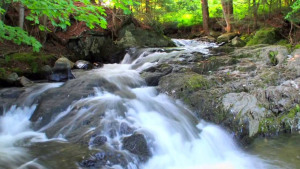 As mentioned earlier, Masako often makes the trip from New England down to New York City. A track called “The Day Of Crossing The Hudson” is a tribute to that drive. There is a beautiful video for this song Youtube that contrasts the natural beauty seen along the way with the urban landscape of Manhattan. The music reflects this contrast as well with passages that are gentle in addition to sections where she pulls out the stops and lets us hear the level of her piano virtuosity and technique – very impressive! On Masako’s debut album the opening track, “Glastenbury, VT,” was named for a mountain ghost town whose history also provides inspiration for a brief interlude on this album called “Mountain Trolley Remembered.” The next ensemble piece is the interestingly titled “Purple Indulgence,” which refers to a purple flower found in that part of the country. Joining Masako are cellist Eugene Friesen of The Paul Winter Consort, bassist Tony Levin who tours with Peter Gabriel, and Premik Russell Tubbs on wind synthesizer – all perfect partners in this delicate dance.

Masako’s playing can range from diaphanous to ardent, sometimes within the same song. A good example is “The Other 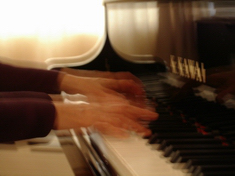 Side Of Tristesse.” In the liner notes, Masako shares: “Human emotions are not just one dimensional. Sadness sometimes is accompanied by unexplainable peacefulness. Pleasure may be accompanied by insecurity.” Beginning as a piano solo, she is eventually accompanied by Jeff Haynes on percussion, Will on guitar, and the ethereal vocals of Noah Wilding. Another song that has a beautiful music video to go with it is “Smoky Rain.” I especially appreciated how Masako’s left hand outlined arpeggios, while the right hand sprinkled little raindrops of musical notes in the second half. Just as the album opened with a tribute to the beginning of a new day, it closes with a lullaby, appropriately titled “Lullaby For The Hills.” I was looking forward to this track in particular because it features one of my favorite musicians, Jeff Oster on flugelhorn, as well as cellist Eugene Friesen. In speaking about this tune, Masako says: “Mountains are always on my mind. If I was asked to choose between an urban life surrounded by friends all the time or an often lonely life in the mountains, I’d choose the latter.” Interestingly, there is a bit of a lonely feeling evoked by this composition. Perhaps “bittersweet” is a more descriptive word. Throughout the album, Masako’s music is painted from a diverse palate of emotions, from the lightest pastels to more deeply saturated hues. Although she is quite capable of dazzling the listener with her formidable skills on the piano, she often chooses to let the melody and the accompanying emotion it is imbued with be the focus. Call of the Mountains is a fine follow up to Masako’s highly regarded debut release that is sure to delight her fans, and create new ones as well.