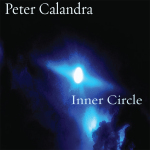 Although he is best known for his extensive body of work in film and TV soundtracks, composer/ pianist Peter Calandra steps into the spotlight in his other role as a recording artist of his own music with the release of his imaginative new CD, Inner Circle. The album sparkles, reflecting a rainbow spectrum of his musical influences ranging from classical to new age, jazz, Latin, and more

While you may not recognize Peter by name, there is a good chance you’ve heard his music in one form or another. A complete listing of his professional resume and accolades could probably fill the entire space allotted for this article, but the following are a “few” highlights in the career of this New York City-based composer. Peter’s has scored over 40 films and his music has been heard thousands of times in television shows for over 68 major television networks including the themes for shows on ABC, Bravo, Comcast Sports, FOX Sports, MSG Network and many others. A brief sampling of these shows include: Good Morning America, The View, Jimmy Kimmel Live, Late Night With David Letterman, The Bachelor, The Early Show, CBS Evening News, Sesame Street, The Today Show, Major League Baseball, and more. He currently has music playing and published in 60 countries across the globe. 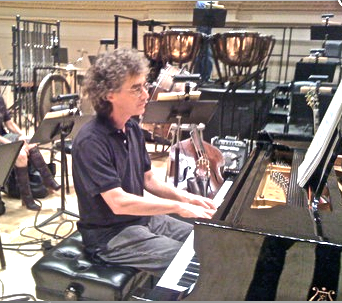 Furthermore, Peter served as Pianist, Conductor and Musical Director for the award winning original NYC production of Little Shop of Horrors and was principal keyboard player for the Broadway production of Miss Saigon for 10 years. He has played for the Broadway productions of Les Miserables, Phantom of the Opera, and currently part time for The Lion King. Peter has performed and recorded with the NY Pops Orchestra, Aretha Franklin, vocalist Dee Dee Bridgewater, jazz trumpeter Don Cherry, and literary figure Allen Ginsberg, to name but a few. And as if that is not enough, Peter is also on the faculty at Queens College (City University of New York) where he teaches Masters Level classes on Pro Tools Sequencing and Music Technology. On top of that, Peter has 7 independent solo albums.

Which brings us to his latest release, Inner Circle. While Peter wrote, arranged, and recorded the music, and did all the digital sequencing and programming, as well as playing piano, keyboards, percussion he also enlisted some top-notch accompanists on bass, violin, viola, oboe, flute, piccolo, cello, and vocals. The list of people these musicians have played with is impressive, to say the least, and includes: Miles Davis, Steely Dan, Whitney Houston, Robert Plant and Jimmy Page, Willie Nelson, Shirley Bassey, and a number of various symphonies and philharmonic orchestras – again, to name but a few.

According to Peter: “One intent with this album was to produce music reflecting the wide range of genres that have 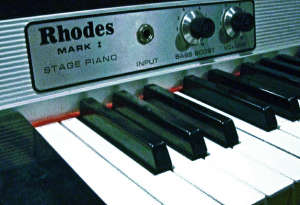 always interested me.” And there certainly is a diversity of influences that are reflected on this album. The opening track knocked my socks off right from the start. In Peter’s words: “In ‘Clyde and the Pearl,’ I reference some of the soulful jazz music i grew up listening to in the 1970’s and my Rhodes (electric piano) solo is an homage to Herbie Hancock’s work with the Headhunters.” As the track begins, a jazzy ride cymbal sets the tempo for Peter’s dreamy liquid electric piano intro accompanied by swelling string and choir sounds. Moving on, Peter switches to acoustic piano set to an amazingly cool atmospheric electronic drum groove that reminded me a bit of Patrick O’Hearn. The arrangement of this tune was impressive as it morphed in and out of different sounds and spaces.

And speaking of different spaces, the next track, “Dine’s Waltz,” is an elegant and cinematic composition that features some harmonic string writing that is influenced by Debussy. Continuing in a classical vein, or as Peter describes it: “contemporary classical crossover,” is “The Wayfarer.” A classical element that I appreciate in this piece, as well as in Peter’s music in general, is the way the music is presented in distinct movements – something he uses to great dramatic effect. I particularly liked the deep bass parts created on Moog synthesizers. As this song builds in intensity, it adds what Peter describes as: “some percussion and grooves kind of like what Peter Gabriel might do.”  Toward the end, the  stunning wordless vocals by Joy Askew added a bit of world music flavor, not unlike something you might hear on an album from Mr. Gabriel. In addition to Peter Calandra’s dramatic orchestrated style, the album also includes a number of more understated solo piano pieces, such as the lovely “Better Angels,” “So Much To Say,” “A Quiet Spark,” “Whispers In The Dark,” and “Reflections In The Sky.”

Peter’s arpeggiated piano motif is richly accented by sonorous strings on the album’s title track, which again draws influence from Debussy, although a hint of jazz finds its way into the mix in certain sections. In the next track called “Faith,” strings are also featured prominently, alternating between more sustained sounds and staccato passages. I must devote some extra attention here to one of the album’s most intriguing pieces, one with a unusual musical 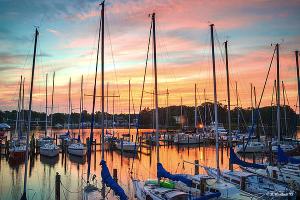 juxtaposition, and an interesting source of inspiration. The track is called “Nightwatch,” and draws from Peter’s early life experience of having a teen summer job as a night watchman at a public marina on Long Island, NY. In his words: “When making the rounds every hour, I would have my radio in the window sill playing jazz and classical music that I could hear while walking the docks. All this was framed by the sounds created by the metal riggings hanging from the masts on all the sailboats. As the wind blew or waves hit up against the boats, they would rock and the metal on the riggings would hit up against the masts and create a random, gamelan-like soundscape every night that I loved hearing.” In this piece, an exotic ethnic rhythm that sounds like Indonesian gamelan or perhaps African thumb piano (kalimba) forms a light percussive background for Peter’s lush orchestration, with a jazzy piano interlude in the middle.

The album draws to a heavenly conclusion, with the appropriately titled “Chorale.” As the only track without piano, this one features strings and layered voices. Although it would be natural to draw a reference to Enya, the sound here evokes a more sacred, cathedral-like ambience, revealing yet another facet of Peter’s musical spectrum. With the level of skill and creativity he reveals as a composer, arranger, and performer, it’s easy to see why Peter has been so successful in his professional career. I was entranced from the album’s opening track, and continued to be impressed as each new piece unfolded. It’s rare to find an artist this adept at so many genres, and able to remarkably blend them together into a cohesive and continuously captivating listening experience. Peter’s goal for his music is clear, and in his words: “What I mostly hope to achieve with this effort is to create music that tells stories in sound and can touch people’s hearts.” To which, all I can add is: mission accomplished.