In my more than 30 years as a new age music journalist and reviewer, I’ve seen and written about a number of albums specifically created to attune the energy centers or chakras of the body and spirit. However, God of Drumby Kari Hohne, who records under the name of Get Tribal, is certainly one of the most unique. She describes the album as “a collection of percussion-based tribal music inspired by the thunder deities of world mythology.” Kari goes on to say: “Ancient cultures revered thunder as the divine element that activated spring’s rebirth. Using drums, they synchronized the heart, mind and soul with the vital life force. Its circular shape offers a mandala connecting the world of spirit to the vibration of intention. Through the pounding of the drum, the heart awakens to its vitality allowing us to achieve higher states of awareness.” The 10 tracks on this album draw from various traditions and cultures of the ancient world to stimulate and focus energy on the seven major chakras, as well as two higher or “transpersonal” centers.

The fact that this is a distinctive approach to chakra music and includes a wide variety of elements and influences is not surprising given the multitude of diverse facets that Kari’s life reflects. In addition to being a musician, she is also a Tai-Chi teacher, dream analyst, best-selling author, language and culture preservationist, master diver, app designer, business consultant, and world traveling student of shamanism. 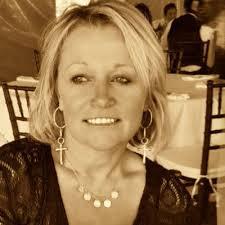 Her extensive research into archetypes, mythology, and shamanic studies is particularly evident in the music heard on God of Drum. According to Kari: “Each track was composed based on an archetype and shamanic drumming pattern from different parts of the world.” As can be expected, there is a broad spectrum of ethnic instruments, while her parallel interest in electronic music brings in synthesizers, samplers, and other contemporary sounds. I particularly like this part of her bio, which says: “Through the primal sensuality of ancient drum rhythms and the power of the human voice, we are inexorably linked to a deeper sense of self and our place in the universe. By meshing these two elements with electronic music technology, she has bridged the chasm between our ancestors and ourselves.”

So lets cross that bridge and delve into the intersection of archetypes and healing sound. As I mentioned earlier, a rhythmic percussion-based approach to chakra attunement is quite unique. However, in a way, rhythm is the foundation of life. From before we are born till the moment we die, the beat of our heart marks the time of our existence. Kari believes that drumming has its own melodic tonality. It engages the heart and can lead the listener on a journey of awakening to empowerment. In her words: “I purposely created the rhythm in a way that connects with the body – moves upward through the body and feel that percussion has its own tonality. It’s funny because meditation music is generally soft and soothing – I purposely sought to unlock energy.”

And the unlocking of that energy begins on track 1 which relates to the first, or root chakra, and abundance, as well as our sense of survival, self-preservation, and security. This piece is called “Wakinyan” and is from the Native American culture. The focus of this music is for grounding, and there is powerful stimulating “medicine” in the sound of the earthy drumming, rainstick, flute, and chanting. While the second track, “Loucetious,” named for the Gaelic thunder deity, draws from a vastly different culture, it was interesting to note the similarity of the primal energy evoked by the thunderous drumming. Along with the sound of additional percussion, bagpipe, and vocal chant, the music reminded me of something you might hear on a performance of Riverdance or Lord of the Dance, with the rows of Irish dancers displaying their intricate footwork, and arms held tightly by their sides. In this context, though, the music is intended to stimulate the second chakra and awaken our buried passions.

Although I’ve studied about the chakras, I was interested to read that the area which track 3 is intended to 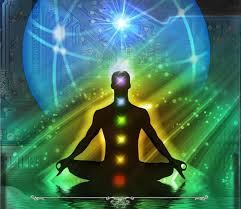 stimulate is a term I wasn’t familiar with: “dantian.” After reading a bit about it, I learned that this point is considered our reservoir of qi, or vital life force in Asian practices such as qigong and martial arts. Hence, the music for this track features indigenous Chinese drums and percussion, flute, and koto-like stringed instrument, as well as piano. The percussive energy of this piece is lighter in comparison to the intensity of track 4, “Donnar,” named for the Norse thunder deity. In contrast to the dynamic drumming is the more atmospheric quality of Gregorian choir, along with strings and French horn. This relates to the solar plexus chakra and the awakening of our will and personal power. Moving up to the heart center is track 5 with a light and lively Celtic melody where the percussion is supported by fiddle and flutes, which I found quite uplifting.

As can be expected, on track 6, which represents the throat chakra, and our center of expression, there is a chanted vocal along with Afro-Caribbean percussion and marimba. Track 7, is inspired by the Mesopotamian storm deity, Adad. In addition to the Middle Eastern vocal, a stringed instrument called an oud, and indigenous percussion, are some interesting contemporary sampled drum sounds. This center reflects the brow chakra or third eye, which is the seat of our intuitive awareness and sense of wonder. The eighth track relates to the final of the more commonly known chakras – the crown chakra located at the top of the head and is the entry point of higher spiritual energy. The thunder deity associated with this piece is Teshub, with music of Anatolia, or Asia Minor. With it’s Middle Eastern percussion, Gregorian chant, and sitar, this represents a real blending of east and west and illustrates the transcending of boundaries as a characteristic of this center. The last two tracks represent the aforementioned transpersonal chakras, which exist outside the body on a soul or universal level. Track 9 has a Mayan instrumental theme, while track 10, the spirit chakra, evokes the sound of India. 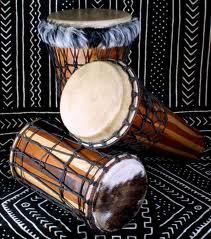 While I have covered a lot about the metaphysics behind the music, and it can be helpful or interesting to know, ultimately it’s also fine to just press “play” and go with the flow. This album is a spirited multi-cultural musical experience that anyone can enjoy and groove to. But at its heart, God of Drum by Get Tribal is created as a musical tool for unlocking energy to create harmony and balance. The emphasis on earthy rhythms and world music influences make this one of the most notable offerings in this particular genre. A lot of vision and creativity went into sonically designing each track, and it shows. For me, this album was a pleasant surprise, and one I’d recommend in a heartbeat.