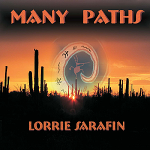 People choose to play a particular instrument for a variety of reasons. For Lorrie Sarafin, it was the actual sound – the timbre and tonality, as well as the feelings it evoked that led her to purchase a Native American Flute and seek to unlock its magic. It was 16 years ago that she was captivated by the haunting melodies played by a master of the instrument, R. Carlos Nakai at the 1993 Scottsdale Arts Festival in Arizona and she knew right away that she had heard the call of the piper, the spirit of Kokopelli. Without any formal training, she took to the Sonoran Desert to practice in solitude. According to Lorrie, it is the desert that taught her how to play – her teachers being the wind and all things in nature. It is interesting that she has such an affinity for these wild open spaces of the Southwest, having been born and raised in Connecticut and living in New York City for 10 years where she was a producer/engineer for the RKO Radio Network, before finding her way to Arizona in the early 90’s. But the soul knows where it feels at home. In Lorrie’s, words, “When I am in the desert and I can hear the quail, the doves, the cactus wrens, the coyotes, the hummingbirds,and see javelina, jackrabbits, roadrunners, hawks, and all the various life forms which eke out their survival in this environment – I can feel the whole web of life and it’s interconnectedness.”

It’s been a long journey from playing her music to the birds and the wind, to becoming a recording artist who just released an award-winning CD. Lorrie’s Many Paths album has recently been named as the Best Native American Album for 2011 by Zone Music Reporter.com, where broadcasters who have reported Top 20 Playlists during a particular time period chose the category nominations and category award winners. According to Lorrie, “I never ever thought I would ever make a music CD let alone win an award. All I ever wanted to do was to be able to play the flute beautifully and hope that it would serve as a healing balm to those who needed to heal. I can only hope that in some small way I have served that purpose.” 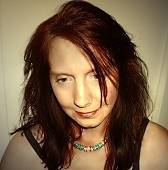 While her debut album, Second Wind, was primarily a solo effort, Many Paths is expands the musical palette by including the tonal colors of keyboardist Rod Ibieta, originally from Chile, Susan Rivers on Celtic harp, and multi-award winning Australian pianist Fiona Joy Hawkins, whose own albums I have had the pleasure of reviewing on two separate occasions. Adding even more sonic diversity, there are times on the recording where the flute track has been electronically manipulated to create ethereal effects and synthesizer-like textures. Lorrie characterizes her music as “Healing soundscapes inspired by the Sonoran Desert,” and while there is no mistaking that resonance, the scope of influence on this CD is actually much wider and extends beyond… to the Australian Outback and the heights of the Himalayas. With song titles like “Celestial Seas,” “Shifting Sands,” “Mountain Temple Mist,” “After The Rain,” and “Fire On The Water” it is clear that nature plays a major role as her source of inspiration.

The opening track, entitled “The Last Buffalo,” paints an expansive desert vista that blends atmospheric ambience with tribal beats, which draws the listener in right from the start. For Lorrie, the symbolism of the last buffalo goes beyond the animal itself to all forms of life currently on our planet – including us, if we are not careful. The second track, “Arrival” is one of my favorites and showcases Lorrie’s collaboration with Rod Ibieta on a jazzy tune that has just the right combination of movement and mellowness to keep your toe tapping while you are chilling out to it. And speaking of collaborations, on “Celestial Seas” Lorrie is joined by Fiona Joy Hawkins who adds her elegant and eloquent grand piano accompaniment to Lorrie’s electronically processed flute, synthesizer, and ocean sounds to create a dreamy soundscape reminiscent of the classic new age music of Steven Halpern. On “Shifting Sands,” the crystalline arpeggios of Susan River’s Celtic harp sparkle and dance as Lorrie’s soulful flute glides above like a hawk circling on the wind. 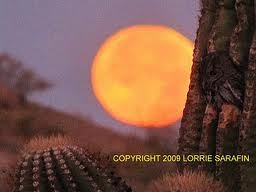 Earthy sounds of hand drums, percussion, rattles, and didjeridoo contrast with airy flute and atmospheric synthesizers providing an Aboriginal vibe on “Dreamtime.” On the next track, we are transported in an instant from the vast arid Outback to the lofty peaks of the Himalayas as “Mountain Temple Mist” creates an equally ethereal, yet decidedly more Oriental ambience. Continuing with the Eastern vibe, “Om” is Lorrie’s tribute to meditation and features some interesting and innovative flute effects. “After The Rain” marks a thematic homecoming to the Sonoran Desert, literally, with the flute having been recorded in Lower Antelope Canyon on the Navajo reservation in Arizona, and is a tribute to the 11 people who tragically lost their lives in a flash flood there in 1997. Featuring one of the album’s most organic collaborations, a bird can be heard in the background singing along with Lorrie’s flute playing. The CD closes with the title track and comes full circle to a similar kind of percussive groove heard on the opening track with Lorrie’s evocative flute playing inspired by the “many paths” we take on our various spiritual journeys. Music videos of some of the songs on the album can be seen on Lorrie’s website and youtube.

This is but a small sample of the musical experiences that await the listener. Each song is, in itself, a pathway beckoning you to a diverse landscape, conjuring imagery of exotic places both inner and outer. Many Paths is a significant step in the creative evolution of a talented artist I’m sure we’ll be hearing more from.

All nature photos on this page by Lorrie Sarafin.